Well, the headline might be a bit dramatic, but it illuminates an important point. Namely, technology must be used in conjunction with good judgment and common sense, not as a stand-alone panacea.

Lawsuit Filed, or Was It?

Kevin Rollins, a Home Depot employee, injured himself while moving a bathtub for his employer. He filed a personal injury lawsuit. (Apparently, his employer is a nonsubscriber to workers’ compensation.) 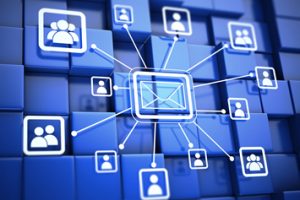 In federal court, a lawyer needs to let the clerk’s office know whether it agrees to receive court documents via electronic transmission. It’s the common practice in all federal courts, including here in Texas, where the lawsuit was filed.

The parties agreed a request to dismiss the lawsuit had to be filed by May 11, 2020. Any responses had to be filed within 14 days of the request being entered. So far, so good.

Turns out, the request for dismissal was sent to Rollins’ lawyer via electronic transmission but ended up in a file designated as “other” (i.e., junk) and not in the regular e-mail file. Oops!

The 14 days came and went, and no one filed a response to Home Depot’s motion. So, the court thought, “OK, time to grant dismissal!” The court did so on May 27, and the dismissal order also ended up in Rollins’ lawyer’s junk folder.

The lawyer didn’t learn about the dismissal until later in June. How? He called up Home Depot’s counsel to see if a settlement could be reached and was essentially told, “I hate to break this to you, but the court tossed the claim!”

Well, Rollins’ lawyer acted at once, filing all sorts of requests with the trial court and asking for forgiveness and lawsuit reinstatement. The court said, “no dice.” An appeal followed.

Yes, as you might imagine, the law has a rule covering Rollins’ attorney’s situation. Here it is: The dismissal stands unless the trial court committed “manifest error.” No relief is available if the failure to file was within the lawyer’s “reasonable control.”

Manifest error? That’s right, the appeals court said Rollins’ lawyer was in the best position to know if his e-mail system was off-kilter. And the law helps those who help themselves. That wasn’t the case here.

Rather than taking an ostrich-like attitude of self-delusion, the lawyer could have thought to himself: “You know, it really is odd that Home Depot didn’t file a motion to dismiss. Employers almost always do that. Let me check!”

Had the attorney done so, he would have learned the request had been filed and realized once again that, well, he (like most of us) just isn’t that lucky. Thus, the trial court’s dismissal was left undisturbed. Rollins v. Home Depot (5th Cir., August 9, 2021).

The above subhead basically starts and ends my knowledge of how to fix a computer glitch. We take no joy in a brother or sister lawyer running into junk-mail issues or a client arguably losing a valid claim over a computer malfunction. Still, we have to deal with what life doles out to us as opposed to simply saying, “It is what it is.” The second infantilizes us while the former empowers us. What can be done?

Proskauer is a well-regarded law firm based in New York City. One of its labor and employment lawyers was representing The New York Times and leading the efforts to fend off a union trying to represent the newspaper’s employees.

The lawyer (a relatively young partner) sent an e-mail providing clients with details about the campaign strategy and tactics. Yes, you guessed it: On the “CC” line was the address for the lead organizer from the union seeking to represent the employees.

So, mistakes can happen with a solo attorney or a lawyer at one of the country’s biggest firms, or with a somewhat aged lawyer like myself or a millennial. Bottom line: Put in place some bells and whistles to catch and stop goof-ups from happening.

Michael P. Maslanka is a tenured professor at the UNT-Dallas College of Law. You can reach him at mmaslanka@untdallas.edu. To read more on the subject, check out “Oops! Biglaw Partner Sent Private Strategy Presentation to Adversary in ‘CC’ Snafu” by Joe Patrice for “Above the Law,” August 13, 2021.