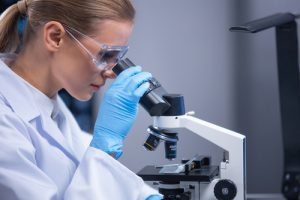 Four employees in safety-sensitive positions at a Casey’s General Stores distribution warehouse lost their jobs after random drug testing. At the time of the testing, two of the employees were on light-duty working in what was known as “the cage,” an area of the warehouse surrounded by chain-link fencing on all sides. The other two workers operated forklifts and had duties that included lifting heavy objects.

Three of the employees tested positive and were terminated. The fourth failed to provide a sufficient sample and left the premises, which Casey’s considered a voluntary resignation. All four then sued the employer, claiming it had violated Iowa’s drug-testing statute. The arguments on appeal included:

Section 730.5 is a lengthy statute with extensive requirements and exceptions. Iowa employers choosing to implement workplace drug testing must carefully navigate the law to avoid liability.

The Iowa Supreme Court has previously determined portions of the drug-testing statute require only substantial, not strict, employer compliance. In the present case, the court made a point to clarify the same standard should be applied to the entirety of Section 730.5.

Substantial compliance is “compliance in respect to essential matters necessary to assure the reasonable objectives of the statute.” While the standard provides you with some wiggle room for error, it still offers a clear line for you to know when a mistake still constitutes substantial compliance.

Courts will be left to make factual determinations about whether failure to comply fully with each relevant provision of the statute still upholds the key goals and purposes of the law so as to save the employer from liability. To reduce the risk of litigation or liability, you should still make all efforts to comply with Section 730.5.

Iowa’s drug-testing statute includes a provision offering immunity to employers if they meet certain statutory requirements. Casey’s sought a broad application of the immunity provision. Its argument: Once an employer establishes and initiates a drug test according to Section 730.5, any action by an employee under the statute should be barred if the company, in good faith, “takes action after [the individual] tests positive or refuses to submit to a test.”

The supreme court disagreed with Casey’s, finding its application of the statute would allow employers to escape liability even if they hadn’t complied with the requirements. Instead, the court found the immunity provision protects employers from claims falling outside Section 730.5, such as invasion of privacy or wrongful termination.

Employers may conduct unannounced, suspicionless drug testing on employees designated in a pool for safety-sensitive positions at a particular worksite. According to the statute, the positions include jobs “wherein an accident could cause loss of human life, serious bodily injury, or significant property or environmental damage.”

The two litigants who had worked in “the cage” at the warehouse argued they were improperly placed in the pool of safety-sensitive positions. Casey’s countered, as the employer, it should have the discretion to decide what jobs were “safety-sensitive” based on its business judgment.

The supreme court majority found the employees in “the cage” weren’t properly classified as holding safety-sensitive positions. Therefore, they shouldn’t have been part of the pool that was tested.

The majority argued an employee’s specific job functions should be analyzed to determine the risk of harm posed by individuals using drugs or alcohol at the workplace. The court felt Casey’s had improperly focused on the environment where the work was performed and not the job functions when classifying the employees.

The four employees challenged the process Casey’s used to determine which workers would be tested, specifically (1) how the pool for testing was identified and (2) the use of a random selection process. They argued the employer included individuals who weren’t scheduled to work on the testing day and excluded others who should have been covered.

A third-party vendor conducted Casey’s selection process and received a list of employees scheduled to work on the testing date. Between the time the list was provided and the testing occurred, more than 20 employees had either switched shifts, were approved for leave, or called in sick on the day of the event.

The court found the shift changes and the inadvertent exclusion of a handful of employees still constituted substantial compliance by Casey’s. After all, requiring perfection in the selection process would be nearly impossible for employers to achieve.

Chance to Provide More Info, and List of Drugs to be Tested

On the testing date, Casey’s told workers to avoid disclosing any personal medical information. Section 730.5 provides employees must be given the opportunity to submit any details considered to be relevant to the test, such as the prescription drugs they may be taking.

Notably, Casey’s didn’t prevent those who tested positive from submitting the personal information at a later time. The court held the approach was satisfactory. After all, the statute doesn’t include a requirement about when an employee must be given the opportunity to provide information, only that the chance is given.

Again, the court found Casey’s action amounted to substantial compliance. It made a careful point, however, to caution employers about the timing of providing the required list to employees, suggesting the safest route was to share the list at the time of testing. Dix v. Casey’s General Stores, Inc.

While the supreme court’s decision eases the burdens of Section 730.5 compliance for employers by requiring substantial, instead of strict, adherence, you should continue to approach Iowa’s workplace drug-testing statute with caution. Specifically, you should review:

Katelynn T. McCollough is an attorney with Dentons Davis Brown in Des Moines. You can reach her at katelynn.mccollough@dentons.com.