A federal district court in Massachusetts recently issued a decision that serves as a good reminder to employers to review their policies related to employee drug or alcohol use both on and off duty and ensure they are consistently applied. While the case involved a unionized employer, even nonunion employers should review the decision because it may help protect them from liability. 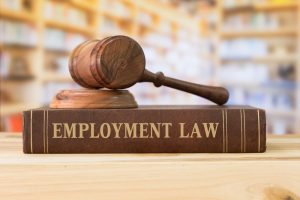 Colonial Wholesale Beverage (a beer and wine distributor) and the union representing some of its employees were parties to a collective bargaining agreement (CBA). Under the agreement, the company needed “just cause” to terminate union members.

After Michael Jenney, a truck driver with a commercial driver’s license (CDL), tested positive for cocaine during a routine drug test, Colonial terminated his employment claiming his positive drug screen violated its drug use policy. Under the terms of the CBA, the union filed a grievance, and the case was presented to an arbitrator.

The arbitrator found there was no just cause for termination and ordered Colonial to reinstate Jenney. As permitted by law, the company turned to the court asking it to vacate (toss out) the arbitration award.

In conducting its review of the arbitration award, the court had to accept as true the facts the arbitrator found. Notably, before his termination, Jenney had worked for Colonial for approximately 17 years and had no prior disciplinary record. The company had a policy in its employee handbook addressing drug testing, drug use, and the ramifications for testing positive.

In his decision, the arbitrator focused on two provisions in the handbook: (1) it prohibited “the unlawful manufacture, distribution, dispensation, possession or use of controlled substances while on the job;” and (2) it also prohibited employees from “reporting to work or working while under the influence of drugs or alcohol.”

To be clear, there was no evidence Jenney went to work under the influence of cocaine, which means Colonial terminated him for off-duty cocaine use. Although the handbook did state the company was “committed to creating a drug-free and substance abuse-free atmosphere,” it didn’t use the phrase “zero tolerance” or say a violation of the drug or alcohol policy will always warrant termination.

The handbook’s language wasn’t as precise as the company believed it to be. In addition, in the past, Colonial had declined to terminate other employees who temporarily lost their CDLs when they were charged or convicted of driving under the influence while off-duty.

Lastly, the union presented evidence at the arbitration that a Colonial HR department document permitted employees “one chance to rehab with a certified substance abuse professional (SAP).” The posted document provided that once the certified SAP deems the employee free of drugs, he would be allowed to return to work.

After finding out he tested positive for cocaine, Jenney actually admitted to using cocaine 10 days earlier at a house party but described it as “a one-time use based on a bad decision he made.” To his credit, after the termination, Jenney was evaluated by a certified SAP, completed all steps of the plan they developed together, including abstinence from drugs and alcohol confirmed by urine testing. As a result, his SAP cleared him to return to work, but Colonial continued to refuse to reinstate him to his previous position.

Ultimately, the arbitrator found Jenney violated Colonial’s drug policy by testing positive for cocaine. He also found, however, based on the language of the CBA and the handbook, that the company didn’t have a zero-tolerance policy for drug or alcohol offenses. Rather, he determined it violated its own policy by not allowing Jenney to return to work after he completed the plan developed with his SAP.

Based on the findings, the arbitrator concluded Colonial didn’t have just cause to terminate Jenney’s employment but did have just cause for some less severe discipline. Accordingly, he reinstated Jenney but didn’t award him back pay, thereby effectively upholding an unpaid suspension as the appropriate discipline.

The court found no reason to vacate the decision and confirmed it. Then, it went a step further and, as requested by the union, found Colonial should pay the union’s attorneys’ fees after finding the company’s filing in court to vacate the arbitration award was irrational and frivolous. Colonial Wholesale Beverage v. Local 59, International Brotherhood Of Teamsters, Docket No. 1:20-CV-12136-DPW (D. Mass. July 2021).

Most employees are at-will, which means they can be terminated for any reason, as long as it isn’t illegal. Firing an employee for testing positive for illegal drugs in violation of a drug use policy isn’t illegal.

Meaghan E. Murphy is an associate at the firm of Skoler, Abbott & Presser, P.C., in Springfield, Massachusetts. Meaghan can be reached at mmurphy@skoler-abbott.com.