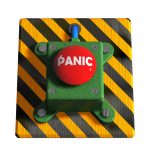 by Whitney Brown On August 26, a TV reporter and cameraman were fatally shot by a former coworker while on location doing a live interview in Roanoke, Virginia. That same day, a sous chef at P.F. Chang’s in the Northshore Mall in Peabody, Massachusetts,  was stabbed to death by a coworker. Just this week, a […]

by Kimberly A. Klimczuk Employers with operations in Massachusetts can finally get a look at proposed regulations concerning the earned sick time law that goes into effect July 1. The new law requires employers with at least 11 employees to provide paid sick leave. Employees will accrue paid sick leave at the rate of one […]

by Susan Fentin Employers in Massachusetts with at least 50 employees are now required to allow employees who are victims of domestic violence to take up to 15 days of unpaid leave within a 12-month period to deal with the violence. The law, which went into effect August 8, also allows leave for covered family […]

Employers in New Jersey with at least 25 employees must provide up to 20 days of unpaid leave to employees affected by domestic violence as of October 1, when the New Jersey Security and Financial Empowerment (SAFE) Act takes effect. Under the law, employers must allow leave to any employee who is a victim of […]

The Violence Against Women Reauthorization Act passed its last congressional hurdle February 28 when the House voted 286-138 in favor of the Senate-approved version of the bill. President Barack Obama has promised to sign the measure. The original Violence Against Women Act (VAWA) passed in 1994. The most recent version expired in October 2011, and […]

On Monday, Dec. 22, 2008, the Milwaukee Metropolitan Association of Commerce (MMAC) filed a lawsuit in Milwaukee County Circuit Court asking the court to find that the Milwaukee Sick Leave Ordinance, passed through referendum in November and set for enforcement beginning in February, is invalid and unenforceable. The MMAC is also requesting that the court […]