A recent article on LinkedIn highlights the growing trend of using telecommuting as an employee benefit. More and more job candidates are negotiating the opportunity to work from home at least 1 day (or more) a week. As remote work continues to rise in popularity, it makes you wonder: Will these digital nomads make up […]

Memorial Healthcare Systems (MHS) has paid the U.S. Department of Health and Human Services (HHS) $5.5 million to settle potential violations of the Health Insurance Portability and Accountability Act of 1996 (HIPAA) Privacy and Security Rules. MHS has also agreed to implement a robust corrective action plan. MHS is a nonprofit corporation which operates six […]

U.S. employers are cautiously optimistic about hiring plans going into Quarter 1 2017, according to the latest ManpowerGroup Employment Outlook Survey. The Net Employment Outlook for Quarter 1 2017 is +16%, a decline of two percentage points compared to the previous quarter, taking into account seasonal variations. Anticipated hiring in Q1 2017 is relatively stable […] 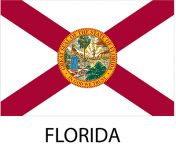 By Tom Harper, The Law and Mediation Offices of G. Thomas Harper, LLC Imagine you have a worker who is nearing retirement. His son agrees to learn the position in anticipation of taking over when his father retires. You don’t pay the worker’s son, even though he performs some work for you. Is the worker’s […]

by Lisa Berg Effective October 1, Florida business owners will have a new civil remedy in the event they’re harmed by unauthorized access to their computers or information stored on protected computers. Under Florida’s Computer Abuse and Data Recovery Act (CADRA), businesses can pursue a civil action for “harm or loss” suffered as a result […]

On May 31, the Eleventh U.S. Circuit Court of Appeals upheld a lower court’s decision awarding $923,656 in back pay to a terminated employee of the Federal Railroad Administration (FRA), an agency of the U.S. government. The decision shows the damages available to employees that prove retaliation based on the filing of an Equal Employment […]

The Constitution mandates that the United State’s residents be counted every 10 years to determine the number of seats each state receives in the U.S. House of Representatives. The U.S. Census Bureau has begin releasing the results from the 2010 Census, and here are the first strokes in the “new portrait of America” it paints: […]

by Thomas Harper, Harper Gerlach PL In a very close election, Republican Rick Scott, a virtual unknown who received heavy Tea Party support, has been elected as the new governor. Scott, a multimillionaire with a background in health care administration, has lived in Florida for seven years. He was heavily criticized during his campaign by […]

The Fair Labor Standards Act (FLSA), the federal law that governs wages and overtime pay, has been the topic of numerous articles in state Employment Law Letters.  We’ve reported on the rise of wage and hour lawsuits filed state courts and we highlighted what federal courts consider “acceptable terms” for an FLSA settlement agreement What […]

The Fair Labor Standards Act (FLSA) sets the minimum wage and overtime pay requirements for employers. Within the FLSA, there are record-keeping requirements, including a list of 15 types of information employers must keep for up to three years. Compliance is not only required by law, but it can also be very helpful in the […]