A recent article on LinkedIn highlights the growing trend of using telecommuting as an employee benefit. More and more job candidates are negotiating the opportunity to work from home at least 1 day (or more) a week. As remote work continues to rise in popularity, it makes you wonder: Will these digital nomads make up your entire workplace one day? 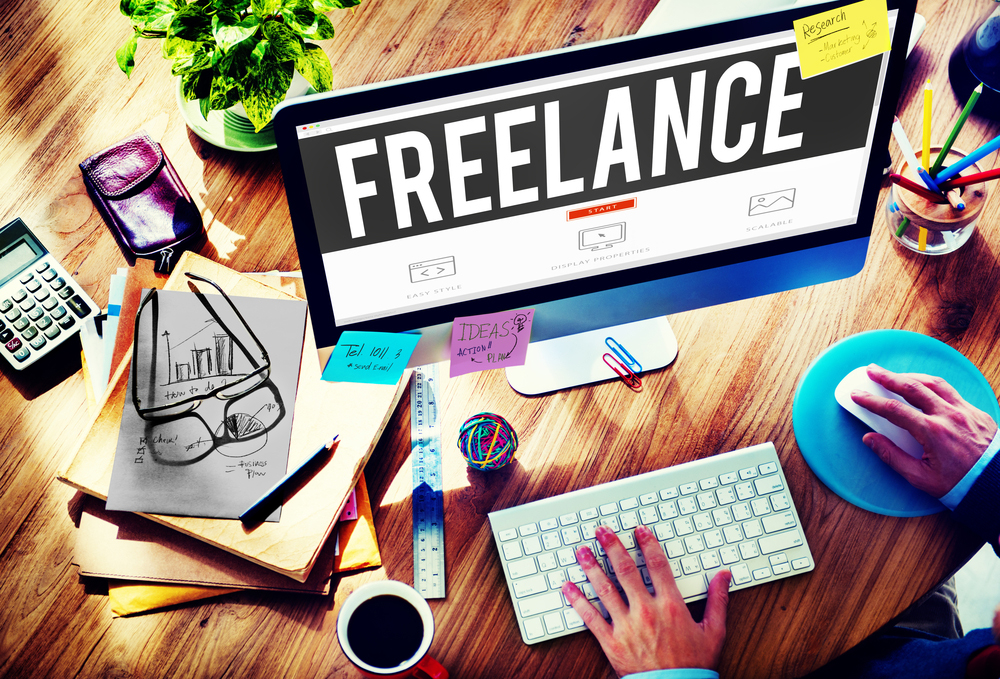 However, there may come a time when your entire workforce consists of freelance workers, as it appears more and more full-time employees are jumping ship to become their own bosses in the gig economy.

According to a new report released by Upwork and Freelancers Union, more people than before see freelancing as a long-term career path. The sixth annual “Freelancing in America: 2019” (FIA) study—which surveyed more than 6,000 U.S. workers over the age of 18—estimates that 57 million Americans freelance.

The 5 Most Notable Findings

“Freelancing is a respected, long-term career path,” says Stephane Kasriel, President and CEO of Upwork. “It’s remarkable to see this way of working empowering the youngest generation more than any prior generation and also to see the ways freelancing is opening up opportunities for inclusion in the workforce. Companies that want access to skilled professionals who are proactively training themselves and incredibly self-motivated should turn to independent professionals. The future of work is now, and they are leading the way.”

“With a strengthening labor market, we will increasingly see people work on the terms that they prefer, and for many that means freelancing,” says Adam Ozimek, Upwork’s Chief Economist. “The stronger economy provides more optionality and opportunity, and as a result, more people are seeing freelancing as a long-term choice, and fewer are doing it on a temporary basis. Freelancing already has an economically significant impact on the U.S. economy, and these compositional shifts will be important to understand as we near full employment.”

“The 2019 Freelancing in America report shows that freelancing has become a long-term career choice for an increasingly diverse group,” says Caitlin Pearce, Executive Director of Freelancers Union. “More than one in three Americans are freelancing. But this workforce continues to face significant challenges in being able to access affordable healthcare and fundamental protections so they can get paid fairly and on time for the work they do. As freelancers are 18 percentage points more politically active than the general population, policymakers are advised to listen to their voices ahead of next year’s Presidential election.”

The FIA report finds that the 57 million Americans who freelanced this year represent 35% of the U.S. workforce and an increase of 4 million freelancers since 2014. Additional insights include:

So, what does the future have in store for freelance workers? According to the FIA study, 91% of freelancers say the best days are ahead for freelancing, a 14-percentage-point increase since 2014.

Nearly all (96%) freelancers say the freelance job market has changed in the past 3 years. Among those who have seen change:

If you haven’t already figured it out, freelancing is here to stay! Just consider these additional findings:

The FIA study also includes insights into how freelancing impacts the U.S. economy, freelancer lifestyles, and more. Freelancers contribute nearly $1 trillion in freelancing income to the economy—or nearly 5% of U.S. GDP. In terms of compensation, freelance workers receive a median rate of $20 per hour, compared with a median of $18.80 for the U.S. overall.

Freelancers doing skilled services have a median rate of $28 an hour. This means the median skilled freelancer earns more per hour than 70% of workers in the overall economy.

The top reason full-time freelancers choose to freelance is schedule flexibility. In fact, 46% of freelancers agree freelancing gives them the flexibility they need because they’re unable to work for a traditional employer. Among those, 43% have health issues. This means that one out of five freelancers faces health challenges that would prevent him or her from working if it weren’t for freelancing.

Additionally, 71% of freelancers agree freelancing gives them the opportunity to do their work from anywhere they choose. Many freelancers would consider moving, with 7 in 10 interested in options other than a large city if opportunities were the same. So where do freelancers work?

A different study—”America’s Best Cities for Freelancers 2019”—highlights which locations are the best for freelance workers. The top five locations include:

The top five locations that are the worst for freelance workers include:

To determine these rankings, Neighbors.com—which released this particular study—analyzed data from more than 150 cities and compared those cities across five metrics: median rent; average Internet speed; number of coffee shops per capita; income taxes (based on the median freelancer income of $52,074); and ease of getting around that is based on the average of a combined walkability, transit, and biking score.

What’s interesting to note is the “coffee shops” metric that was used to gather data. This emphasizes the fact that remote work can be done anywhere and almost everywhere there is an Internet connection!

Freelancers and nonfreelancers share most of the same top concerns, including access to affordable health care, a healthy savings account, retirement funds, and being paid fairly.

Freelancers’ Perspectives on Skills and Training

One perk about hiring freelancers to fill vacant positions is that you don’t have to include them in your company’s professional development programs, as these workers are meant to be temporary, not permanent.

However, FIA finds that 89% of freelancers wish their education better prepared them for freelance work. If they could go back, 52% of freelancers say they would replace their college education entirely with training tailored to their current work.

One thing freelancers and employers have in common is the type of skills needed to perform the job—78% of freelancers agree that soft skills are at least equally as important as technical skills to succeed in their work.

The study is conducted by independent research firm Edelman Intelligence. Between June 7, 2019, and July 3, 2019, 6,001 U.S. working adults over the age of 18 were surveyed for it online. Of those, 2,117 were freelancers and 3,884 were nonfreelancers. Results are weighted to ensure demographic representation in line with the U.S. Bureau of Labor Statistics’ 2018 “Labor Force Statistics from the Current Population Survey” and the “American Community Survey.” The study has an overall margin of error of ±1.2% at the 95% level of confidence. To see further insights, please click here for access to the full results deck and other materials.