Under normal circumstances, the HR department represents the interests of the company in dealing with employee complaints, including external inquiries such as Equal Employment Opportunity Commission (EEOC) charges and lawsuits. HR investigates complaints, advises management, tries to resolve the complaints internally, and, if that isn’t successful, responds to external governmental and legal inquiries. 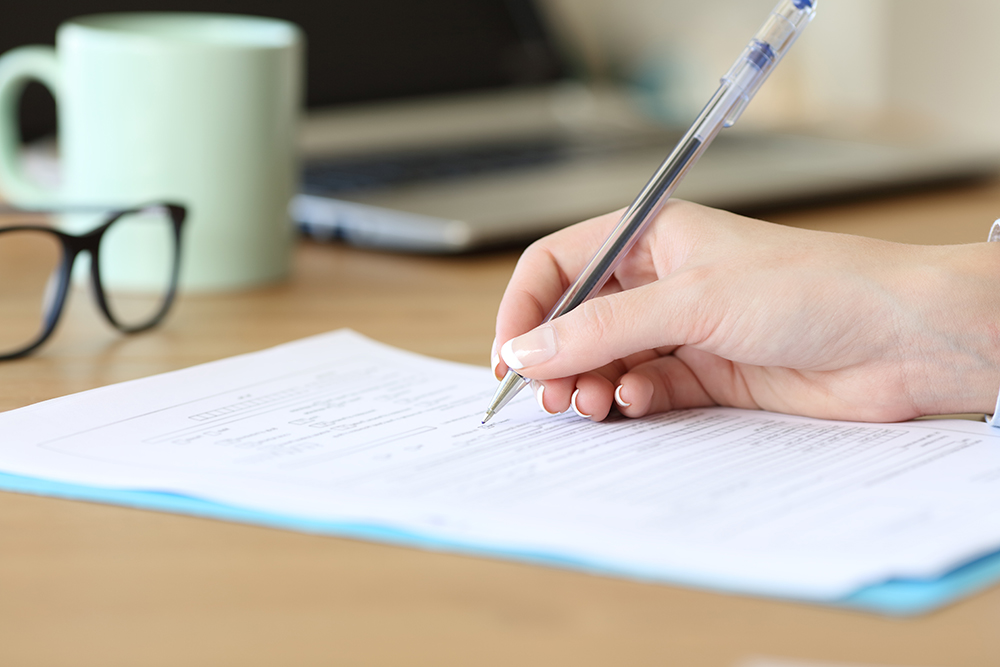 In the course of the department’s work, HR learns where many of the company skeletons are buried. But what happens when HR employees are the ones making the complaints? Does a company have the right to demand loyalty (and silence) from its HR staff? As you might expect, this is a thorny question of balancing the company’s and the employees’ respective rights—and it’s a question our federal court of appeals recently tried to answer.

In 2008, Kia hired Andrea Gogel as the team relations manager for its new plant in West Point, Georgia. At the time, she reported to Randy Jackson, who was the administration and HR director. Robert Tyler, the head of Kia’s HR department, also reported to Jackson. There were Korean counterparts, called “coordinators,” for each management-level position.

The department also helped employees understand the rules and guidelines of the workplace by offering training and development. When Gogel started with Kia, one of the training programs she taught was about compliance with American employment law—particularly Title VII of the Civil Rights Act of 1964—for Korean expatriates employed at Kia.

Gogel’s department also conducted investigations into policy violations, including attendance issues and allegations of harassment or discrimination. The exact process for those investigations depended on the seniority of the employees involved as well as the severity of the allegations.

At the conclusion of an investigation, Gogel would provide Jackson with the relevant facts and sometimes a recommendation.

In fall 2008, Gogel received a complaint from Diana Ledbetter about an inappropriate relationship between Ledbetter’s supervisor, Kisha Morris, and Kia’s president. Ledbetter asked to transfer to the team relations department because she felt Morris was abusing her position without fear of reprisal on account of her relationship with the president. Gogel then asked Jackson for advice on how to handle the matter, given the president’s position and the potential risk the relationship posed to the company. Jackson told Gogel she couldn’t investigate the complaint.

Separately, Kevin Kim, one of the Korean coordinators, asked Gogel to investigate how Morris was treating other people and whether she falsified her time, but he asked her to do so without investigating the president. Kim indicated Gogol should keep her investigation “very secret” and not tell Jackson about it. She began gathering the information he requested. But a few weeks later, Kim told her “to stop the investigation, not gather any more information, and destroy all information” she had collected.

Ledbetter made other complaints about workplace conduct as well. For example, unlike her male colleagues, she had to practice holding flowers and saying “Welcome, chairman” when greeting visiting male Korean executives. She was ordered to serve the executives wine and was called a geisha. When higher-level executives visited from Korea, she was forced to fill in for the normal receptionist because they didn’t think the receptionist was pretty enough. From 2008 through 2010, Gogel and Ledbetter met several times to discuss her complaints.

Who Knows EEO Better than HR?

In early 2009, Kia reorganized its departments to include “Head of Department” (HOD) designations. Tyler was made HOD for his own department (HR) as well as Gogel’s department (team relations). Gogel was the only woman in a similar management role and was the only one not designated as an HOD. She complained to Jackson about not receiving the designation.

Gogel concluded she wasn’t promoted because of gender discrimination and her investigation of Morris’ relationship with Kia’s president. She claimed she had observed “some extreme cultural differences between the Korean culture and American culture,” including with regard to “standard employment laws.” She also noticed Kim’s attitude toward her negatively changed following her discontinued investigation into Morris.

In November 2010, Gogel filed an EEOC charge against Kia alleging she wasn’t designated an HOD because of gender and national origin discrimination. Although she didn’t tell Ledbetter she had filed the EEOC charge, Ledbetter learned of the charge from other employees.

Around that time, Gogel met with Ledbetter and discussed Kia’s ability to address employee concerns about discrimination. Ledbetter asked whether she had retained an attorney to represent her. Gogel replied that she hadn’t but that she had chosen one to meet with, and she passed along the attorney’s name.

On Friday, December 3, Kia’s legal counsel and Jackson asked Gogel to sign a document stating she would “not discuss [her] EEOC charge or similar claims against [Kia] with Team Members and not use [her] position to solicit or influence Team Members to make claims against [Kia].” The document also purportedly prohibited her from seeking assistance from other employees in gathering information and from accessing files and documents that related to her claim or similar claims against Kia. She initially refused to sign it so she could discuss it with her counsel. As a result, she was asked to go home. On Monday, December 6, she changed her mind, decided to sign the document, and returned to work.

Tyler filed a separate EEOC charge on November 19, making his own allegations of national origin discrimination and retaliation. Like Gogel, Kia asked him to sign a document purporting to limit his ability to solicit others and limit his access to the company’s internal documents, and he did. Kia ultimately suspended him on December 16 and fired him on January 6, 2011, after an investigation into whether he violated the signed statement by stealing documents.

Meanwhile, on December 10, before she learned of Gogel’s and Tyler’s EEOC charges, Ledbetter filed her own charge, alleging race, gender, and national origin discrimination. She had concluded that doing so was her “only choice” to get Kia to listen to her. She filed her charge without encouragement or solicitation from Gogel or Tyler, and she didn’t tell them about her intent to file it.

Whose Side Are You On?

Kia received Ledbetter’s EEOC charge on December 23. Upon receipt of the charge, Jackson learned that Gogel, Tyler, and Ledbetter were represented by the same law firm. He e-mailed a coworker, explaining that “it looks like Bob and Andrea are recruiting others.” At that time, his belief that Gogel and Tyler had “recruit[ed]” Ledbetter was based only on observing that all three were represented by the same law firm. He didn’t want Gogel, as the team relations manager, “soliciting and encouraging other people to file lawsuits.”

On January 7, 2011, Jackson and Charlie Webb (Kia’s legal counsel) met with Gogel and accused her of colluding with Ledbetter to file an EEOC charge. They asked about her conversations with Ledbetter and said she violated the “agreement” she signed on December 6. She denied the accusations, explaining her recent meeting with Ledbetter wasn’t about EEOC charges and instead was about covering the cafeteria during the winter holidays.

At the conclusion of the meeting, Jackson said to Webb, “Just to be safe, why don’t we go ahead as planned.” They then suspended Gogel and instructed security to escort her out of the building.

Kia fired Gogel by letter because “one could conclude that [she] encouraged or even solicited [Ledbetter’s] filing of the charge” and “at the very least, there is an appearance of a conflict of interest.” Jackson later explained that when he wrote the letter, he was “totally convinced” Gogel “had solicited and encouraged other team members to file a lawsuit against the company.” He considered that conduct a violation of her job duties as team relations manager and said he “lost total confidence and trust in her to perform . . . job duties that she was hired to do, and [he] could not continue her employment with Kia.”

As you would suspect, Gogel sued for retaliation. The trial judge dismissed the case, finding that Kia had a good-faith belief that she had failed to perform her HR duties by encouraging other employees to take their grievances to the EEOC rather than try to resolve them internally. Gogel appealed.

The U.S. 11th Circuit Court of Appeals (whose rulings apply to all Georgia employers) acknowledged that deviating from an employer’s internal procedures to support another employee’s opposition can be a violation of job duties. It also recognized that when the manner of an employee’s opposition “interferes with the performance of his job,” it’s often unreasonable. But it didn’t find Gogel’s actions unreasonable.

Gogel repeatedly followed Kia policy in notifying Jackson of her complaints of sexism. He dismissed them as mere “opinion,” however, and conducted no investigation. And after Gogel met with Jackson, Webb, and Tyler to reiterate her concerns, Jackson ended the meeting, forbade Tyler from investigating the complaints, and then terminated the investigation without conducting any of his own fact-finding.

In the court’s view, the most important issue was how Gogel and Kia responded to Ledbetter’s complaints. Ledbetter repeatedly complained to Gogel about the work environment created by her supervisor’s relationship with the president.

In addressing her complaint, Gogel tried to use Kia’s internal framework, but Jackson forbade her from investigating. And soon after Kim secretly authorized her to conduct an investigation, he told her to stop and destroy any notes she had taken.

When Ledbetter complained more generally about sexism in her department—whether being forced to practice greeting male executives, pouring wine for them, or being called a geisha—and Tyler relayed those complaints, Jackson refused to do anything and dismissed the reports as mere “opinion.” Critically, once he decided a matter was unworthy of investigation or corrective action, Kia’s internal framework was exhausted.

Gogel had tried to use Kia’s internal reporting framework for years and gave Ledbetter the name of an attorney only after the framework had proven insufficient to handle her complaints. Because Gogel tried to use Kia’s internal framework, the court concluded her deviation from it furthered the purposes of Title VII without affecting Kia’s illusory efforts at voluntary compliance.

The court concluded that the manner of her opposition was reasonable and her conduct was protected from retaliation under Title VII. Gogel v. Kia Motors Manufacturing of Georgia (11th Cir., 2018).

What’s an Employer To Do?

An employer has a right to expect (and a legitimate need for) its HR professionals to work within its system to resolve employee complaints and other issues internally. That’s the job of HR. This case doesn’t mean you can’t enforce that expectation, but it does mean there are limits to how much loyalty you can demand.

When an HR professional tries to work within the system but the system throws up roadblocks to resolution, she has the protected right to go outside the organization for assistance.

Al Vreeland  is a founding member of Lehr Middlebrooks Vreeland & Thompson, P.C. and also edits the Alabama Employment Law Letter. He can be reached at avreeland@lehrmiddlebrooks.com.