In the Johnny Depp movie Charlie and the Chocolate Factory, Charlie Bucket’s father works in a toothpaste factory but is quickly replaced by robots that can do his job—screwing toothpaste caps onto tubes of toothpaste—at a fraction of the speed. Spoiler alert: At the end of the movie, Bucket’s father lands a job repairing the robots that had replaced him. 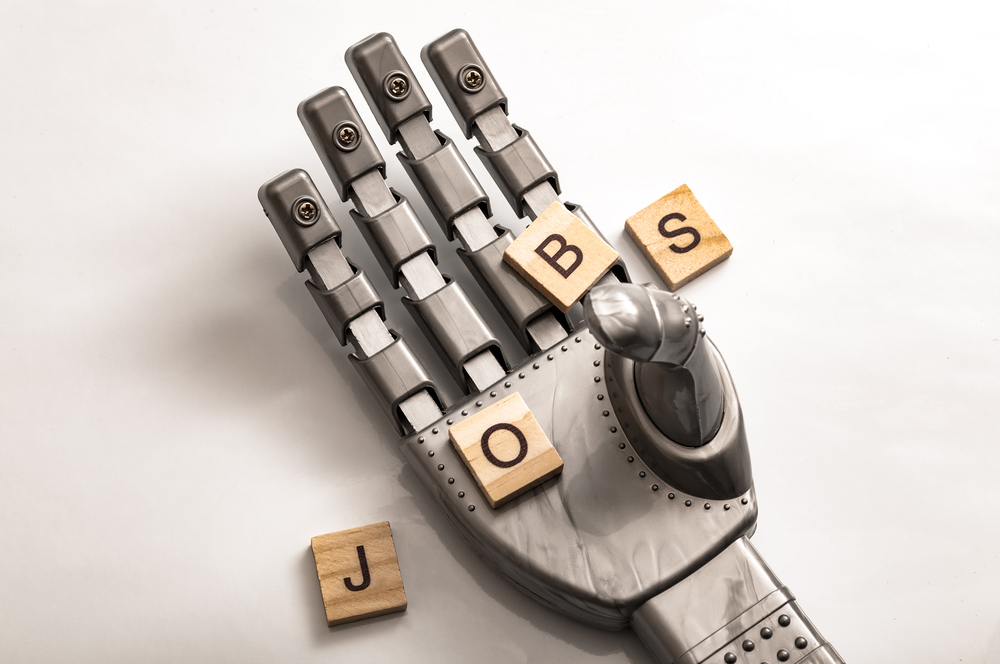 What does any of this have to do with the world of work? The above scenario is a gentle reminder that even though it may seem like robots and artificial intelligence (AI) are out to steal our jobs, there will always be a need for humans in the future of work.

And humans are starting to understand this. Although a new survey—conducted by Genesys®, a customer experience platform—reveals that U.S. workers believe they will be replaced by robots, a majority (67%) say they are not afraid that AI/bots will replace their own jobs within the next 10 years.

The survey also uncovers which roles respondents feel will be automated in the future, which include:

Some Jobs Just Can’t Be Done by Robots

U.S. employees working in education/training and as doctors, nurses, and/or caregivers are the least afraid that AI and robots will take their jobs within the next 10 years. However, employees who work in media and those with assembly-line/manufacturing jobs are most afraid that they’ll be outsourced to technology in the future.

Human Resources professionals, in the Genesys survey, identified data entry and retail/checkout jobs as the most likely to be replaced by AI and equally at risk. Employees working in customer service were more pessimistic, selecting retail/checkout clerk and telemarketer jobs as the most likely to suffer as a result of AI. As self-checkout becomes increasingly popular across retails in the country, this information should come as no surprise.

Surprisingly, though, transportation-related jobs—such as drivers—are believed to be among the functions most likely to be replaced by AI by only 16% of U.S. survey respondents. This response appears to indicate that participants are not paying close attention to the predicted revolution in autonomous vehicles and trucking fleets.

Equally interesting is that in spite of publicity surrounding automated restaurants and robot servers, particularly in Asia, only 17% of U.S. respondents see food service jobs as being in danger of AI. Survey respondents working within food service and transportation themselves ignore negative media coverage and point the finger at retail/checkout clerks and manufacturing positions as the most threatened.

Just over half (52%) of the U.S. employees surveyed expressed confidence in their skill set for competing in the AI-enabled workplace, but this could change, as an equal 52% said they don’t feel AI has impacted their jobs—yet.

“The American employees we surveyed have a generally positive view of technology in their workplaces, with 86% affirming its benefits. However, that doesn’t make them blind to how artificial intelligence could impact particular industries,” says Merijn te Booij, chief marketing officer for Genesys, in a press release announcing the findings. “The key is that humans and technology must work together. When implemented strategically and balanced with the human touch, AI can elevate the workforce by enabling employees to be more productive, accurate and fulfilled as they are positioned to enjoy the more complex aspects of their work.”

As AI and technology continue to infiltrate businesses across the country, it may be time to start training your workers on how to work with these technological cohorts. Here are a few suggestions:

Know the Different Types of Robots and What They Do

Robots come in all shapes and sizes and are built for a variety of functions and purposes. And it’s important to know the basics behind the different types of robots your employees will be working with, what they do, and how they’re programmed or how they’ll be utilized every day.

Here are the six main types of robots that are most commonly used in the workplace:

There are also wheeled robots, humanoid robots, multifooted robots, and flying robots, which are all usually less common in the workplace (currently). And there are robots that are referred to as industrial robots, professional service robots, mobile robots, and collaborative robots.

Safety Should Always Be Top of Mind

When working with AI/robots, it’s best to develop safety and compliance policies and guidelines for operating and maintaining robots so employees don’t get injured while on the job. And employees should always be hyper aware of all hazards, dangers, safety barriers, etc., when working with robots.

Upskilling Employees Should Be a Priority

Contrary to popular belief, robots require employees to have new skills and a different set of skills but are not replacing them in the workforce—not by a long shot. In fact, research indicates that robots in the workplace “could create double the jobs they destroy.”

According to one expert who led initiatives to retrain her staff in how to use robots, the company yielded a 20% to 30% improvement in retaining its workers. So, be prepared to upskill your current employees and new employees, even if they already work somewhat closely with robots.

As technology continues to dominate the way we work, training your employees to work with these advancements will become increasingly vital. Not only will your business benefit from skilled workers, but your employees will benefit, too, in knowing that their jobs are secure despite the rise of the machines!