Meet Montserrat Salvany Ferrer, VP of Human Resources at T-Systems North America. She was recently nominated for the 2019 Digital Female Leadership Award in the IT-Tech Category, offered by Global Digital Women. Montserrat is responsible for nearly 400 employees in the North American branch. She has 20 years of HR experience that she uses to manage a team of 6 HR members. 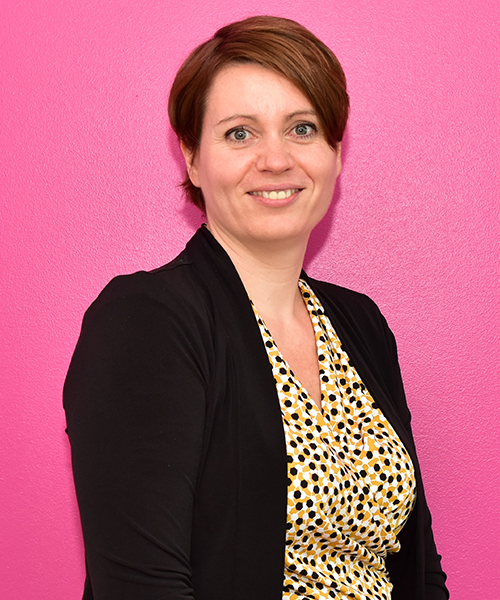 Is HR in your DNA?

“I’m not sure if it’s HR or it’s people in my DNA. I think it’s people and seeing people as my customers. The virgin CEO keeps saying to treat internal customers first because they will manage the external customers. So, the way I look at it—and not just from a work perspective—I see them as my customers and my colleagues. I’m here to help them go to the next level and to support them in some way. I would say in my DNA—it’s a bit more people than Human Resources.”

Has it always been that way for you?

“Not really. When I was in high school, I was extremely good at math and physics. But there was a point in my life when I was really considering becoming an engineer. And if you think about it, doing engineering work is way more predictable than people. I probably would have been bored at one point, so I am happy that I took the decision to move into HR instead of going into the engineering craft. But there was a period in my life when I had to choose, and I was really unsure because I was so good at the other thing, and when you are good at math, it’s rare, so people push you to go into that area.”

What has your career path taught you about yourself?

“Listening is easier than talking. I try to focus more on listening to others than sending a message across. I started my career with recruitment, so obviously, when you interview people, you definitely have to spend a lot of time listening. But the learning comes when you listen actively, especially on the recruitment side. I learned a lot about how companies work just by listening. I think that’s probably what I learned the most in my HR career: how important active listening is.

“A second thing I learned that is quite crucial is you need to have fun at work. You need to enjoy it. Otherwise, the best thing you can do is leave. That goes for all levels. It doesn’t matter what you do or how you do it; if you don’t have fun, you’re missing something. At the end of the day, you need to still enjoy what you do. And some aspects of your job may not necessarily be enjoyable, but you should be able to extract those bad moments and at the end of the day have an enjoyable and fun experience and be able to talk about work and draw a smile on your face. If you are not able to do that, [you’re in the] wrong place, wrong company.”

What impact has being nominated for the 2019 Digital Female Leadership Award in the IT-Tech Category had on you?

“It feels good! We are a German company—and quite German-centric sometimes—and that nomination means that there is an acknowledgment that there are female leaders outside of Germany. Regardless if it’s me or if it’s someone else, it would make me happy because I would know that we are a true global and international company. My colleagues here in the U.S. have been very supportive, as well as my colleagues internationally. It’s a long-distance environment, and knowing that even in Singapore and China that they voted for me, it makes me feel proud. And an extra bit of recognition really never hurts.”

What advice would you have for other women in HR, especially those who are looking to be leaders?

Has anyone inspired you professionally?

“One is Ricardo Semler. He took over a company from his father. And he kind of went wild in a good way. The company is based in Brazil originally, and he started very small making changes. He dismissed some of the leadership team on the first day he took over the company and gave the power to the employees. The concepts he has talked about, to me, are very powerful. People would be allowed to, for example, take a long break as long as they get the job done at the end of the day. He was focused on, or driven by, just get your stuff done and forget about the rest.

“Another is Carol Dweck, the woman who talks about growth mind-set and is also an inspiration to me from a work perspective. I truly believe what she says about the growth mind-set, which says that the focus should be on the effort, not necessarily on the result. One might say, ‘Well, I don’t speak Japanese.’ I can say it that way, or I can say, ‘I don’t speak Japanese yet.’ The focus is on the ‘yet’ and on the fact [that] that’s what I want to do, and I’m going to put my efforts there. I think that’s very interesting.

“Finally, my parents came from the countryside, and I don’t think they even finished high school. They didn’t have the opportunity to go to university. What they did and are still doing is pretty awesome. My father worked in a bank and ended up as the branch manager, and my mom set up her own business and is a real estate agent. To me, someone starting from scratch and working their asses off to make things work and to find a better life for themselves is truly inspirational.”

What is something you’ve experienced at work that you’ll never forget?

“When I lived in Ireland, I was working for HP. I was 25. I was so nervous because I had to fire my first employee. We’ll call him Tom. We gave Tom several warnings. We were working in a service desk environment. If you start at 9, you have to start at 9. Lateness was something that was always on the table with Tom.

“I warned him about his lateness so many times that at one point, we reached the final written warning. Every time I talked to him, I said, ‘Hey, Tom, you shouldn’t be doing that. You know how we are. C’mon, man.’ I had a reasonably good relationship with him. Then one day after his final warning, we called him in. And if you have been late after a final warning and you get called into the HR office, you know what is going to happen.

“It had been advised to bring security during firings, but I had a good relationship with him, so I just met with him by myself. He came into the meeting with a backpack, which he normally didn’t wear. I thought that was strange. As I was talking to him, he took his backpack and put it in his lap, and he started to open it. For some reason, I freaked out, thinking that he would have a knife or a gun or something, and I started seriously freaking out. I said to myself, ‘Montse, why didn’t you call security? How stupid of you.’

“And then he gave me a box of sweets. And he said, ‘Montse, you have been really nice to me and patient, and I really appreciate it.’ I think I probably cried because of my pumping adrenaline. I told him, ‘I thought you were about to kill me!’ What I learned was, don’t expect the unexpected because I focused the meeting not on the issue but on the backpack.”

Would you like to be profiled in a future Faces of HR and share your experiences, challenges, etc.? Or, do you know anyone else in HR you think has an interesting story to tell? Write us at HRDAeditors@blr.com, and include your name and contact information; be sure to put “Faces of HR” in the subject line.