The Faces of HR column aims to acquaint our readers with various types of HR professionals and the many hats they wear. Meet Rachel Ernst, the VP of Employee Success at Reflektive and a member of Forbes HR Council. Along with several direct reports, Ernst is responsible for all 200 employees at her organization. Her 13 years of HR experience have shown her the importance of defining her role with leadership, drawing boundaries with managers and employees, and leveraging allies in order to succeed as an HR manager. 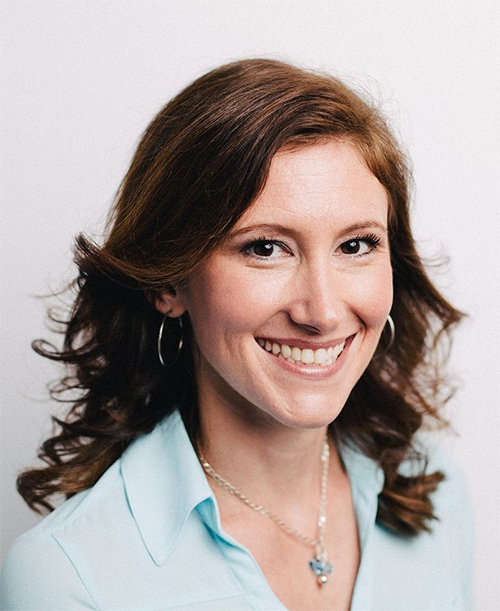 What got you into HR?

“When I was in business school and trying to decide what my career choice was, I thought I’d ultimately become a consultant. I did some reflecting about what gives me the most fulfillment. I realized it was in bringing a diverse group of people together. Even back in high school extracurricular activities, a lot of my time was spent leading a youth leadership group for the youth temple. I started it myself and brought a lot of people together in the process.

“In college, I was the founding member of a sorority. While that might have negative connotations, ours started a non-profit and we ended up becoming a 501(c)(3). I spent a considerable amount of time in college building this group; it was something that Jewish and non-Jewish women alike could come to, together. I served in a number of different leadership positions for that. Then we formed a board of directors.

“As a board member, my responsibilities included starting up organizations across the United States at different colleges. This entailed listening to people and helping them grow their leadership skills, establish themselves professionally, and practice conflict resolution. I understood that if you get a lot of diverse people together and try to grow something, there’s inevitably going to be conflict. Helping them prepare for and solve for that was a critical pillar of my job.

“When I was on the student leadership council in business school, I noticed that people would complain about the administration and what they weren’t getting instead of contributing. I would try to reframe the issue by asking, ‘What can we do about your complaints?’ and saying ‘Let’s create a forum for you to constructively share your concerns and try to address them.’ I was already naturally gravitating toward HR-related tasks by doing these things. While at business school, I talked to a career advisor who pointed out that a career in HR could be great for me.

“I hadn’t thought of that before; I didn’t know what working in HR entailed. I thought it was just payroll and benefits. It was that conversation with this career advisor that helped me reflect on my strengths and how to best use my experience.”

How do you work within the framework of leadership restrictions? If leadership is not on board with a lot of your ideas, for example, but you are still tasked with fixing company culture and employee engagement, what do you do?

“There are a few different things that you can do. I would begin by talking with other executives on the team. There are usually a few that are aligned on the importance of these initiatives. You can almost create your own committee of people to help you influence the highest leader. For example, someone could strategically talk to the CEO one day about the matter and another person could do so the following week. You build your group of allies that believe in the cause at your peer level—that’s the most important one.

“I’ve also brought in various experts to help influence leadership. For example, an expert in employment law to help explain that piece or someone who is well versed in executive coaching.

Has there been anything during your time in HR that has given you lessons for outside of work?

“There are a lot. One of them is: don’t assume. Assumptions create a lot of the problems we encounter at work—problems such as not being curious or not asking questions to learn more about someone’s point of view and instead, just reacting. If someone says something that upsets you, you might come back at them because of your emotions in the moment. Instead of saying, ‘That’s interesting…can you tell me more about that?’ you’ll respond immediately. I see a lot of that happening at work. In my own personal life, if I’m frustrated with a friend, I’ll pause and ask them if they’ll tell me a bit more about that so I can better understand and not jump to conclusions. It’s a lot harder in your personal life than at work. Either way, you have to train yourself.

“The other one is setting boundaries. HR professionals probably have to do this more at work than in their personal lives. HR can be a catch all for so many things, so boundaries around how you define your job are critical. When Reflektive got a new CEO, I sat down with him and we talked openly about what my job is/how it might shift under his direction, as well as what the function means to the company. Setting expectations is a good way to set important boundaries.

“If you don’t set boundaries, people will come to you right away when they’re angry. You have to have and communicate a boundary about when it’s okay to show emotion and when to say, ‘You need to go and process that before we talk.’ I would translate that to my personal life, whether it’s parents or friends or significant others; having boundaries around your time and what is/is not okay. I think most HR professionals are very empathetic, so it can be hard to set and communicate boundaries…but it is essential to our wellbeing and our ability to do our jobs.

What is something that HR should get a lot better at?

“Being clear about the value they can add to an organization. Many people say, ‘HR has a more strategic role; they should have a seat at the table.’ You have to frequently reinforce why. I sometimes have to push to be included in strategic meetings around articulating vision and mission. As an example, if I’m early to a meeting, some people walk in and ask, ‘Am I in the right meeting?’ What they’re really asking is, ‘Why would HR need to have a seat here?’

“There was one instance in which someone asked, ‘Why would HR be in a meeting where I’m going through engagement survey results in my department?’ I thought that was intuitive, but I had to explain: ‘Here is why I am here and here’s the value I’m bringing.’ Sometimes it’s confounding that you have to do it, but you do, regularly, at all levels. We have to define what being part of a strategic role is every day.”

What is something that happened during your time in HR that you’ll never forget?

“When I was more of an HR generalist, there were two groups that were at odds with one another. One of the groups wanted to do a RACI chart (who is Responsible, Accountable, Consulted and Informed) because there were a lot of people stepping on a lot of toes. I worked with a partner to put together a RACI session between these two groups. I talked to both groups, conducted interviews, prepared diligently, scheduled the RACI session, got in the room…and one or two people showed up. There should have been 15.

“I was pretty frustrated, but the learning is that this was so far beyond a RACI conversation and indicated a much larger issue. It happened because one of the heads of the group said they couldn’t come to the session. And when the head isn’t going to come, their people aren’t going to come. Attendance is a communication of how much of a priority something is to you. Looking back, there was a huge lesson learned on the importance of spending more time with them, as well as submitting to the fact that the RACI session wasn’t what the group needed at that point in time. First and foremost, the two leaders of the separate groups needed to align. I didn’t want to move away from the original plan, but I needed the flexibility to understand that the more you dig in, you may find your original solution may not be the right thing.

“I learned another lesson when I first became an HR business partner. I was so excited to coach the executives; I had formed my client groups and was going to set up coaching sessions with them. I remember my manager saying to me, ‘Coaching doesn’t happen in coaching sessions. It happens every day.’ You have to go into every day thinking, ‘Wow, this is a coaching moment for me.’ Coaching happens in the moment. I think about that a lot, and I often have to switch my mindset to ‘I’m a coach, I’m an advisor, I’m an advice giver, I’m a sounding board.’ You have to think about what role you’re going to choose in any given situation.”

Would you like to be profiled in a future Faces of HR and share your experiences, challenges, etc.? Or, do you know anyone else in HR you think has an interesting story to tell? Write us at HRDAeditors@blr.com, and include your name and contact information; be sure to put “Faces of HR” in the subject line.