Government employees enjoy more protection than employees of private-sector companies when it comes to speaking their minds about politics or other matters of public concern outside the workplace. A public employee may not be fired or disciplined for engaging in “constitutionally protected” speech. 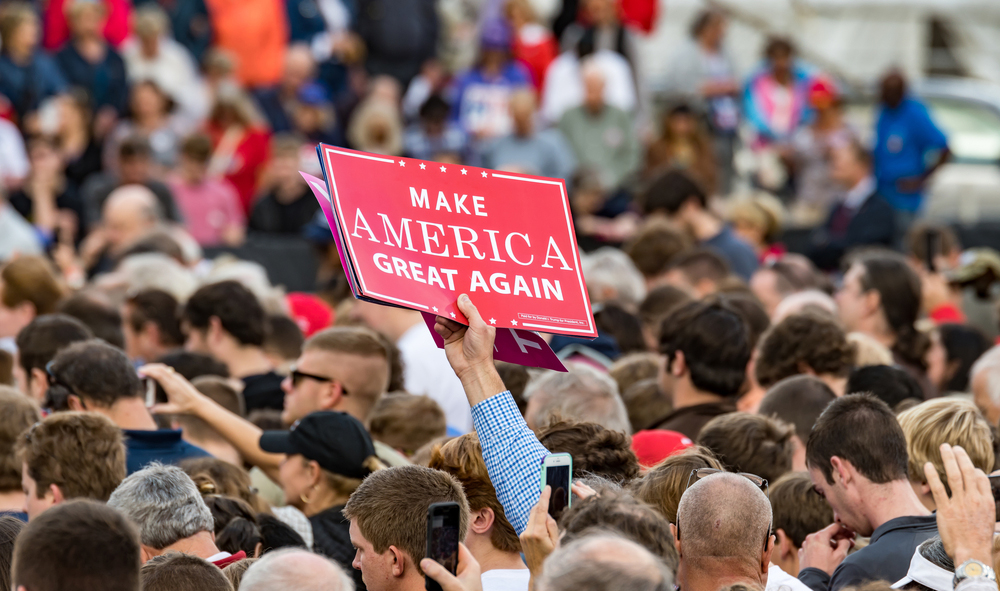 To be constitutionally protected, the speech must be on a “matter of public concern,” the employee must be acting in her capacity as a private citizen rather than in her official duties as a government worker, and the speech must outweigh the employer’s interest in “promoting the efficiency of the public services it performs.”

That delicate balance was recently tested when a Nashville government worker was fired after using the “n” word in a social media post.

For many years, Danyelle Bennett, a white female and an ardent supporter of Donald Trump, worked as a dispatch operator for Metro Nashville’s Emergency Communications Center (ECC), which is in charge of the 911 service. During the 2016 presidential campaign, Bennett wore a Trump sweatshirt and a “Make America Great Again” hat to work on “Superhero Day.” Some of her coworkers complained, prompting ECC to ask her to change.

On election night, Bennett displayed a triumphant post on her personal Facebook page about Trump’s victory. After one Facebook poster commented on her page that “Rednecks” voted for Trump while “niggaz and latinos” voted for Hillary Clinton, Bennett responded that she was thankful there were so many “America loving rednecks” but that “niggaz and latinos” also voted for Trump. Although she removed the post a few hours later, a few of her coworkers saw it and weren’t happy.

ECC conducted an investigation in response to complaints from several of Bennett’s coworkers about her Facebook comments. After the investigation was completed, ECC’s director, Michele Donnegan, decided Bennett should be fired for using a racial slur. Bennett then filed suit in federal court, alleging ECC unlawfully fired her in retaliation for exercising her First Amendment right to free speech.

In an unusual procedural move, Judge Eli Richardson was assisted by a jury in reaching the conclusion that Bennett’s Facebook post was constitutionally protected. The court believed the key issue was whether Bennett was fired simply for using the “n” word in isolation or whether she was fired for using the word in the context of expressing her views about the outcome of the presidential election.

Construing the post in its entirety, the court had little trouble determining that Bennett was acting in her capacity as a private citizen (rather than as an official government worker) when she displayed the post and that the post related to a public concern. “Speech relating to a major election clearly qualifies” as protected free speech, said the court. Thus, the court focused on whether her right to display the post outweighed ECC’s interest in “promoting the efficiency of the public services it performs.”

ECC principally argued that Bennett’s post caused disharmony in the workplace and jeopardized the agency’s public image. While recognizing that preventing disharmony is important, Judge Richardson noted “the disharmony is far less [severe] in a case like [this one], where [the employee’s] comments were not directed at any [coworkers] or supervisors, and did not reflect or seek to create any dispute with her employer or her [coworkers].”

Although ECC’s decision maker, Donnegan, reported that around six employees complained about Bennett’s post, the court wasn’t persuaded that the complaints of six employees alone evinced any meaningful disruption in the workplace.

Moreover, Judge Richardson felt Donnegan’s investigation was woefully inadequate and she “was not very informed as to the seriousness, and actual existing or likely effects, of the complaints.” In fact, Donnegan could identify only one employee who expressed concern about continuing to work alongside Bennett. “In short, [the director] knew of some complaints, but not much about them, and not much to indicate that there likely would be a problem for employees to work together with [Bennett],” noted the court.

Although it found that Bennett’s post could undermine ECC’s mission, the court concluded that any potential harm was “relatively slight.” First, her post clearly had nothing to do with her position as an ECC employee. Second, ECC could identify only one member of the public who expressed concern that Bennett wouldn’t provide appropriate service to African Americans. Third, the court thought it was “highly speculative that even if [any African Americans] were familiar with [her] Facebook comment and [were] offended by it, [they] would be deterred from calling in an emergency.” The court also noted that Bennett was a low-level employee.

Despite remarking that “the goal of ECC leadership to head off possible racial tension from [Bennett’s] comment was laudable,” the court concluded her post was protected speech. Accordingly, Judge Richardson reconvened the jury to determine whether ECC fired her for engaging in constitutionally protected speech and, if so, what her damages should be. During this phase of the trial, Bennett emphasized that her termination came on the heels of ECC asking her to remove her pro-Trump paraphernalia during the campaign.

Following a 2-day trial, the all-white jury determined ECC unlawfully retaliated against Bennett for displaying the post. Although she sought damages in excess of $100,000, the jury awarded her $6,500 in back pay and $18,750 for humiliation and embarrassment. Her request for attorneys’ fees and expenses is pending. Meanwhile, ECC has appealed. Bennett v. Metropolitan Gov’t of Nashville, No. 3:17-cv-00630 (M.D. Tenn., June 25, 2019).

This case illustrates how it’s generally much more difficult for public employers to terminate or discipline employees than it is for private-sector employers. Had Bennett been in the private sector, her employer would have had little difficulty in carrying out the same termination decision, assuming it didn’t treat her differently than similarly situated employees in a protected class.

In the private workplace, being a Democrat, a Republican, or a member of another political group is not a protected class. Therefore, a private-sector employer theoretically could fire all of its employees who post social media comments outside the workplace that are favorable to one political party, provided it has the same policy regardless of the employee’s sex, race, nationality, age, or other protected characteristics.

As for ECC, it’s easy to sympathize with its plight. I suspect many other public employers would have also fired Bennett if the shoe were on their feet. Indeed, employers—regardless of whether they are in the public or private sector—are understandably apprehensive about not taking appropriate action in response to racist comments.

It seems ECC was faced with a “darned if we don’t, darned if we do” scenario. If Bennett had used the “n” word at work, it likely would have been much easier for ECC to fire her. However, the context in which she made the comment made that a more difficult employment action.

Further, Judge Richardson noted that ECC’s investigation was severely lacking. The agency seemed to assume that Bennett’s post caused meaningful disharmony in the workplace without doing its homework and getting its ducks in a row before the termination to demonstrate that her post actually caused discord. This case reinforces the importance of engaging in a comprehensive investigation and consulting with legal counsel before pulling the trigger on a termination decision.

David L. Johnson is an attorney in Butler Snow’s Nashville office, and editor of Tennessee Employment Law Letter. He can be reached at david.johnson@butlersnow.com.