Today’s topic is a tearjerker … potentially. So grab your tissues, and let’s dive into the results of Monster’s recent Crying at Work Poll. Let me ask you a question: Have you ever cried at work? If so, you are part of the overwhelming majority. 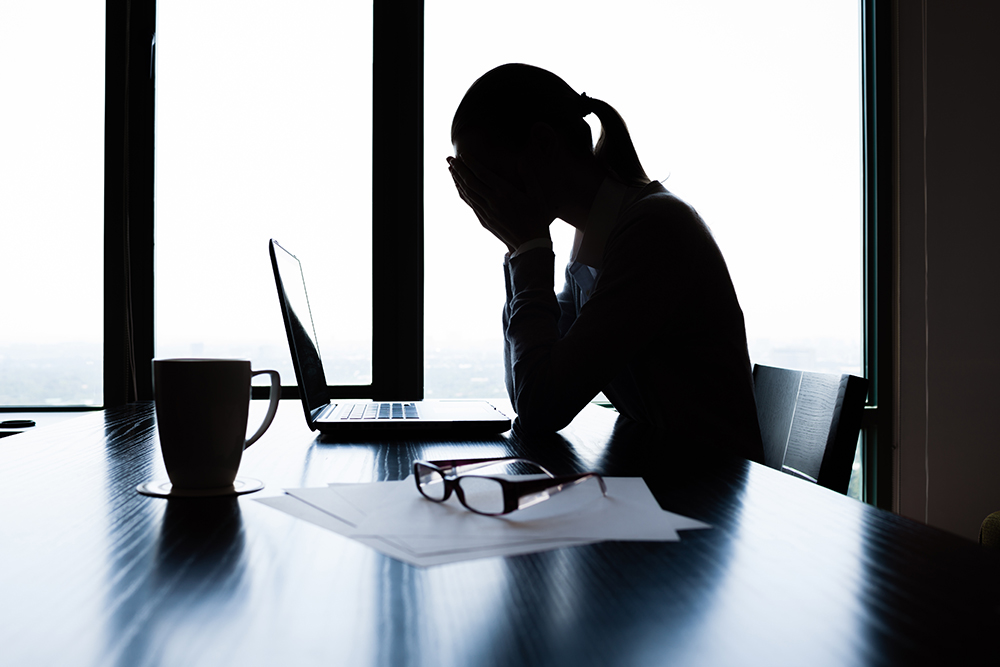 Most of Us Cry a Little, Some Cry a Lot

The initial survey, which was given to 3,078 employees, only asked two questions: “Have you ever cried at work?” and “What made you cry at work?” Over 8 out of 10 (83%) people have cried at least once at work. I asked Vicki Salemi, a Career Expert at Monster, if she found those results surprising. She said that she was not surprised about those who said they had cried once at work. She explained that “sometimes something horrible [is] going on in your personal life and you find out at work and it’s natural to cry.”

However, some of the details of her findings did surprise Salemi “on a few levels.” What surprised her most was the frequency and the reason for crying: “We are more concerned about the people that are shedding tears weekly (8.3%), daily (5.2%), and a few times, which was almost 50%, and that’s a few times too many.” For reference, see the complete results of the first question below.

Why Do They Cry?

As Salemi suggested, there are perfectly normal and acceptable reasons for some workers to cry at work. Perhaps they lost a loved one or found out they have a terrifying illness. We can expect people facing these kinds of challenges to cry wherever they may be. But there are many other reasons to cry at work that are far less acceptable and even suggest a workplace culture that is, at best, unhealthy.

Salemi asks, “Were you being bullied at work? Were you among 45% of people that were crying because of your boss or colleague?” Yes, that figure is accurate—treatment by bosses or colleagues accounts for nearly half of the tears shed in the workplace. We do not have any insight into how respondents were made to cry. For example, we don’t know if those colleagues and bosses intended to make someone cry, which would be monstrous, or were creating pressures on the respondents that were ultimately too much. Regardless, the statistic is concerning.

As the above chart indicates, there were other sources of tears at work. Personal matters came in far second at 18.5%. Another 15.7% cried because of their workload. And while clients (4.4%) and personal errors on projects (3.3%) did contribute mildly to the overall number of those who cried, a significant number of respondents (12.8%) cried because of bullies at work.

Why Did Those Who Cried the Most Cry?

The data so far show two unrelated dimensions. On the one hand, we know how many people cried and how often. On the other hand, we know why they cried. I wanted to see if we could determine a third dimension: why those who cried the most were crying at all. Thanks to some whizzbang statisticians at Monster, we were able to produce those answers.

An astounding 23.5% of respondents who cry every day at work and gave a reason why said it was because of bullying. Consider what that looks like: 5% of the workforce cries every day. And of those individuals, nearly one-quarter are crying because of a bully. That means that more than 1 person out of 100 is bullied to the point of tears every single day.

Monster has conducted other research into workplace bullying. Its findings showed that nearly 94% of people have been bullied in the workplace, and over half (51.1%) of those respondents have been bullied by a boss or manager! We don’t have the research to explore the crossover between bullies who are and are not bosses or managers, but the figures here are pretty alarming.

That same research sought to find out how employees were bullied. Some ways respondents have been bullied at work include aggressive e-mail tones (23.3%), coworkers gossiping negatively (20.2%), and being yelled at (17.8%).

Cross-analyzing the results also revealed the most common reason some have cried one time at work. For respondents who said they’ve cried once and gave a reason why, 26% said it was because of a personal matter. This makes absolute sense, as personal matters that cause us to cry don’t always happen at work or can be isolated situations.

Not every workplace that causes people to cry is irredeemable. For those that are, Salemi warns, “It can lead to you feeling depressed, stop working out, or your stress shows with your loved ones, or your weekends are just sleeping and not leaving the house.” She also says, “The good news is that there are opposite work environment[s] than that, that are positive and collaborate, where you literally physically feel different when you work in those positive health environments.” If you really feel trapped at a job that makes you cry regularly, you might consider finding a new work environment.