When it comes to sexual harassment training, whether you succeed has a lot to do with how you look at it. If you are just trying to be compliant with employment laws, then it might seem simple. If you are actually trying to create a culture that prevents sexual harassment from happening in the first place, that can be a lot trickier. There are a lot of reasons why, but one is that it is simply awkward to talk about sexual harassment, even in a hypothetical way. I recently spoke with Sarah Beaulieu, a sexual harassment prevention training expert, about this issue. 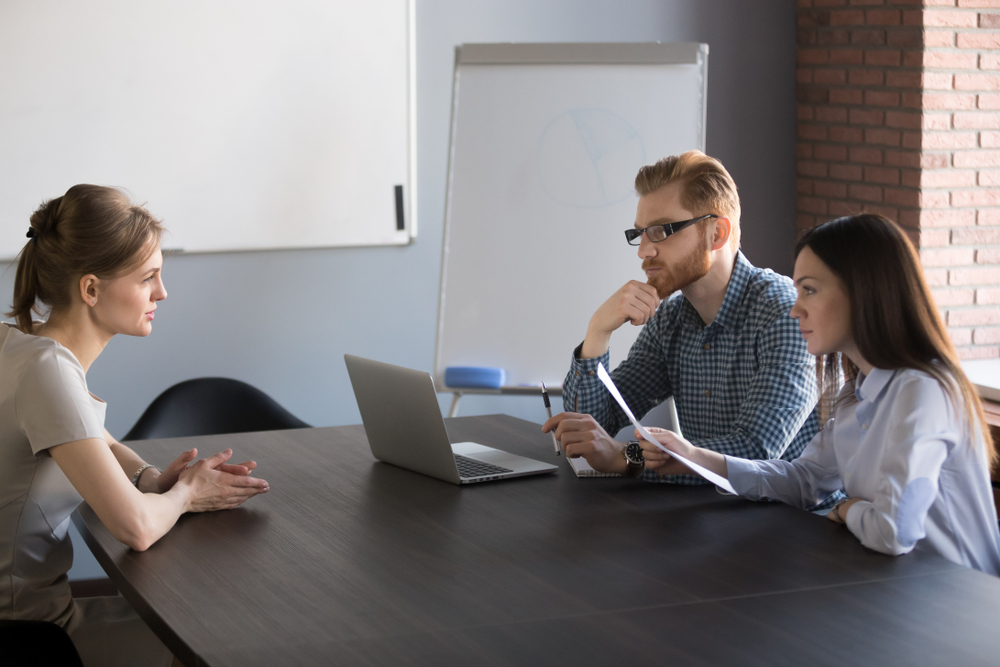 Train for the Right Reasons

A Challenging Topic of Conversation

Discussing sexual harassment can be very uncomfortable, but talking about it can be critical for prevention. Beaulieu learned the power of such conversations in her personal life. She was the victim of sexual abuse at the hands of a family member. When she spoke to a parent about the abuse, she says she realized, “A single conversation can change everything.” That lesson has never left her. She also recognizes that “it also takes a series of conversations in order to actually change relationships and cultures.”

And Beaulieu continued to talk about her abuse throughout her healing process. She recalls that through “having conversations with friends, therapists, people I was dating, and bosses, I was starting to see and understand how the more conversations you have, the more pathways you can create for people that survive sexual abuse and assault to find health and healing.” The importance of talking about sexual harassment, however, has been overshadowed by awkwardness. In the professional world, Beaulieu realized, “Here I was experiencing something that was extremely common, but no one I was talking to was talking about it. And I got really curious.”

Beaulieu went on to conduct independent research and focus groups and developed a method for tackling the awkwardness of discussing sexual harassment, which has been such a barrier to progress in this area for years. She concluded that “you can actually get people to another place in terms of having the conservations that are necessary to do some of the harder work of how to create organizations and policies and training that are actually going to be effective.”

Beaulieu believes that preventing sexual harassment requires organizations to strive for a workplace that is safe, respected, and productive. She offers two features of a workplace culture that can achieve such a goal:

In order to achieve this type of work culture environment, says Beaulieu, focus on having new skills. Below, we review two of those skills.

Witnessing sexual harassment can be very upsetting, and it can also be difficult to know what to do. I related to Beaulieu a time when I saw a cook at one of my favorite diners place his hands on the hips of a waitress to get by her in a narrow space. The waitress was stunned, and so was I. I didn’t know how to handle it, and truth be told, I have often felt ashamed of my lack of action. Without training, my response, or lack of it, is very common.

The bystander intervention skill enables everyone to play a role in creating a safe and respectable culture. Beaulieu suggests that although much more time is needed to master the skill, the basics “can be learned in about an hour.” Imagine the difference that hour could make in an organization. She kindly addressed the event that I shared with her by describing what would have happened to her if she had been there:

A few things are happening here: We have an ingrained habit of silence; there is no time to process what’s happening, and people are not trained on what to do. You can’t expect, in a high-stakes situation, that if something happens, you’ll automatically know what to say or have a strategy in place, unless you understand what is going to happen.

If I were in a situation when someone was being harassed, being someone who is experienced and has expertise in this, my heart would start pounding, my face would get hot, and I would want to crawl under a rock. Part of you wishes you didn’t see it.

But then I know that whether I say something or don’t say something, I’ve already had to endure that feeling of discomfort. And I know the four basic concepts of bystander intervention: distract, delegate, defer, and direct. I know I can either toss something or spill something as a distraction or say something to the waitress after the fact. That intervention doesn’t always mean going after the perpetrator; it’s intervening on the unsafe culture.

The more people who intervene, the more effective it is. It’s not about just one person—it’s about everyone doing a little bit to intervene on the culture. You could turn to someone else and ask if he or she saw it, and then it’s two against one—that’s a skill around delegation. It’s a practical skill, but it has to be explained, trained, and practiced.

Without practice and exploring nuance, how can you expect employees to know how to respect boundaries? Beaulieu noted that when she provides training, she regularly encounters employees who ask something like, “Can I not hug anyone anymore?” She recommends unpacking such questions by asking questions like these:

These kinds of contextualizing questions help elucidate an important point: What is and is not sexual harassment can be very complicated, so approaches to avoiding such harassment can also be complicated. The path toward understanding complex issues is training. You wouldn’t expect the untrained to rewire a circuit breaker, so why would you expect the untrained to automatically navigate a complex issue like when it is and is not OK to hug someone in the workplace? It’s also wise for the untrained people to know that perhaps they shouldn’t be rewiring circuit breakers.

Preventing sexual harassment is not easy or comfortable. But such prevention is also critical for a workplace to have a successful culture and all of the benefits it can bring, like high engagement and productivity, great retention, ease of hiring, and a better bottom line. Sometimes, that means practicing having those uncomfortable conversations so when something happens, your employees know how to stop it.