HR seems to be more than a job; it’s a mission. To do the kind of work that HR professionals have to do, they really need to have a clear, organizing principle to how they approach their jobs. That’s how today’s guest feels about her job. Meet Amy Roy, the new Chief People Officer at Namely. We also discussed advice for young HR professionals, a unique approach to employee recognition, and more. 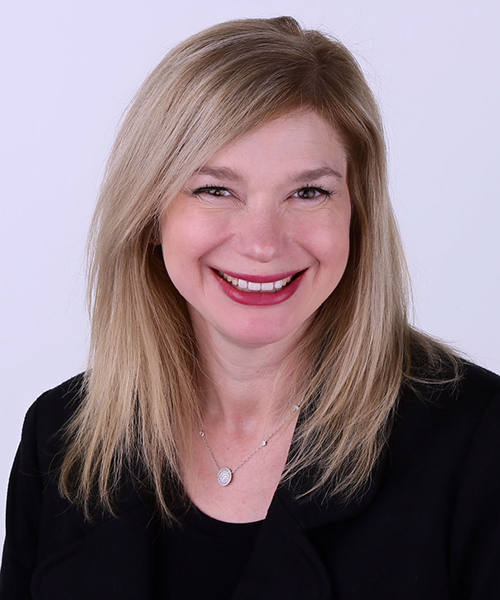 What made you decide to leave your 21-year job at Ceridian to join Namely?

I had a great run at Ceridian. I really felt that I wanted to take an opportunity with a company that had values I supported. That’s not to say that Ceridian didn’t, and I don’t want to imply that, but if I were going to make a move, it had to be to somewhere that has values that I really supported and a mission to improve the workplace for employees. That’s what Namely had. I saw that its mission is about building a better workplace. I thought if that’s its mission as a company, then it must have the same mission for its employees. I wanted to lead an HR chain that already has that mission in place.

When did you realize you had such a mission?

I think I found that when I went into HR. The more I understood the field of HR, the more I realized it meant becoming a strategic partner. I know that doesn’t always get to happen in all organizations. But, the idea behind becoming a strategic partner to a business and to get to use one of the most expansive and potentially exciting parts of the organization to its best advantage were things that always fascinated me about the field. Sure, we have compliance and all of that, but to be able to create a workplace that allows people to influence the business and to get up every day and want to come to work and bring their best has always been important to me. I think it’s probably been something that has been a part of me from a leadership perspective since I had my first retail store manager job. I think that as I became more educated about the role of HR and saw the impacts of what a strong culture can do, that had and still does fuel me on my new adventure.

What advice do you have for someone who just fell into HR?

I think it’s just helpful to have a little bit of an academic background. There are so many more resources out there now from an education perspective than there were when I first started out. Whether it’s through the SHRM certification or some of the online classes that lots of universities are offering, try to get an academic understanding.

You also can’t lose sight of the fact that business experience can really be a benefit when you’re talking about the business. If you have that background from a business perspective, that can be a huge differentiator when you’re sitting at the table and making decisions.

If you haven’t grown up in HR, then take advantage of the fact that you have some expertise somewhere else. I spent 10 years working in sales. So, when I’m sitting in a meeting and we’re talking about marketing qualified leads (MQLs), that’s something I understand from a business perspective. That helps me understand where that person who has to come up with those MQLs is coming from. So, don’t lose sight of the fact that you might have something else that could be as much of an asset as a background in HR.

Do you think that HR is all about the people?

Well, I think it’s a combination. I think for sure it’s about the people and the attitudes those people are bringing in to make the business successful. And it’s about the people who are there for the right reasons—not just to have a job but also to have that job with that company because they support what that organization does and get up every day and want to be there. We look at lots of things around engagement and the correlation between engagement and productivity—how if people really start to drive productivity, they’re happy to be at work. And, being happy to be at work means knowing that employees are bringing their best selves to work. They bring in the attitude that they want to be there, and that comes from lots of different inspirations.

What about recognition? What do you think is the critical component of recognition? It’s more than just slapping an award on somebody every once in a while, right?

There are a couple of things. I think one is the right recognition for what it is, right? I had a team meeting the first week I got here, and I asked every person on my team to send me how he or she would like to be recognized because it means different things to different people. The responses were everything from big and loud to soft and quiet to “give me more opportunities so that I can continue to learn and grow.” I think there’s something personal about recognition in terms of what truly starts to motivate people. And I think recognition comes from the fact that when people are recognized, they feel they are worthy but also that they weren’t forgotten when they did something they should have been recognized for.

When HR people try and put recognition programs together, it is often difficult to come up with a program that’s going to suit everyone in every single circumstance. I think, from an HR perspective, we can educate leaders on how we can do it—and not only from a corporate perspective. We can educate individual leaders on how they could really make a difference in how their actions—or, more importantly, their inactions—can really continue to drive that level of engagement and success.

What’s something that happened during your time in HR you don’t think you’ll ever forget?

Well, it may not be the greatest story, but the thing that I will never forget is when I was in my early twenties and in my first HR role; I was in the role for a very short period of time, and I was pulled in and told, “You need to tell your family you’re not coming home for dinner. And we’re going to stay until 10:00 and put together close to 57 packages.” And yeah, at that very moment, it was an effort­—again, this was when there was a lot of paper­—to photocopy and put things together and double-check that the right language was in the appropriate agreements for the person. And during that moment, it seemed like we were in a very administrative cap, until the next day; I did not deliver the packages, but my boss was escorted by security throughout the building and had to, one by one, individually deliver those packages while walking down the hall. And people started crying because they weren’t sure if he was going to stop at their desk.

And at that point, it completely changed my picture of what it was like to have to prepare as an HR person, to pull yourself together to have to do that because that’s your job, to have to go home at night and think about what that was going to mean to your people. And it changed my whole perspective on what it was like to be in a day-to-day HR role—there were some great things about the role, and when you put programs in place that really change behavior and really motivate people to be there, you can win awards for being a top employer. That’s amazing. But there were some really hard days, too, during my time. I think I have become a much more sensitive person to the process. But also, this is a job, and there are some great days, and there are some not-so-great days, and I think I appreciate those great days and those great wins even more when I think back to that experience.

Let’s see.… What’s your super power, and if you don’t have one, what would you want it to be?

Sometimes, I think if I were a superhero, you would call me The Juggler because I always have a number of things going on at the same time. And I think it’s a strength to be able to switch gears. I have found it in all the roles I’ve enjoyed the most. It’s the ability to continue to switch gears and handle multiple things going on at the same time. In one minute, you’re dealing with employee relations. The next moment, you’re working on budgets, and then you turn around, and you’ve got an employee resource group program going on. Then, you blink, and all of a sudden, you’re working on a performance strategy. So I thrive when there are a lot of different things in the air at the same time and when I’m able to switch gears between all of those different things while still keeping them all in the air. And sometimes, they fall. But generally speaking, I like to be in that world of lots of things moving around.