Here at the HR Daily Advisor, we talk about sexual harassment quite a bit. Whether it’s training, compliance updates, or lawsuit outcomes, the issue is at the heart of what HR does. I recently learned from a firsthand account how damaging sexual harassment can be to the victim. In this case, the victim was in her first job out of college, her “dream job.” Ten years later, she is now the Director of People and Culture at Limelight Health. 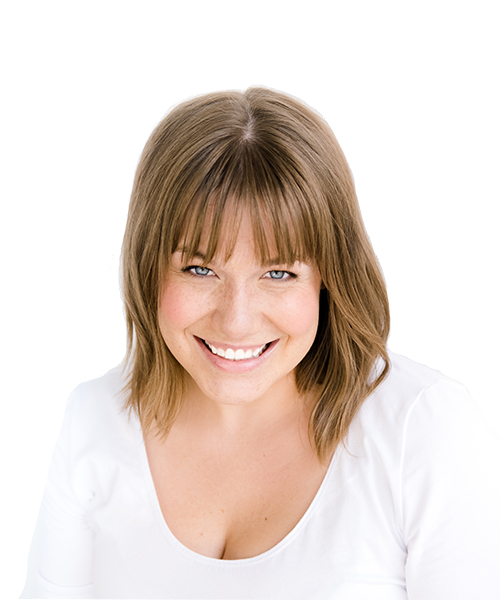 Jill Felska did not start out in HR. An early experience she had at her first job out of college, however, was very formative in her career choice. This is her story, how it inspired her to go into HR, and how she recently found the courage to speak up about it.

You mentioned that you have a story you wanted to share.

“I just finally told this story on a podcast a few months back. I’ve never shared it publicly, and I think because it’s out there now, and seeing the impact that it had on people, I’m happy to share it a little bit. You asked me why I am in HR. The real reason I am in HR has to do with my first job out of college. When I got that job during the recession, I was thrilled. I thought it was my dream job. I was grateful to be at this very well-known company.

“In the first couple of months there, I ended up being sexually harassed by the person I was reporting to. I sort of shut down, as you do when you’re young in your career, and thought, ‘Oh my gosh, is this real? Am I making this up?’

“Eventually the harassment became so bad that I felt I had no other choice but to quit. After its attempts to make me stay, it became quite apparent that it could see there was something else going on. I will never forget what happened when I told the HR person what was really going on. She sat back in her chair, sighed deeply, and said, ‘Yeah, we know. He’s just too expensive to replace.’”

That is truly awful.

“I was in shock. People’s first reaction to that is, ‘You had a lawsuit.’ I didn’t want a lawsuit; I wanted to step away from the situation because it was icky. I think it’s really quite important to note that I do not blame that HR person. I blame the culture because that came down from the leadership. That HR person didn’t wake up that morning and go, ‘Oh, you know what? We’re going to make sure I’m protecting this guy.’ She was acting on a culture precedent that had been set through previous experiences.

“Six months later, this company was noted in a big newspaper as being the best place to work for women. That’s really what took me down this path. It led me to ask, ‘How can we create better cultures that don’t allow these things to happen, even if it’s about money or the bottom line?’ Because no one deserves that at the end of the day.”

First of all, thank you for being brave enough to share it. Second of all, I’m so sorry that happened to you. It’s unfortunately terribly common and yet, until recently, almost entirely invisible and still is to some degree because it’s uncomfortable and awkward. In my experience, human beings will do some terrible things because something’s a little awkward for them, like not help somebody or not speak up for someone else. And of course, in your case, your decision to not bring it public is 100% understandable. People who speak up get their lives shredded, and they get ostracized. Have you seen any of the recent interviews with Monica Lewinsky?

“No. Someone was just telling me that I should read her book that came out. I’m guessing it probably is something along the same lines of what she was interviewing around.”

Yeah. It’s just a perspective that somehow was entirely absent from this whole thing. That perspective is one of an intern who felt compelled to have sexual relations with the sitting president. The impact it had on her and her life has been extreme. While everyone was making “hilarious” Monica Lewinsky jokes, all these women who were out there who had been in a similar situation saw what happened to her. That is a very public lesson and an unfortunate one regarding what happens to you when you come forward. Anita Hill is another great example.

It’s good that you’re talking about it now because other people need to hear that so they know that they’re not alone, that there’s a path out of it, that there’s some light at the end of the tunnel, and how valuable it can be to share that with other people.

“This was 10 years ago, and only recently did I find that I could talk about it on that podcast. I literally called a lawyer the night before I went on that podcast to ask if he could take action against me for speaking out. I still have that fear of retaliation. Even as someone who is very comfortable speaking her truth and sort of showing up for her conversations, that fear is real.

“The reaction to my speaking up on that episode really affirmed to me that even though this happened to me a long time ago, it is still very much happening. To me, it’s worth it even if hearing my story convinces just one person to leave his or her job, let alone take a stand. Even if it just convinces someone that there are other opportunities out there and there are other companies that do not tolerate that type of behavior, it’s worth it to have that hard conversation.”

While the #MeToo movement did not solve everything, it was refreshing to see so many prominent individuals held to task and held accountable. It was not long ago that those people would have been untouchable. I also began to hear my male friends analyze their actions and behaviors, which I think is really what was absent for so long. That mirror has been held up now, at least a little bit.

“It’s cultural; it’s what we allow to happen based on how we view the world. How different would it have been if that HR person had been empowered to say, ‘Wow, thank you for bringing this forward. We’re going to do everything we can to look into this and protect you,’ and have the hard conversations. That is a different environment and a different culture altogether. I think the movement has made the conversation more frequent. Like you’re saying, when you know better, you do better.”

I agree. I really appreciate your taking the time to speak with me and being so honest and frank about everything.