The 6th Circuit recently focused on comments made by an employee’s former supervisor shortly before her termination, including ageist name-calling and comments about her retirement. The court held she produced sufficient evidence of discrimination to bring her case to trial. 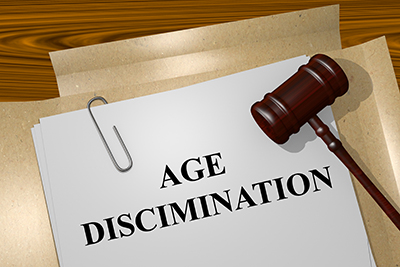 Pamela Hannon worked for Louisiana-Pacific Corporation, primarily in various marketing roles, from 1987 until her termination in 2015 at age 58. At the time of her discharge, she held the position of “Manager, Trade Shows,” in which she managed 100 to 120 trade shows per year. She also served as part of the company’s sales services team with three other female employees. In 2014, her company brought in a new supervisor for the team, leading to restructuring and ultimately the elimination of her position in 2015.

The new supervisor maintained that Hannon’s termination occurred because of a reorganization and that several employees would be handling the tasks she previously performed. All but one other member of the sales services team and Hannon kept their jobs. The company also brought in a new employee, age 25, to cover some of Hannon’s duties.

Several months after her termination, Hannon filed a discrimination charge with the Equal Employment Opportunity Commission (EEOC) based on her sex and age. She later filed suit against her former employer in federal court in Tennessee.

The supervisor disputed that the incidents occurred as Hannon described them, and the federal court granted judgment in favor of the company. Hannon then appealed the decision to the 6th Circuit.

Although the supervisor disputed the statements, the court found they were “sufficiently probative” to allow a jury to believe the employer intentionally discriminated against Hannon based on her age.

On top of this evidence, the court stated that to make a case of age discrimination, Hannon had to—and did—show she was replaced by a younger employee. Although the company didn’t directly replace her because no single person took over her former position, the court stated that “replace” is used more forgivingly in cases in which the employer engages in job restructuring.

Otherwise, it would be too difficult for employees to identify a replacement. Because she could identify a much younger person who took over several of her duties, along with the additional discrimination evidence above, she met her initial burden of stating a claim.

Finally, although the employer identified a nondiscriminatory reason for Hannon’s termination (i.e., job restructuring), the court found she could demonstrate the reason to be a pretext (excuse) for discrimination.

In addition to the ageist comments made by her supervisor, she submitted evidence calling into question the company’s explanation for reorganizing the sales services team. Although the company attempted to support its version of the events, the court stated this was a factual dispute that a jury should decide.

Based on the evidence that the company’s business reorganization may have been pretextual, as well as the evidence of the supervisor’s statements and the fact that Hannon’s job duties were taken over by younger employees, the 6th Circuit held a reasonable juror conclude Hannon “would have kept her job if she was a different age, and everything else had remained the same.” It sent the case back to the lower court for a trial.

This case provides an example of the weight courts will afford discriminatory comments by decision makers when considering summary judgment requests. To reduce discriminatory comments, you should provide regular equal employment opportunity and sensitivity training. Managers should step up to protect everyone’s interests when it comes to equal employment opportunity issues.

Steve Tolbert, Jr. is an attorney with Frost Brown Todd, LLC, and can be contacted at stolbert@fbtlaw.com.