HR can be unexpectedly emotional. One moment, you are helping an organization achieve a major goal, and the next, your employees need help navigating something they have never dealt with before, like sick parents. Both of these situations require something between cold strategy and making calls based on your gut. 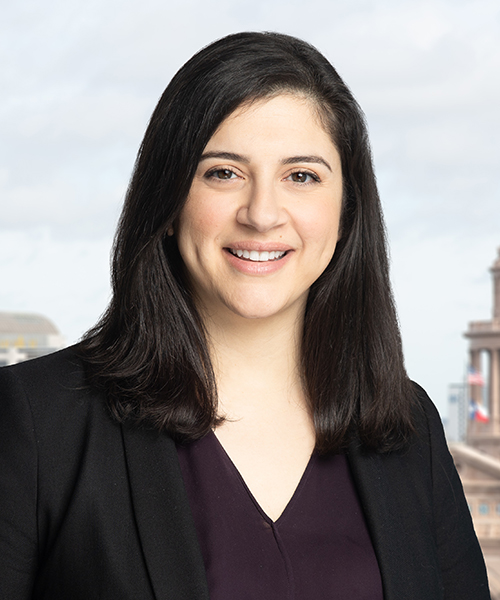 The middle ground can be very difficult to navigate. Today’s “Faces of HR” guest has lived in this middle ground for some time, and she shares her thoughts. Meet Dania Shaheen Gutterson, VP of Strategy and People Operations at Kazoo.

What do you think about relying on your instincts in HR?

My personal belief is that instinct is a skill that you’ve honed so much that it’s become. However, if you’re talking about people who think they can step into the role and just kind of do it off the cuff, it’s going to be really difficult.

Let me explain that, my undergrad degree is in economics and traditional economics believes that people behave in a rational manner; that under duress people will make the right calls for themselves. But there’s a whole subset in economics called behavioral economics. You realize people do not behave rationally. To those folks that think that they can just do it off the cuff, that they will just understand the legal implications, or think they can do things just because they’ve read this or that HR publishing, I say it’s not that easy.

What I’ve learned about gut reactions, particularly visceral ones, is that they rarely produce the right outcome—at least, if you’re looking for anything other than making yourself feel better.

That’s actually one of the more challenging things about being an HR leader. There can be many emotions involved, so if you rely on your gut or you think you’re intuitively going to know what’s right, that’s not usually the case. You usually have to squash some of that emotional, visceral, or gut reaction because you need to be a tempered, even source of support for the employee and for the culture of the broader company. And that can be difficult to do.

What’s your role surrounding crisis prevention and management? Is that something you’ve dealt with?

Yes I’ve dealt with crisis prevention and management my entire career, it goes hand in hand with the mergers and acquisitions and initial public offerings work that I’ve done.  Today it continues to play a large role in my position.  There are times where I can sense/know/read the tea leaves and understand there is going to be a significant change in the organization, and so part of the reason I enjoy having People Operations and the Strategy team under my purview is that I’m able to get a look out and handle crises before they hit the employees of the business.

Moreover, I’m able to put a pulse on what’s going on in the space, what trends are we seeing around employment, or my strategy team will let me know we’re seeing this happen in the market X or Y or Z. It allows me to able to equip my people team with the right talk-track and skillset so that they’re able to work with employees on some of those issues we’re seeing within the business.

What would be your advice to somebody who doesn’t have the luxury of a team of people but still has to solve the organization’s crises?

Gather stakeholders, and make connections and friends. Before I even had people under my purview, I was a big advocate of the people and Human Resources functions. And I would say that most organizations have those champions. They may not be the ones you’d initially identify, but building those relationships and bringing those folks into the fold and using them to help you deal with times of duress is going to be really helpful.

It doesn’t have to be a one-person show. I think in HR, it can feel a bit siloed. HR is a function that bookends the organization but is also the business’s foundation of culture. So it always breaks my heart when I see HR get a little bit siloed. I encourage all HR leaders to really reach across functions, gather those stakeholders, and build those advocates for the people function.

Good answer. What’s something you thought you knew but then realized you didn’t know at all?

In past roles, when I tackled finances, strategies, or operations, what you were shooting for was really clear cut. You have key performance indicators, goals, and things of that nature you’ve got to hit.

When I took on people, I thought very similarly that I would just handle those key performance indicators. I don’t know that I was fully aware of or understood the depth of emotion that sometimes comes into a role like this. What I now do much better than I did before is really handling the emotional highs and lows that come with a people or an HR role.

It’s difficult. There are high points, like when you’re working with somebody on a promotion or restructuring an org, and it allows for more talent to kind of come forward, which is so exciting for me.

But there are these emotional lows where people are going through personal issues within the business or they’ve got sick parents, which is becoming more and more prevalent and people need time to themselves. There are times where you have to make the hard calls and let people go because of performance or because of the organizational needs. That’s not always easy, and to your earlier point, you can’t just rely on your gut to handle those conversations.

It’s a little bit of talent and finesse, and then there’s also a little bit of legal implication there, too, so you have to be really smart about how you handle those conversations. And that’s been a big learning curve for me.

You mentioned people having sick parents as an emerging challenge. Can you talk more about that?

It’s definitely becoming more prevalent. I actually think people with sick parents or family members who are very dependent on them is causing a little bit of the workplace burnout we’re seeing. That’s in addition employees’ wanting to achieve goals, personally develop, and other pressures that this workforce is putting on themselves.

When employees have sick family members, my conversations with them do tend to be private. I actually like to take them off-site if I can. A conference room is fine, but sometimes, even that can feel a little bit sterile. It’s a one-on-one conversation, and I like to go to a new space to have it with the individuals. I’m trying to treat them the way I would want to be treated.

For me, the golden rule very much applies in the people function, and you can’t always do that, but we can try. There are rules, regulations, and business needs that sometimes make that hard. But for me, with those employees, I like to pause and let them know we’re here and we support them. Then I try to understand what’s going on at home and where their parents are. Some people have parents in a different location. Some people have parents right here in town. It’s about really working with them on what the needs are in the family and what support their family needs from them and then helping them.

Well said. I guess I have one more question: Was there ever a time in your personal life that you felt your time in HR really helped you?

Yes, and it’s two-fold. One reason my experience in HR has been really beneficial is my husband’s actually an HR leader, too. So he and I relate on an entirely different level these days. I have a whole new appreciation for what he does.

The other way is on a personal note—approaching people from my personal life the same way I approach people here at Kazoo. That is, people matter. Employees matter. It’s about connecting people to one another and the work they’re doing. I think the same applies to folks outside the office. I do have a new appreciation for the conversations I have with others, understanding what drives them and understanding what connects them to what’s going on in the world around them—even outside the workplace.

And so now, kind of being in this people role, it’s really cool to connect with people on a slightly deeper, more interesting level because I can really appreciate the nuances and diversity that come with people of different backgrounds and different places in life.