I like watching baseball. Few things in life beat going to a weekday day game during the summer at Oracle Park (or even the Oakland Coliseum). Yet sadly, due to the coronavirus/COVID-19 outbreak, Major League Baseball has canceled the remainder of its spring training games and the 2020 regular season will be delayed by at least 2 weeks. 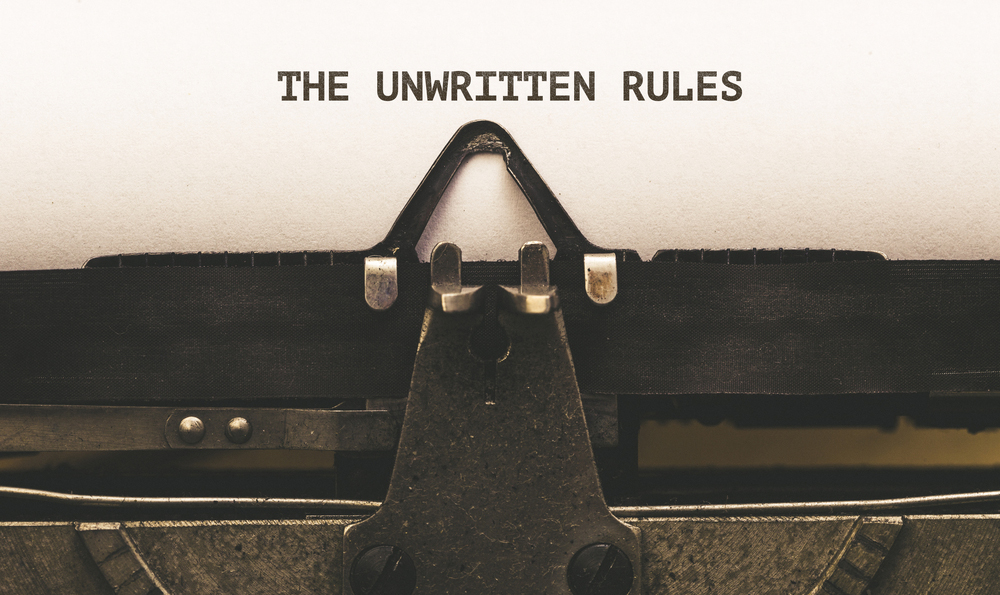 While we wait for the regular season to unfold, it’s a perfect time to compare baseball with the employment world. Baseball has its idiosyncrasies. Some are interesting, like the fact that of all the major American sports, baseball is the only one in which the defense controls the ball or puck. Some are silly, like managers wearing uniforms during games (imagine a football or basketball head coach wearing a uniform on the sideline).

Another peculiarity that sets baseball apart is the emphasis on its so-called “unwritten rules.” As noted in a dedicated Wikipedia entry, these rules include:

One area where there is some unwritten rule ambiguity is sign stealing—i.e., observing signs being given by the opposing catcher to the pitcher, then relaying the signs to the batter to give advance notice of what kind of pitch is coming next. Some forms of sign stealing are tolerated, while others are not.

Earlier this year, Major League Baseball (MLB) disclosed that the Houston Astros engaged in forms of sign stealing that crossed the blurred line during their 2017 World Series championship year. As described by The Washington Post:

The Astros used a camera positioned in center field at Minute Maid Park to decode the signs from the catcher to the pitcher and inform the batter what kind of pitch was on the way. That camera was used by the team’s replay room, whose operators were supposed to help [manager A.J.] Hinch decide whether to challenge an umpire’s call. But in addition to those duties, former bench coach [Alex] Cora instructed the replay room to relay the decoded information to a player, who would share it with teammates. That information was variously shared using the dugout phone, the cellphone of a staff member on the bench or another cellphone stored nearby.

Eventually, the Astros installed a video monitor displaying the same footage just outside the dugout so players could look at the video themselves. Players would bang on a trash can with a bat to signal to the hitter at the plate what pitch was coming. “Generally, one or two bangs corresponded to certain off-speed pitches,” according to Manfred’s investigative report, “while no bang corresponded to a fastball.”

Houston also deployed a computer software program called “Codebreaker” [that] was used to unmask the opposing battery’s signals. Using that center field camera, according to the Wall Street Journal, a staffer would log the stolen signs into a spreadsheet, then run an algorithm to determine an opponent’s sequencing and what all the signs meant. Houston’s front office joked that the program came from the franchise’s “dark arts” department.

As my colleague Matt Gilley described in an entry to this blog earlier this year, MLB issued harsh punishments to the Astros in response to their transgressions.

How Does this Apply to Employers?

But what can employers do when their employees engage in misconduct that does not violate a specific workplace rule?

Most employee handbooks and pertinent policies I have prepared or reviewed include several types of policy violations that may lead to discipline, including and up to termination of employment. Such lists may include misconduct such as making threats of violence, dishonesty, excessive absenteeism, theft, or falsification of records.

When enumerating examples of misconduct, handbooks and policy documents should include language indicating that the list of misconduct is not all inclusive but instead is illustrative of the types of behavior that are frowned upon by the employer. That way, employers can limit legal exposure when they take adverse action based on an “unwritten rule.”

There are still some important considerations that employers should keep in mind when disciplining employees who engage in misconduct not specifically contemplated by personnel policies.

Employers should ensure they are not taking action based on employees engaging in legally protected activity. For example, California law generally protects employees from discipline based on lawful activities engaged in during nonwork activities and away from the employer’s premises.

Additionally, employers should also do their best to treat similarly situated employees the same. Employees are similarly situated where they “have similar jobs and display similar conduct.” The “employees need not be identical, but must be similar in material respects.”