The disconnect between executive leadership and HR can often have disastrous consequences for an organization. Perhaps a critical talent identification program isn’t considered important by leaders, or safety and compliance concerns are not taken seriously. But what happens when the leader is HR? I recently had a chance to speak with someone who got into HR after a series of successful leadership positions. Now she combines the roles at her organization. 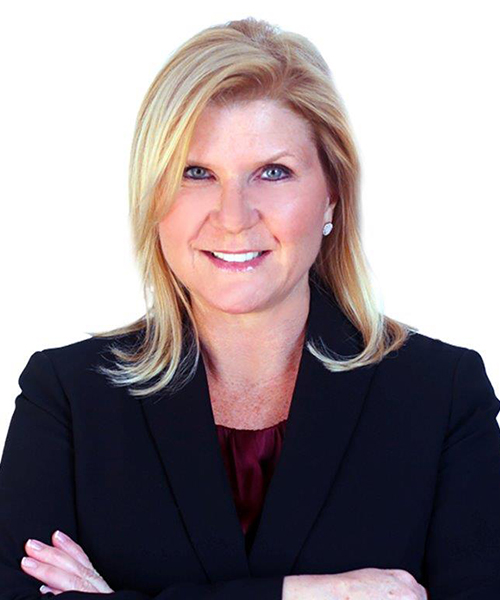 How did you get into leadership?

Ever since I could remember, I wanted to be a great leader. So whatever role I was in, that was always my primary goal. And throughout the years, I have continued to learn and develop. At one point, I was consistently achieving a top 10% Gallup leadership engagement score from my team, and we were producing industry-leading results for branding and marketing and helping participants retire successfully. We were constantly pushing the envelope.

So leadership just continued to gain momentum throughout my career. At one point, I was a marketing executive for one of our largest business lines when I had an ah-ha moment. I recognized two things. Number one was the importance of the external brand you’re creating for your consumers.

The second was the incredible importance of leadership internally and the high-performance culture you’re creating. The two have to match for an organization to thrive and be successful. What I found was in most organizations, there was this disconnect between the two. That’s when companies find themselves in trouble.

I imagine that a lot of HR people out there would agree that when they are not aligned with their leadership, that’s when trouble gets created or exacerbated.

That’s exactly right. And based upon what I have seen, there is this huge dichotomy that has been created between the opportunity in the marketplace and the talent identification, development and leadership of our people. My goal with this role is to create synergy between the two by becoming a voice and advocate in our workplace and industry.

Should leaders really just stick to the numbers and maybe HR should be doing the leaders’ jobs? Not everyone’s suited to being inspiring. What do you think about that?

There is a palpable difference between old-world management and new-world leadership. And unfortunately, the workplace has not made the transition. The marketplace has changed very dramatically over the last 30 years, but the workplace has not. And I think that’s because a lot of the boards and C-suites have hamstrung HR departments, restricting their impact to evolve and maximize this influx of new talent that’s coming into the marketplace.

These individuals are super educated; they are technologically savvy; they can make decisions very, very quickly; and they’re going to find themselves mired in a very antiquated and old-world leadership style, which by their accounts, use bullying and abusive behavior to manage their performance.

Yeah. And this is something I talk about a lot. The old-world leadership style seems to not be working from a workplace culture standpoint.

I have a good example of this. Today’s organizations recognize the benefit of hiring more women. I was in the role of HR professional and branding expert working with some large organizations that were having difficulty attracting women, and they didn’t know why.

I was able to candidly communicate that when I looked around the room, I was the only woman in the room. And that’s not a bad thing unless you want to attract women because they look up and see they’re the only women there, and they don’t believe the company truly wants to attract and support women. This is a superficial problem most companies are not thoroughly addressing, quite honestly.

When you actually check under the hood, the real problem is that the infrastructure has not transitioned to the new world. It’s not just the leadership; it’s the infrastructure systems that are antiquated and were not built for gender-balanced, high performing teams. And for that, I step back and share the statistics.

For example, MIT had a study at one point that looked at all-male teams, all-female teams, and gender-balanced teams. And the gender-balanced teams outperformed by 41% higher revenue than the all-male or all-female teams. As organizations attempt to hire more women, or create gender equality, which is one component of these new, high performing organizations, they will need to redesign their expectations so that both women and men can succeed together.

To drive the point home, I share that in almost every situation when I’ve had an industry-leading program that received a global award or led the industry in cash flow or client loyalty, it was almost always designed and executed by a gender-balanced team.

Great leaders are very different in the old world than they are today. New, high performing leaders are inspiring, they’re educated, they’re solution-oriented, they create engaged teams, and they’re innovative. All of those things are required to compete in this new world, and most companies currently don’t have an infrastructure in place to identify, hire, develop, promote, and protect these new world leaders.

In my experience, some people are leaders not because they want to make more money, although they enjoy what that affords them. It’s because they like the power.

Here’s what I found in today’s true high-performing leaders: Power isn’t part of the equation—at all. And so when you look at the characteristics of true high performers, they are focused on creating a team, they are focused on winning as an organization, and they are reaching across departments, even to those individuals who are trying to compete with them. They do not compete. They do not get mired in internal politics. They simply want to perform and do the right thing.

So when you think about these high performers who are not at the top competing against the power-hungry individual, that’s where these companies are just completely missing the mark.

Is there something in your personal life that led you to believe this way or vice versa? Have you used any of your personal experiences in your life to a positive effect?

Yes, there was actually one in particular that got me into the whole dynamic and changed my way of thinking. At one of my roles, we had achieved or exceed every goal. We had outpaced the competition, and we had won a global award. As a leader, I’d won the FCS Jamie E. Depeau Leadership Award for transformative leadership in our industry. And after 2 years of outperforming and outpacing, my job was eliminated. It was the first time ever in my life as a high performer that I had not had a role. So during my 1-year noncompete, I decided it was going to be the best thing that ever happened to me.

Instead of looking at why it happened, I was going to focus on making it the best year ever. I had a daughter who was a senior in high school. She was voted captain of her cheer team and had leadership qualities. She was smart and talented and had a full group of talented women she surrounded herself with.

And as I continued to mentor people in the workplace, I had this fresh, new perspective, and I kept hearing the same thing from men and women, which, as I explained to you, was this power dynamic between old world-leaders and would be high performers. These true high performers were basically being bullied and suppressed in the workplace.

One day, I hung up the phone from helping a mentee through a situation where he was being bullied, and my daughter came home from school and heard of this girl who was being bullied and reached out to her. She said, “This is ridiculous. In today’s society, how can that even happen? Why did that happen?” And immediately, I went to the workplace, and I thought, “How is she ever going to be successful in the workplace?”

This antibully generation is entering the workplace, and they’re going to encounter bullies every single day, especially if they’re high performers and especially if they’re women. So I began to research and found that women get bullied 75% of the time—65% by men and 35% by women. Men are not immune either. Thirty-five percent of men get bullied in the workplace. And here was the most appalling statistic—virtually 100% of high performers (both men and women), the ones who outperform an average team member by 2-500%, are bullied in the workplace.

After my 1-year noncompete, I took extra time to spend with my daughter but to also continued researching the topic of a new, high performance workplace. I used my education in strategy and statistics as well as my own experience mentoring and leading high performers, to write a business management book on high performing companies so that my daughter, her talented friends, my high performing mentees and those high performers I have not had the pleasure to meet yet can all work in organizations that leverage their unique talents.

The benefit for companies? They’ll decrease their HR risk while having simultaneously having the opportunity to outperform, out-innovate, and financially outperform their competition.

I’ve now landed at a high performing organization where I can leverage my leadership both in my discipline (marketing) but also in HR. We are currently undergoing a rebrand and you can rest assured there will be complete synergy between our external value proposition and our internal culture. And bullying has never been, or will it ever be, allowed.

So to answer your question, my daughter is what prompted me to go down this path. She was my inspiration.