The world’s largest beef processing company is facing Pennsylvania’s first wrongful death and survival action for the coronavirus-related fatality of an employee who worked in a 1,400-worker plant in Souderton. 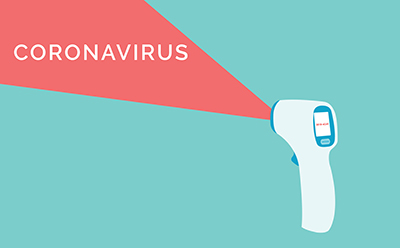 The case, recently filed in the Philadelphia Court of Common Pleas, alleges unsafe conditions—such as working in tight quarters without proper personal protective equipment (PPE)—resulted in the employee contracting COVID-19. The complaint argues his death from the virus was both “predictable and preventable” but that the company opted to “ignore worker safety” and carry on business as usual.

The case is a warning to employers about the importance of heeding federal agency guidelines and recommendations for safely operating during the pandemic. It’s particularly noteworthy as more employees are permitted to return to work even while the virus continues to claim additional lives each day.

Enock Benjamin, a union steward, worked for the JBS meat processing plant in Souderton from 2008 through 2020. As of his last day of work on March 27, 2020, several coworkers reportedly had already become infected with COVID-19.

When Benjamin left work, he was experiencing COVID-19 symptoms, including a cough. Over the next week, he became increasingly ill. While at home on April 3, he went into respiratory failure and died shortly after his son called 911 to assist him. An autopsy indicated the cause of death was respiratory complications related to the coronavirus.

Three days after Benjamin first came down with the virus, the Souderton plant was reportedly forced to close, allegedly because of reports that numerous workers had become ill with the virus. During the shutdown, JBS sanitized the plant to try to eliminate the spread of COVID-19.

By the time the plant reopened on April 2, JBS had reportedly obtained masks and other PPE for employees. But it allegedly didn’t mandate their use until 12 days later, on April 14. By contrast, the complaint points out the U.S. Centers for Disease Control and Prevention (CDC) and the Occupational Safety and Health Administration (OSHA) published guidelines on March 9 recommending (1) the use of PPE, including masks or respirators, for employees in close quarters and (2) social distancing of at least 6 feet.

A little over a month after Benjamin’s death, his estate sued JBS for negligence, fraudulent misrepresentation, intentional misrepresentation, wrongful death, and survival. According to the complaint, the company ignored federal guidance, including recommendations from the CDC and OSHA, which put its workers “in the crosshairs of a global pandemic.”

More specifically, the employer is accused of:

Further, JBS allegedly increased production at the Souderton plant in March by adding a “Saturday kill” to take advantage of the growing demand for ground meat caused by public-panic purchases. The company also allegedly misrepresented to workers that the risk of infection spreading in the plant was low.

In addition, it allegedly knew it should have taken precautionary measures to protect workers long before it reopened on April 2 and chose not to do so. Had it followed OSHA’s, the CDC’s, and other agencies’ vital guidance, the complaint alleges, Benjamin would not have died. Ferdinand Benjamin v. JBS SA et al., No. 200500370 (C.C.P. Phila., May 7, 2020).

The stakes are high. Employers unfamiliar with local, state, and federal guidelines for business operations during the COVID-19 pandemic may not only face unwanted litigation but also lose members of their workforce to the virus. You should follow the recommendations to prevent the spread of the virus to employees, vendors, customers, and other individuals who may enter your premises. The steps include (but aren’t limited to):

You’re also strongly encouraged to continue to permit telecommuting if feasible. This approach would be particularly important for urban businesses whose workforces depend on public transportation to get to and from work, and companies with workspaces that aren’t amenable to social distancing.

Upon discovering your workplace has been exposed to a person with a probable or confirmed case of COVID-19, you should implement temperature screening for all employees. That would include screening the individual with the confirmed case when she returns to work after the quarantine period. While the temperature checks should continue for at least 14 days after an exposure, the best practice is to conduct the screening routinely.

If you aren’t familiar with the local, state, and federal guidelines for operating during the pandemic, you’re strongly encouraged to contact your employment counsel.

Jessica L. Meller is an attorney with Saul Ewing Arnstein & Lehr LLP in Philadelphia, Pennsylvania. You can reach her at jessica.meller@saul.com.