Long before Veronica Calderon held a job with the words “diversity,” “inclusion,” and “equity” (DI&E) in the title, those concepts were part of her nature. She says she’s long been one “to champion the causes of the underdog and disenfranchised.” 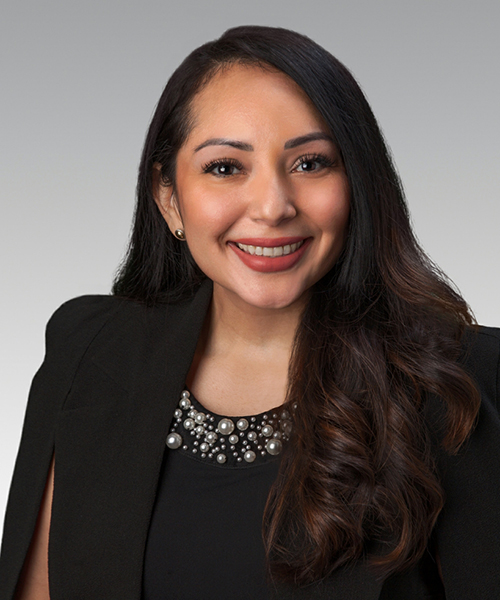 Now, as Senior Vice President of Diversity, Inclusion & Equity at Truliant Federal Credit Union in Winston-Salem, North Carolina, Calderon is continuing to put to work the lessons she learned as a teenage immigrant from Ecuador finding her way in a new country.

“My personality was shaped by experiences from early on in my life,” Calderon says. For example, at a young age, she spoke up when her sister was bullied or made to feel “less than” because she is hearing-impaired.

Calderon also dealt with being bullied herself because of her accent, and she endured discrimination based on the color of her skin and for speaking Spanish to her mother. She also saw her mother humiliated and called racial slurs at work, and she remembers her mother asking her to keep quiet about it because the family couldn’t afford for her mother to lose that job.

“The culture shock of being a female immigrant at the age of 14 can make some stronger or break the strongest,” Calderon notes.

Those and other chapters in her life drove her “to build each job that I had – regardless of what it was – to make it better for all who are seen as ‘less than’ or are seldom represented in the rooms where decisions are made,” Calderon adds. That’s why she made it a point to look for ways to integrate diversity, inclusion, and equity into every role she’s had—both because it is the principled thing to do and because it “makes every organization stronger when everyone’s needs are represented.”

Lessons from Experience and Advice for Others

Because Calderon has so much experience focusing on diversity, inclusion, and equity, she has advice to pass along to others—advice that includes marshaling support from company leaders and educating people at all levels of an organization.

“Each organization is on a different journey,” Calderon says. “Each has specific challenges and roadblocks that can make the work harder, but the effort will pay off.”

Sometimes, there is a lack of engagement or other underlying factors that can be addressed only by having a dedicated executive lead the work, she adds. “Senior leadership has to buy in and be on board.” But in addition to getting backing from senior leadership, support from middle leadership, especially the supervisors who work with frontline workers, is crucial.

Education throughout the organization is key, Calderon says. Educating people at all levels “is the foundation that allows for implementation of companywide initiatives.”

Often, there can be misconceptions around what DI&E means and its role in company culture, but education provides a common understanding of the goals. “If people don’t understand the why, it’s much harder for them to buy in,” she says. That education includes diversity-related training for both managers and rank-and-file employees.

“We need everyone to speak the same language and hear the same message,” she adds. “Not everyone will process the message in the same way initially, but if the message is consistent and frequent, it will be understood.”

Calderon points out that people are on their own individual journeys, and the organization is on a journey of its own, too. “Each person is a product of their own culture and biases. It is our job to broaden their knowledge and help them to see the world from another’s point of view.”

While diversity training can contribute to a culture that’s inviting to diverse candidates, the job doesn’t end at the recruiting stage. Once hired, steps need to be taken to retain diverse talent.

Calderon has some advice: “Start with a blank slate. Don’t assume. Ask questions. Listen to understand their needs and how they might be different from traditional employees or what your expectations are. Repeat back so that you are sure you understand.”

Mentoring programs also are useful, Calderon says, and she suggests examining an organization’s policies and practices to see how they may need to be revised to help diverse talent enhance their careers.

Too often, a lack of support and advancement opportunities causes diverse talent to leave. Calderon suggests adding DEI-related questions to periodic engagement surveys as a way of doing a “pulse check” on how things are going.

Even though the benefits of a diverse workforce are well known, some leaders and rank-and-file employees resist diversity-related training and other efforts. That’s when leadership buy-in becomes crucial. “To do this work, our leaders need to understand that this is both the right thing to do and the smart thing to do,” Calderon says.

“I start with building a business case for it. There are plenty of studies that highlight how diverse companies with a sense of belonging for their teammates have higher retention, greater engagement, and increased profits,” Calderon adds. “That is doing the smart thing.”

But more is required. Companies also must communicate the impact of the absence of DI&E in the workplace. For example, the lack of safe spaces within the workplace to have open and honest conversations about societal issues, as well as a lack of diversity in leadership roles across the nation, presents challenges for employers. “Let’s change that. This is doing the right thing,” Calderon adds.

“Resistance usually stems from a lack of knowledge or habit. Some people resist all change. Most people are good people and want to do the right thing. It just needs to be explained to them,” she notes.

Effect of the Outside World

No one is immune from the societal issues that have been on the minds of people the world over in recent months. The Black Lives Matter and #MeToo movements are examples. Those concerns don’t go out of sight and out of mind when people go to work. That’s why Calderon says it’s important to recognize the reasons behind movements.

Once the reasons are realized, “then I contemplate how we as an organization can change the narrative,” she says. “It is great to have a message that addressed the movement, but what is life-changing is the work that is done inside of the organization to build spaces to have those conversations.”

The COVID-19 pandemic also has brought diversity-related issues to light.

“During the pandemic, people had more time to read, research, stop, and pay attention to what was happening around the nation – not just around the pandemic, but police-related shootings of unarmed Black men, nationwide protesting, and the outcry for change,” Calderon says.

“We noticed that some of that outcry for justice also came in a way of outcry for resources for those communities hit hardest by COVID. For me, daily, I was reminded of how important my job is, not just for implementing strategies, but to be the voice of those who are not yet at the table.”