It’s a significant financial and operational commitment for a company to hire a new team member. Onboarding and training require considerable resources, not to mention the salary, benefits, and taxes involved in compensating the new hire. Operationally, new team members are often accountable not just to their boss but also to stakeholders in other departments by virtue of increasingly interconnected and collaborative offices. 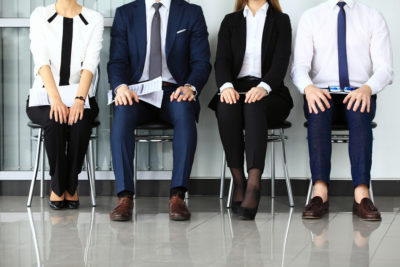 So it’s understandable that employers might want to use an extensive interview process to thoroughly vet candidates before selecting one for an open position. But employers need to be careful not to drive applicants away with overly onerous interview processes, particularly in a job market in which applicants have considerable leverage.

Long Interview Processes Can Be a Big Turnoff

In an article for BBC Worklife, Mark Johanson presents the experience of a 49-year-old software engineer from Indiana named Mike Conley, who became so frustrated with a seemingly never-ending interview process that he ultimately pulled his application. In Conley’s case, the employer was unable—or perhaps unwilling—to even share whether a six-round follow-up to an already completed three-round interview process would be the final step in making a hiring decision.

According to Johanson, Conley’s experience is not unusual. “The internet is awash with similar stories jobseekers who’ve become frustrated with companies—particularly in the tech, finance and energy sectors—turning the interview process into a marathon,” he writes. With many jobseekers enjoying a large number of potential opportunities these days, they have the luxury of being selective and may be turned off from an interview process that seems unnecessarily burdensome and time-consuming.

A couple of best practices might help strike the right balance for recruiters:

The labor market, as with most markets, is cyclical. Sometimes employers have a great deal of leverage and are awash with candidates. In these cases, they can ask them to submit to extensive vetting. But this is not one of those times! Employers today are struggling to find workers. Those that ask applicants to go through an unnecessarily lengthy and opaque process are likely to lose out on candidates who have plenty of alternatives.