Major depressive disorder affects many Americans. In 2017, about seven percent of U.S. adults endured at least one major depressive episode, according to the National Institute of Mental Health. When the depressive episodes occur at work, they can create tough HR challenges. On May 27, 2021, the U.S. 11th Circuit Court of Appeals (which covers Georgia, Florida, and Alabama) analyzed a case dealing with an employee with major depression in the workplace. The court ruled it was permissible to terminate the individual who made threats against her own life and the lives of others even though she had the mental disorder and had participated in statutorily protected activity. 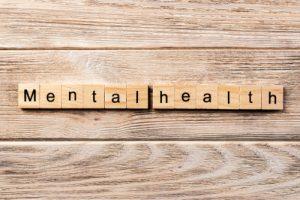 Jerri Todd, a former teacher at Whitewater Middle School in Fayette County, suffered from major depressive disorder. She shared details about the mental health struggle with her principal, Connie Baldwin, who helped refer her to mental health professional Dr. Linda Weigand and assisted her in scheduling her first appointment.

After Weigand diagnosed Todd with major depressive disorder and anxiety, Baldwin’s support for the teacher remained steadfast. In fact, for many years, she worked without incident at the school.

But in 2017, when Todd was speaking with other teachers, she allegedly threatened to kill herself and her son (who was a student at the same school). She also allegedly made other threats against Fayette County administrators.

Todd was sent to a mental health facility. Although Weigand testified she thought the step was unnecessary, she still agreed because the process was already in place, and she didn’t think it would hurt to have the teacher evaluated. As a result, Todd was admitted, involuntarily, to Lakeview Behavioral Health until she was released four days later.

No Return to Work

Fayette County didn’t permit Todd to return to work the following Monday (January 30) because it was still investigating the incident and hadn’t yet received a release from her doctors. The same day, she met with Fayette County HR director Erin Roberson, who oversaw the investigation.

According to Roberson, Todd told her “the statements she made were due to depression and not taking her medications” and “she felt she was talking to coworkers that she could trust.” The HR director also reported the teacher admitted having suicidal thoughts but insisted she never acted on them.

The next day, the Georgia Department of Family and Child Services (DFCS) sent Roberson a copy of a safety plan that temporarily denied Todd access to her son. But Weigand and Lakeview Health also sent letters to the HR director that day, stating the teacher could return to work. Weigand’s letter, in particular, said Todd was “clear to return to work,” and there was “no concern” she presented a “threat to herself or others” at the time.

The letters notwithstanding, Fayette County Superintendent Dr. Joseph Barrow barred Todd from returning to work while the investigation continued. In his view, she couldn’t return to the classroom unless the original reports about her behavior proved to be false. Nor did he want her around other students while the DFCS prevented her from being around her son. Even so, he asked Roberson to contact Lakeview to learn whether the county could implement any protocols to prevent Todd from engaging in similar behavior upon returning to work.

Soon after Todd’s release from Lakeview, the Clayton County Juvenile Court denied her petition for custody of her son. After the hearing, Roberson let her know Fayette County was placing her on administrative leave. In response, Todd claims she told the HR director she was covered by the Americans with Disabilities Act (ADA).

Roberson followed up a few days later and informed Todd she couldn’t return to the classroom because she (1) threatened to kill herself and her son and (2) was denied custody of her son. She also explained to Todd that if she didn’t resign, Barrow would likely terminate her employment.

But Todd refused to resign, instead informing Roberson she had hired an attorney and would be requesting Family and Medical Leave Act (FMLA) leave through April 28. Fayette County granted the leave.

Meanwhile, Todd regained custody over her son on February 28. A month later, around the end of March, she submitted a letter to Roberson from Weigand, dated March 2, that said her behavior had stabilized and the doctor had no concern the misconduct would recur.

But on March 28, Roberson received a report that Todd again made threatening comments (this time against other Whitewater employees). Fellow teacher Julie Lunceford said Todd told her she “lay awake at night trying to thin[k] of the things that [she] can do to people in that building” and that she “just wakes up in the night and just has these ideas.”

Todd’s grin when she made the comments scared Lunceford. She also asked Lunceford what she thought Baldwin would do if she waited by the principal’s car and tried to speak with her. Based on the remarks, Lunceford was concerned she might act violently toward an administrator. So Lunceford stayed with her until she saw all three administrators leave.

Todd disputed Lunceford’s account. She denied ever making comments about doing things to people, and she said Lunceford never appeared frightened. Although she conceded she had mentioned Baldwin to Lunceford, she said she did so only because she felt like she used to be friends with Baldwin and wanted to have a relationship with her again.

Roberson reported all the information she had gathered from the investigation to Barrow. Based on the details, he believed:

As a result, Barrow believed Todd could no longer effectively work in Fayette County. So on April 26, he sent her a notice of nonrenewal.

Todd sued Fayette County, claiming discrimination under the ADA, interference with her FMLA rights, and retaliation in violation of the statutes. In short, she alleged that by ending her employment, the count discriminated against her because she suffered from major depressive disorder and retaliated against her for asserting her statutory rights.

The U.S. District Court for the Northern District of Georgia ruled in Fayette County’s favor, dismissing the case without a trial. The court concluded the county had endedTodd’s employment because of her conduct (the threats she made against her own life and the lives of others), not because she had major depressive disorder or b participated in statutorily protected activity.

Todd filed an appeal, but the 11th Circuit upheld the lower court’s ruling.

Disability discrimination. Todd claimed there was a dispute about whether she actually made the statements. Even if she hadn’t made the comments, however, the court found no disability discrimination took place. She was unable to present any evidence to suggest Barrow didn’t honestly believe Todd threatened herself, her son, and other employees or that she ingested excessive amounts of Xanax while responsible for students at Whitewaterl.

According to the court, the ADA doesn’t require an employer to retain an employee who it believes behaved in a threatening and dangerous way, even if her major depressive disorder is one reason, or the sole reason, she engaged in the conduct.

ADA and FMLA retaliation. Todd argued the retaliation claims should survive because of the close temporal proximity between the assertion of her ADA rights, during her February 1 meeting with Roberson, and Fayette County’s request for her to resign on February 3. She also relied on the closeness in time between when she requested the FMLA leave on February 7 and when Roberson e-mailed Baldwin on February 15 and suggested her contract might not be renewed.

The 11th Circuit ruled temporal proximity by itself generally can’t prove an employer’s reasons for firing an employee are pretext (or an excuse) for retaliation. The court also found no evidence Fayette County’s stated reasons for letting Todd go were merely an excuse to cover up retaliation. To the contrary, it found the record reflected the employer was already contemplating ending her employment when she asserted her ADA and FMLA rights on February 1 and 7.

FMLA interference. Finally, the 11th Circuit affirmed the dismissal of Todd’s FMLA interference claim. To prove it, she needed to show she was denied a right to which she was entitled under the Act. She claimed Fayette County wrongfully denied her the right to reinstatement.

The appeals court found Fayette County would have terminated her regardless of her taking the leave. It  presented evidence she (1) made threats against herself, her son, and other employees and (2) consumed the excessive amounts of Xanax while at school. Also, it asked for her resignation four days before she took the FMLA leave. Todd v. Fayette County School District.

Navigating employment laws with an employee who is suffering from severe mental illness and disrupting the workplace can be very challenging. On the one hand, you want to help the employee who is going through a difficult period. On the other hand, you need to protect the workplace. Balancing the two interests isn’t easy. You may be reluctant to let go of an individual who is committing a terminable offense or a safety issue because you’re afraid of violating the ADA or the FMLA.

Todd’s case shows you can lawfully discharge employees in certain situations when they cause a safety concern or commit an egregious act that would otherwise be a legitimate reason for termination. Because the scenarios are very fact-intensive, we recommend you consult with your employment counsel on best practices.

Raanon Gal is an attorney with Barnes & Thornburg LLP in Atlanta, Georgia. You can reach him at rgal@btlaw.com.