The National Football League (NFL) recently levied a $10 million fine against the Washington Football Team (WFT) for fostering a workplace culture loaded with sexual harassment, bullying, and intimidation. The fine, imposed at the end of a months-long investigation, is one of the harshest penalties the league has ever assessed. The money will be used to support organizations committed to character education, antibullying efforts, healthy relationships, and related topics. 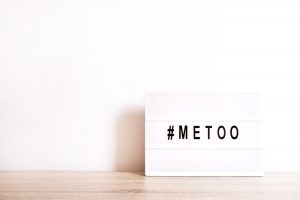 How We Got Here

Since the revelation of sexual and emotional abuse against young female gymnasts by team doctors and coaches, reports of similar mistreatment have proliferated throughout the sports world. Women athletes in track and field, swimming, and a variety of other team sports around the world have alleged mistreatment ranging from career-ending diet and training regimens to sexual assault.

The discrimination lawsuit filed by the world champion U.S. women’s soccer team and the recent disparate training, lodging, and general support for the men’s and women’s teams in the NCAA basketball championship made a large audience aware of the inequities in sports. Now, professional sports leagues are responding to the unwanted publicity.

The magnitude of the fine likely reflects the sordid history of the WFT (formerly the Redskins), which has been defending lawsuits and other allegations of sexual harassment by its female cheerleading team dating back more than a decade. The team recently announced it was dropping its cheerleaders for a co-ed dance team after it made a confidential settlement involving sexual harassment allegations filed by a number of former cheerleaders.

With the 2021 Summer Olympics on the horizon, sports groups are preparing for the spotlight that will be turned on them and hoping it focuses on the athletes’ achievements, not the troubled history of misconduct involving the organizations themselves.

H. Juanita Beecher and Burton J. Fishman are attorneys with FortneyScott in Washington, D.C. You can reach them at nbeecher@fortneyscott.comor bfishman@fortneyscott.com.