It’s probably safe to say that everyone has said things in a heated moment they later regretted. It could be during an argument with a significant other or while scolding a child, for example. Depending on how one looks at it, the stakes may be considerably higher when such outbursts occur in the workplace. 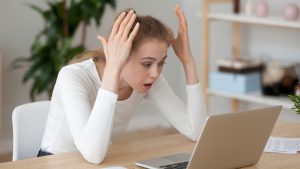 This is particularly true of angry emails sent to colleagues. Not only are angry emails easier for some to fire off than if they were delivering the same message face-to-face, emails also don’t go away. They’re stored on an email server indefinitely in black and white. This means it’s incredibly important for employees to avoid sending those angry emails unless and until they’ve had a chance to calm down.

Here are some tips to help avoid the kind of toxic relationships that hotheaded email messages can create.

Even if one never sends that angry email, it can be oddly therapeutic to simply draft it. Getting those feelings out onto a screen can help prevent bottling them up inside. But once that email is drafted, take a few moments to rethink sending it. Minimize it and come back to it later in the day or even later in the week if it’s not time sensitive. Step away from the computer and take a walk to cool down. People often find that when they return to re-read their heated email, they’re not comfortable sending it after all.

This doesn’t necessarily mean that the general idea of the email can’t get sent. Often angry email tirades have at their core genuine concerns and valid points. The problem is that they’re buried under and integrated with toxic and counterproductive language. Revisiting that language with a clear head can help maintain the appropriate level of professionalism, tact, and control. Coming across as the office hothead is rarely a sound strategy on the path to career advancement.

Regardless of periodic disputes, long-term relationships with even the most difficult colleagues must be maintained in order to work effectively and collaboratively in the future. Even a single heated email can poison a professional relationship for years to come.

Most people have found themselves in a situation in which they’d really love to let loose on a colleague via a scathing email. But while that might bring temporary satisfaction, the long-term consequences far outweigh any momentary joy. Employees feeling the urge to send fire through the web are well advised to take a breath and think before sending.