The word “extreme” has been used to market a variety of products and activities. Sports broadcasters market “extreme sports” like street luging and mountain biking; gyms and fitness influencers promote extreme workouts; even Doritos has a line of “extreme” chips. 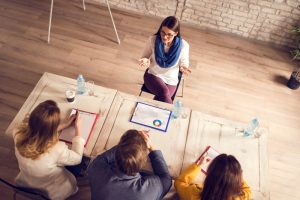 But one place one might not expect to see the “extreme” adjective is in the context of job interviews. That’s what observers have started labeling a recent trend in interviews in which interviewers throw seemingly random, often bizarre questions at candidates to see how they respond and react.

A Look at Extreme Job Interviews

“According to the Daily Mail, the most popular extreme question is ‘What kind of dinosaur are you?’,” writes Michael Brown for Real learning, for a Change. “Apparently ‘Tyrannosaurus Rex’ is not a good answer,” he says. Why? Well, Brown suggests it’s because the T-Rex is the most commonly referenced of the species and, therefore, may come across as unimaginative. “On the one hand, the answer might be interpreted to mean that you’re a bully and a predator,” he says.

Extreme interviewing originated with big tech companies like Apple and Google around the early 2010s, at a time when employers—especially the Apples and Googles of the world—had all the leverage in the labor market. With a seemingly endless list of applicants for a single job opening, extreme interviewing was a way to allow top candidates to further distinguish themselves in a crowded field.

Extreme Interviewing is Not for Everyone

Today, things are quite different, as any small business owner or hiring manager will tell you. It’s now the applicants who have considerable leverage in applying to jobs. It’s therefore not likely that many companies currently have the ability to try their hand at extreme interviewing; however, some highly desirable employers like Google and Apple may still find themselves in the position of having far too many applicants for an available opening.

In any case, it’s a technique that both interviewers and interviewees should be aware of in the recruitment process as just another arrow in the quiver of a recruiter.