A recent employer-friendly decision from the U.S. 5th Circuit Court of Appeals (which covers Louisiana, Texas, and Mississippi) is a reminder to take disability accommodation requests seriously. Also, remember an accommodation can be reasonable even if it’s not the employee’s preferred choice. 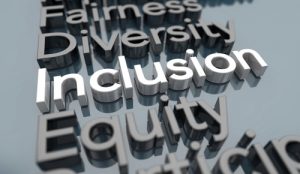 In May 2016, Willis Towers Watson (WTW) hired Christian Jennings to work as a seasonal benefits adviser, a position she had held for the three previous seasons. On May 24, during a second day of mandatory training, she fell and was injured in WTW’s parking lot.

A doctor diagnosed Jennings with left ankle pain and right shin pain. The doctor cleared her to return to work the following day with certain restrictions, which were expected to last until June 1, 2016. The restrictions included walking no more than two hours per day and refraining from climbing stairs.

Jennings didn’t return to the training, which was held on the second floor of a building, because she didn’t think WTW had an accessible elevator. She also claimed she asked the employer to have a trainer meet her on the first floor to continue the training and that the request was denied.

Instead, WTW let Jennings know she could restart the training on June 6. She alleged the employer told her if she didn’t report for training on that date, she would be unemployed. As offered, she restarted and completed the training.

Jennings later filed a discrimination charge with the Equal Employment Opportunity Commission (EEOC) asserting that after she was injured on the job and saw a doctor, WTW denied her request for a reasonable accommodation. After her eventual termination for attendance-related issues, she filed a lawsuit against the employer asserting various claims, including hostile work environment and disability discrimination under the Americans with Disabilities Act (ADA).

No Failure to Accommodate

The district court concluded Jennings’ disability discrimination and failure-to-accommodate claims failed because her injury wasn’t permanent and thus couldn’t be a substantially limiting impairment within the ADA’s meaning. The 5th Circuit declined to adopt the same reasoning, likely because the district court didn’t consider an amendment to the ADA and subsequent case law that cast doubt on its correctness.

Instead, the 5th Circuit focused on whether WTW offered Jennings a reasonable accommodation. In fact, in response to the injury, the employer said she could restart the training on June 6, which she did. The appeals court then noted case law has found “time off, whether paid or unpaid, can be a reasonable accommodation.” Accordingly, she failed to show the company’s proposed accommodation (effectively providing unpaid leave and extending the period for her to complete the training) was unreasonable.

The 5th Circuit explicitly rejected Jennings’ argument that she should have been provided with a trainer on the building’s first floor. After all, “the ADA provides a right to a reasonable accommodation, not to the employee’s preferred accommodation,” the court stated.

Lastly, the 5th Circuit found Jennings’ claim she was terminated because of her disability was properly dismissed because there was no evidence she was disabled at the time of her discharge. Rather, the evidence related to her medical diagnosis indicated her limitations would only last until June 1, and she wasn’t let go until after that date. Jennings v. Towers Watson, No. 17-3030 (5th Cir., Aug. 25, 2021).

Take seriously all accommodation requests arising from an employee’s limiting physical or mental conditions, even if they appear minor or temporary. The request triggers your obligation to engage in the interactive process to (1) determine the nature of the disability and the limitations that may affect the individual’s ability to perform the essential job functions and (2) explore accommodation options.

Finally, while you should consider an employee’s preferred accommodation, it may not be legally necessary to provide it if another reasonable option exists. Ultimately, the obligation is to provide effective, reasonable accommodations for employees with disabilities, not to allow them to dictate the solution.

Michael Foley is an associate in Jones Walker LLP’s labor and employment practice group in New Orleans. You can reach him at mfoley@joneswalker.com.