Of all the people associated with the National Football League, it was Tony Dungy who got himself in some hot water with comments he made over the last couple weeks. It was the same Tony Dungy who is looked upon as thoughtful and mild-mannered and whose persona, during his tenure as an NFL head coach […]

I keep coming back to books about baseball, but they’re just too valuable in terms of personnel management. A baseball manager (and his colleagues in the team office) function so much like an HR department. They have to pick the best roster and field the best lineup for the opponent each night. They have to […]

This past Friday, LeBron James announced his return to Cleveland after four years of displaying his talents at South Beach. One of the biggest clues that something was in the works was when the open letter written by Cleveland Cavaliers owner Dan Gilbert in 2010 to the then-departing LeBron suddenly went missing from the team’s website. In […]

As we head into the July 4 weekend, your EntertainHR sports reporters cover America’s favorite pastime–litigation! The women who cheer football got a boost this week when the Oakland Raiders announced they would pay their Raiderettes the California minimum wage of $9 per hour beginning this coming season.  This blog first covered the story back in […]

When Karlesha Thurman got ready for her college graduation ceremony, she probably had no idea that she would be picking up international news coverage along with her accounting degree. Thurman’s three-month-old daughter became hungry during the festivities and Thurman did what countless other mothers have done–she nursed her hungry baby. A friend snapped a photograph […]

If you were a teenager in ’70s or ’80s who loved pop music, you undoubtedly recall huddling next to your AM transistor radio, maybe with your cassette recorder on standby so you could hit “record” at the just the right time, listening to “American Top 40” with its mellifluous host Casey Kasem. Each week, Casey […]

I’m a Wake Forest basketball fan from way back, so I’ve followed Tim Duncan’s professional career closely since 1998. All the sports fans out there are well aware by now that Duncan’s San Antonio Spurs won their fifth NBA title last night in convincing fashion over the Miami Heat. All the Spurs’ titles have come […] 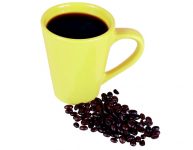 Last week, basketball royalty and media-superstar LeBron James was forced to make an early exit from Game 1 of the NBA Finals due to severe leg cramps. The King’s cramps were due in large part to the malfunctioning air-conditioning system at the AT&T Center, home of the San Antonio Spurs. Combined with the Texas summer […]

Remember when the study of genetic information was deemed to be the purview of those in the medical field or reserved for films and television shows that were classified as “futuristic science fiction”? Not anymore. Today we live in a world where everyone is fully aware that their own genetic code and family history could […]

If you are a Mary Poppins fan, as I am, you were probably as excited as I was to check out Saving Mr. Banks, which is based on Walt Disney’s long-time efforts to bring Mary Poppins to the big screen. As chronicled in the film, that proved to be quite the challenge given that the […]