A recent decision by the U.S. Court of Appeals for the 6th Circuit—which covers Kentucky, Michigan, Ohio, and Tennessee—highlights that an employer can be sued for violating the Uniformed Services Employment and Reemployment Rights Act (USERRA) based on statements by managerial employees that reflect a bias against taking leave for military service, even though the employer never denied a single request for such leave. 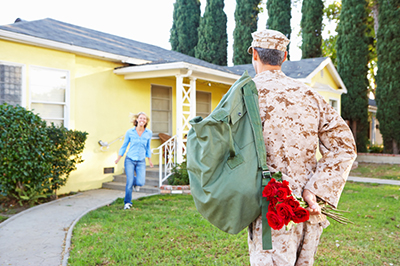 After joining the National Guard but before leaving for training, Hickle interviewed for a management position with the Easton general manager, Tim Kalman. According to Hickle, when he mentioned that he would need to leave for military training for approximately 6 months, Kalman abruptly ended the interview. The person who got the promotion later told him: “Thanks for joining the military. I just got promoted.”

AMC did promote Hickle to a management position when he returned from military training. He was promoted again in 2013, this time to kitchen manager at the Easton theater. In the interim, he continued in his military service, including serving for more than a year in Afghanistan.

Although AMC never prevented him from fulfilling his military obligations or denied him time off, Hickle claims one senior manager, Jacqueline Adler, repeatedly expressed disapproval when he had to take leave for military duty. For example, in 2013, Adler allegedly made comments that “[his] requesting time off was always frustrating” to her and “it always put a major issue on her schedule.”

In June 2014, Hickle was scheduled to close on a Thursday preceding a military obligation that was set to begin on Friday. Because closing shifts often ended after midnight and military service orders could commence at midnight, he couldn’t close that Thursday.

He claimed that when he informed Adler, she responded that he “need[ed] to find another job” because he no longer met the minimum qualifications for being employed by AMC. He reported her comment to Kalman, who said he would take care of it.

Hickle claimed Adler continued to make negative comments about his military service obligations and their impact on staffing at the theater. For example, when he requested time off for a military obligation in February 2015, she allegedly commented that he was “taking off the whole summer” and “we just need to get [Hickle] replaced.”

In April 2015, AMC terminated Hickle’s employment after an incident involving a dispute over food that another employee was allegedly taking home. According to AMC, Hickle was terminated for unprofessional behavior and impeding its investigation of his behavior during the food dispute incident.

Hickle filed a lawsuit in federal court in Columbus, Ohio, alleging he was denied the promotion in 2008 and wrongfully terminated in 2015 in violation of USERRA and Ohio law. The district court granted summary judgment (dismissal without a trial) to AMC on the wrongful termination claims, but not on the failure-to-promote claims.

To position the district court’s ruling on the wrongful termination claims for an immediate appeal to a higher court, the parties agreed to allow Hickle to amend his complaint to strike his federal and state law failure-to-promote claims.

Turning to the facts, the court noted Hickle presented evidence that a manager, Adler, “persistently made [antimilitary] comments, up to and including threatening to get him fired for ‘something else,'” when he had to miss a weekend for military duty. He also presented evidence that she was plotting to get him fired. In addition, the court found fault with the quality of AMC’s investigation of the misconduct for which it said it terminated his employment and suggested that the probe could have been more thorough.

The court noted that although the district court thought the fact that AMC had never denied any of Hickle’s requests to take time off for his military obligations was “strong evidence” in the employer’s favor, “we do not find this fact to be determinative, as there could be numerous situations in which an employer would grant requests for military leave (albeit grudgingly) for years and nevertheless finally wrongfully terminate an employee for taking such leave.”

Concluding that Hickle had presented sufficient evidence in support of his wrongful discharge claims being decided by a jury, the court sent them back to the district court for further proceedings. Hickle v. American Multi-Cinema, Inc., Case No. 18-4131 (6th Cir., June 20, 2019).

It remains to be seen whether this case will actually go to trial. On the whole, juries tend to be pretty sympathetic to military veterans and servicemembers in USERRA cases. Hickle’s case is a good reminder of the importance of not only granting all requests for military leave but also avoiding comments that suggest granting the time off is inconvenient or poses “hardships” from a staffing standpoint.

USERRA and similar laws were intended to encourage employees to volunteer for military service by granting them considerable job protections. While some people might view the laws as imposing extra burdens on employers, the obligations shared by all employers are intended to benefit not only servicemember-employees but the country as a whole. It’s important that all members of management view USERRA rights from that perspective.

Franck Wobst, an attorney with Porter Wright Morris & Arthur LLP, is also an editor of Ohio Employment Law Letter and can be reached at fwobst@porterwright.com.