Recently, a manager named Carol told me she had been verbally attacked by another manager. The anger seemed to come out of nowhere. Carol asked a question, Mount Vesuvius erupted, and next thing she knew, she was covered in hot lava. It happened at the end of a management meeting when others were still lingering. No one, including her boss, came to her defense. 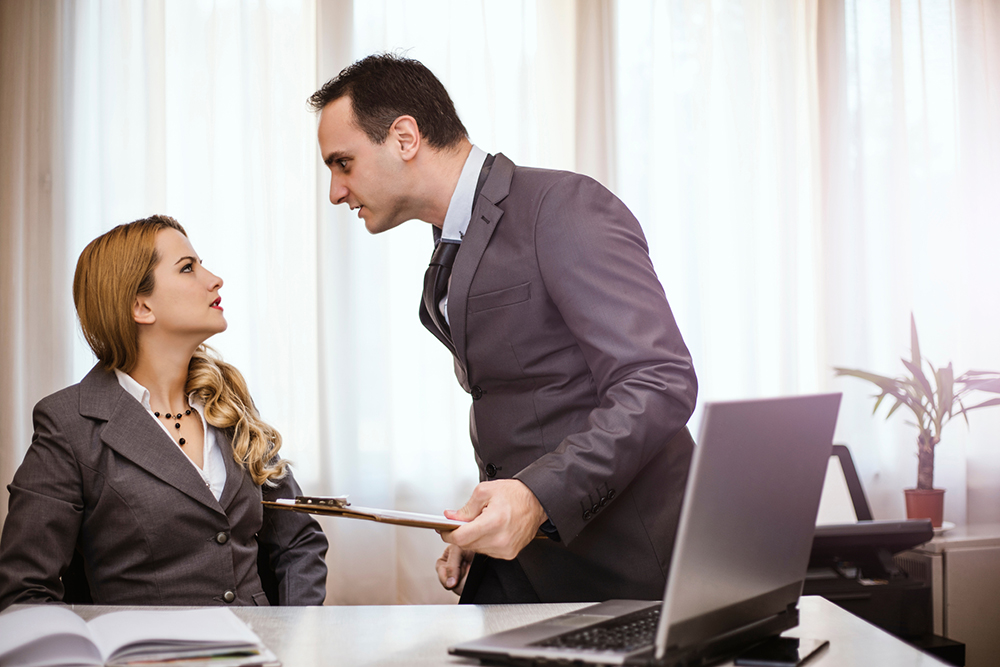 The offender was someone with whom Carol had a good working relationship. She’d heard others mention his blowups, and she had even witnessed him dressing down another employee, but she had never been his target before.

A generally upbeat and secure individual, Carol said she felt nearly sick for a couple of days after the incident. She could no longer trust the other manager. She felt bitter disappointment in some of her colleagues who didn’t intervene on her behalf. She also felt guilty because she knew of her coworker’s past bad behavior toward others, and she hadn’t offered them her support. To add insult to injury, she never received an apology.

The organizational fallout from an ugly episode like what happened to Carol goes beyond the two individuals involved in the confrontation. The witnesses to the spectacle must process what happened, contend with their own feelings of inadequacy for not intervening, and try to maintain respect for everyone involved.

Then there’s the office grapevine: Did you hear what happened at the end of the management meeting last week? He’s such a bully! So, is Carol’s coworker a bully?

The Workplace Bullying Institute (WBI) defines bullying as repeated, health-harming mistreatment of one or more persons (the targets) by one or more perpetrators. It is abusive conduct that is:

The offender in this scenario definitely heaped verbal abuse on Carol. The fact that he did the same thing to other employees before the incident with Carol makes it repeated. So, yes, he is a bully.

One common reason bullies get away with objectionable behavior at work is that their specific skills or expertise are helpful to the organization. Management may turn a blind eye when an employee possesses a hard-to-replace skill set. Alternatively, the overall work environment of the organization or work unit may permit bullying, or even justify or reward bullies’ behavior.

The results of a 2017 survey of U.S. workplaces conducted by the WBI speak to the large numbers of employees affected by workplace bullying:

According to the WBI, bullying is four times more common than sexual harassment or race discrimination because bullying is not yet illegal in most workplaces. The survey findings indicate, however, that a majority of Americans (77%) support enacting a new law against bullying. In fact, model legislation called the Healthy Workplace Bill has been introduced in 31 legislatures (in 29 states and two territories).

The Healthy Workplace Bill gives targets the right to file claims against bullies and employers. It includes a model “abusive conduct policy” employers may adopt. The policy includes a statement of commitment to certain organizational values, defines abusive conduct, defines employers’ and employees’ responsibilities, prohibits retaliation against targets who complain, and lays out a specific internal complaint process.

Employers that implement and promote such a policy, even without legislation, may prevent blowups like what happened to Carol. At any rate, you will place responsibility for the bad behavior where it belongs: on the bully’s shoulders.

Jennifer Blake is a consultant with F&H Solutions Group.