Are you using personality assessments during the recruiting process? If so, are you using them for anything else? While these assessments are great for seeing whether a candidate would be a good fit for your company, you would get more bang for your buck if you were to use them throughout the entire employee life cycle. 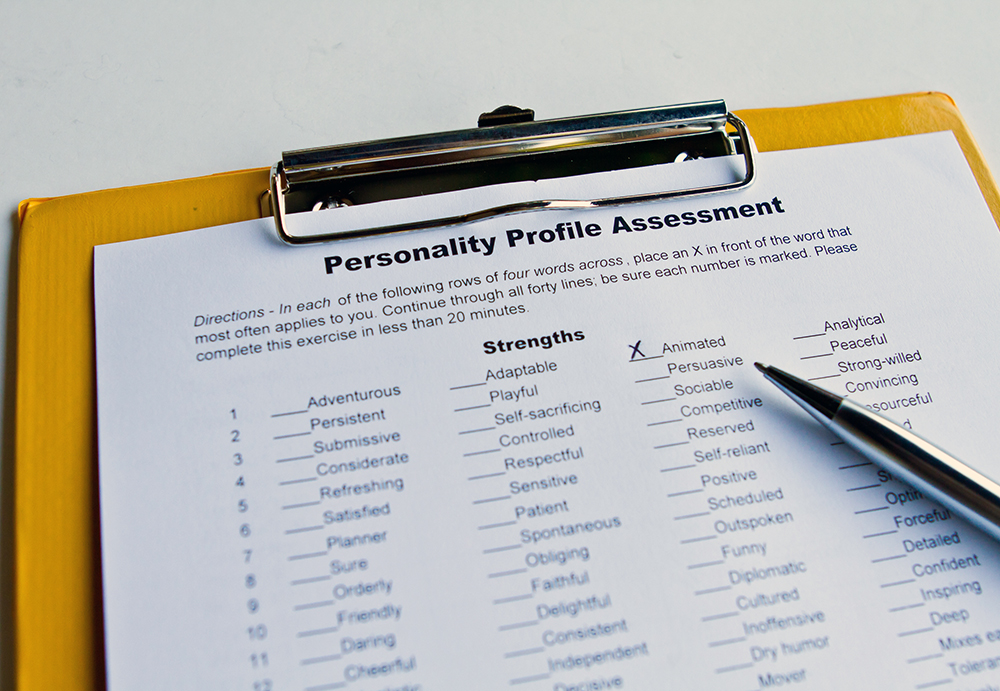 Using Assessments Outside of Recruiting

Here are five critical components of the employee life cycle where assessments can come in handy from Tara Gullans, I/O Psychologist at Caliper:

Selection. “When a candidate is being considered for a role, it is most often the case that their behaviors in a work context have not yet been observed,” says Gullans. “When little is known about a candidate besides information on a résumé, a validated personality assessment can offer valuable information about how a candidate is likely to act and perform on a job.”

Onboarding. “During the onboarding phase, managers are still getting to know their new employees and get them up to speed in the role,” she says. “Having information from a personality assessment can facilitate the onboarding process by helping a manager know what to expect from the candidate’s behaviors and preferences and construct a plan of how to best interact with them.”

Coaching and development. “The use of personality assessments in the context of coaching and development shifts to uncovering areas where an employee may have high potential to perform based on personality, but has not fully demonstrated proficiency in that area on the job,” Gullans says. “Having this data opens the opportunity for conversations about how full potential can be reached and any organizational barriers that may be impeding progress.”

Building teams. “Personality assessments can be very useful when building cross-functional teams as well as understanding manager-employee relationships. Personality can shed light on how people prefer to interact and their style when it comes to communication, interpersonal skills, and organization skills. All of this can help when forming high-functioning teams and establishing relationships throughout an organization,” she says.

Succession planning. “Personality assessments can be used to gain insight into how an individual can fit into a future role, such as a managerial or leadership role,” says Gullans. “Being able to understand the potential one has in a different role allows an organization to plan for future staffing and develop internal talent as needed.”

If you’re interested in using any sort of assessment during the employee life cycle, we’ve outlined a few below.

Berke categorizes skills relative to particular jobs and conducts an assessment to provide an overall percentage match or job fit for the candidate or employee taking the assessment.

Interview Mocha has a library of more than 1,000 assessments and has some very large clients, such as Sephora and Credit Suisse. Interview Mocha offers a broad range of assessments that include anything from skills in Amazon Web Services and SAP to social media marketing.

Lytmus seeks to provide real-world assessments based on actual job tasks as opposed to brainteasers used to get vague ideas of generalized skills.

“Big Five” is also known as the “Five Factor Model,” and it focuses on the association between words as opposed to neuropsychology. The five factors are openness to experience, conscientiousness, extraversion, agreeableness, and neuroticism. Each factor is measured between two extremes (i.e., extreme extroversion to extreme introversion).

DiSC Theory, which stands for dominance, inducement, submission, and compliance, was first proposed by William Marston, who examined each of the DiSC types within the context of the individual and his or her environment. Specifically, was it favorable or not, and was there control of that environment or not?

StrengthsFinder/CliftonStrengths was created by Don Clifton; the idea is to forego the traditional focus on improving weaknesses and instead put increased emphasis on improving and leveraging existing strengths. It’s a model that has been widely supported by the Gallup organization.

In order to grow and develop your talent, hire “good fit” candidates, and promote skilled talent into leadership positions, assessments are a great way to learn more about your employees and their strengths and weaknesses. Which assessments have been integral to the success of your organization? Share them in the comment section below.