In the modern economy, it’s rare to find a position in which the employee simply focuses on only one activity throughout the day. Instead, most of us are expected to handle a variety of job functions, as well as other, undefined activities that may crop up from time to time and that are necessary to complete the role’s responsibilities. 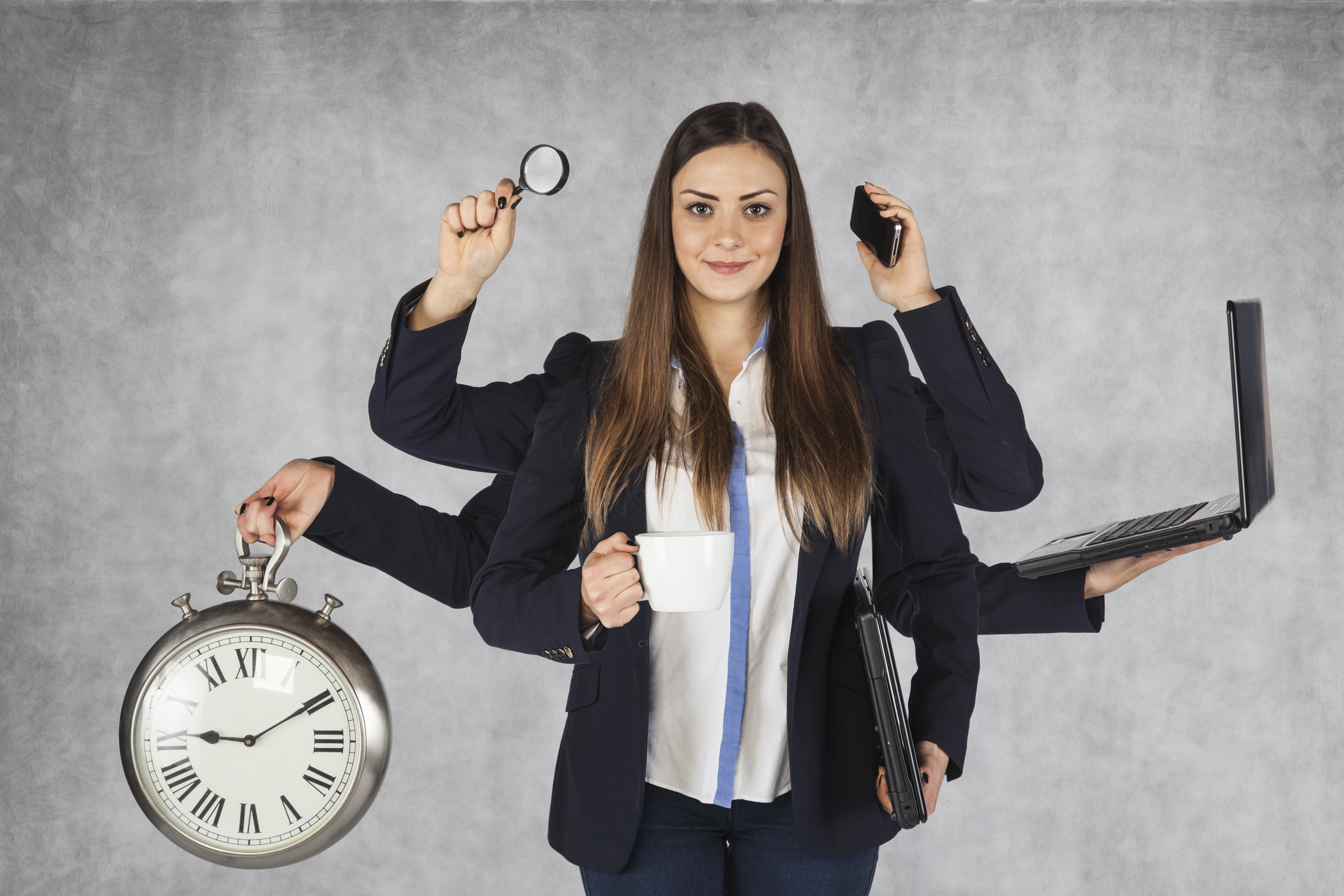 Such tasks could include picking up the phone or responding to an e-mail in the middle of putting together a report, helping a struggling teammate meet a deadline, and taking on assignments delegated by a manager, etc.

These myriad responsibilities can rarely be tackled sequentially, 2 hours being spent on 1 activity, 1 hour on another, 3 hours on yet another, etc. Instead, employees are expected to simultaneously focus on multiple tasks at once—in other words, multitask. We often admire those who seem to multitask well and juggle numerous activities and responsibilities at the same time seemingly with ease.

Unfortunately, no matter how well someone appears to multitask, the reality is that very few of us are really effective at it. “It turns out that 98% of the population doesn’t multi-task very well,” says Lisa Quast in an article for Forbes.

Most people, she points out, aren’t really multitasking at all, even though they may feel they are. In reality, they’re simply moving back and forth between tasks—reading an e-mail, then shifting to working on a document, then writing an e-mail, and on and on. The problem with this is that shifting back and forth is inefficient and is actually taking more time.

“So while it might seem efficient on the surface, it isn’t,” she says. In fact, she points out that “multi-tasking can reduce productivity by as much as 40%.”

As noted above, very few people are actually effective at multitasking. It’s simply not something the human brain is designed for. Brighid Courtney, client leader at Wellable and WELCOA faculty member, points out that multitasking is a term that was created to describe computers running multiple programs at once.

“The human brain doesn’t have the capacity to process information in the same way that computers do, so for us, multitasking is simply the ability to quickly shift focus from one item to the next,” she says.

“And multitasking is actually detrimental to both our actual productivity and to our mental health,” adds productivity, time management, and leadership coach Alexis Haselberger. “Attempting to multitask depletes our ability to focus, it depletes our willpower, and it is much less effective than focusing on one thing at a time.”

Break Up Your time

Courtney recommends breaking time into discrete chunks to focus on one thing at a time instead of trying to focus on multiple activities at once, which we are simply not hard wired to do.

“To maximize productivity, make sure that you are focusing on your priorities and allocating sufficient time to complete each task,” she says. “Rather than trying to complete numerous tasks at once, section your time into 20-minute blocks and assign one task to each block. This approach will allow you to focus your attention for the scheduled amount of time and remove additional distractions. Once the allotted time is over, move on to the next task.”

Because we can’t do it all at once, we need to prioritize our time effectively. Surprisingly, this doesn’t necessarily mean doing the most important work first. One strategy (discussed below) is to tackle the clutter first and cut down on the number of tasks to tackle.

Another is to sort activities by their deadlines. The most impactful tasks in one’s queue may have a deadline far in the future, while less significant tasks may be due at the end of the day, for example.

Ultimately, there is no one-size-fits-all strategy for prioritization, but it’s crucial to have some strategy in place to prioritize work. This helps to not only order one’s tasks but also remove the chaos that often comes with multitasking when one simply doesn’t know where to start.

“Not all tasks are crated equal in terms of how much processing power they require,” says Philippe Danielides, coach and founder of Inner Current Coaching. “If you have a big project that requires a lot of focus, creativity and analytical thinking, you should set aside a block of time to focus 100% of your attention on that one thing. However, if there is a handful of mindless tasks that need to get done, and keeping them in your head is distracting, write them down and set aside a block of time to do them all. A good way to think about that time is like the junk drawer we all have in our homes. It holds lots of unrelated stuff that we don’t know where else to put but may need at some point. Batch the low-processing-need tasks into that one drawer—say a few hours on your calendar—and work on them all then.”

Even though we know the vast majority of us cannot multitask effectively, it’s a necessity for most workers due to the nature and pace of responsibilities in the modern workforce. Because this state of affairs is essentially unavailable, the best we can do is be aware of multitasking’s limitations and follow best practices to make the best of a difficult situation.