It’s been under 6 months since WeWork was in such dire straights that it couldn’t lay off employees because it couldn’t afford their severance packages. WeWork’s initial public offering (IPO) went from one of the most anticipated public offerings to falling flat on its face in a heartbeat. Workers were fired or quit, and many were given reduced pay. Yet the man who caused the collapse—former CEO Adam Neumann—walked away with 1.7 billion dollars. 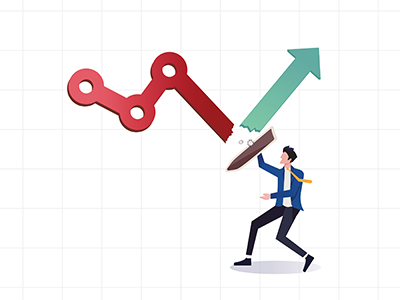 Remaining employees were stunned by this decision and the unexpected upheaval. Among all of that chaos, an important question arises: How does a workplace like that recover from an employee engagement perspective?

Since then, WeWork has undergone many changes to attempt to recover its business model and avoid tanking completely. A critical part of that recovery involves understanding what employees go through during such times and providing a way back. I recently spoke with employee engagement expert Rum Ekhtiar, Founder & Partner at Rum & Co, about the issue.

The Erosion of Trust

Companies rise and fall all the time. What makes the WeWork situation unique is that the proponent of failure was given so much money to leave while many were laid off or given reduced pay. That lack of trust creates a multipronged problem for an organization looking to recover.

First, remining employees’ morale suffers a serious blow. Second, finding new employees becomes very challenging. Ekhtiar says the critical questions employees new and old will ask are: “How am I supposed to trust you moving forward? How do I know that you are not going to do the same thing again? And how do I fit in the tightest labor market we’ve had since WW2?”

Probably the most important step toward recovering from a public humiliation involves acknowledging what happened. Ekhtiar used Uber as an example. Uber has regularly been plagued with sexual assaults, murders, and fatal crashes involving their drivers and customers.

Acknowledgment and transparency. While many criticize the company’s handling of those issues, Ekhtiar praises its transparency and consistency, saying, “They acknowledge a lot of the problems not only with their employee base but also with the users. They are basically saying that they heard the complaints, they understand the issues, and announced the measures they are taking.”

Uber has taken the unusual but important step of voluntarily reporting the total number of sexual assaults, murders, and fatal crashes in 2018 within the United States.

Taking action and being consistent. In the wake of the many scandals that have rocked Uber in the early days, it has acknowledged that it “failed from a management perspective,” says Ekhtiar. The impetus for acknowledging what happened and being transparent about the ongoing issues stems from the somewhat new CEO, Dara Khosrowshahi. He was hired specifically to tackle these issues, and the company’s publicizing the figures shows he takes his role very seriously.

Uber survives for now. Whether it’s able to overcome its challenges, especially in the wake of the coronavirus, remains to be seen.

The Lessons Are for Everyone

These steps don’t only work for organizations with a lot of visibility. I asked Ekhtiar how lesser-known organizations should handle similar challenges. He said, “Be real, be transparent. There’s no hiding anymore. It’s truly an environment of transparency. If you’re not walking the walk, people are going to be recording your town hall, people are going to leak your memo. So you have to be authentic and genuine.”

He acknowledges that companies have business concerns and that they have to make tough decisions that will make many unhappy. “But if you do them with integrity, if you do it in line with transparency and if you provide the business rationale for why you’re doing things, people are much more forgiving and your reputation will be intact,” he reminds us.

The Future of WeWork

So has WeWork taken the right steps? Business Insider recently reported that anonymous sources believe it will be cutting much more staff. According to that article, the organization has declined to comment on possible cuts. That’s the kind of lack of transparency that made the last batch of corrections so much more painful for employees.

Additionally, such news will certainly destabilize an already stressed community of workers. Not only are the last cuts in recent memory, but the coronavirus also offers a multipronged source of concern for workers.

Shared offices are like any office; illnesses may be easily spread there. Furthermore, as more organizations tell workers to take their work home, the use of a solution like WeWork will drop off significantly.

Whatever happens next, WeWork’s new CEO, Sandeep Mathrani, has a lot of very important decisions to get right in the coming weeks and months. I, for one, will be watching closely.