We’ve entered the Age of Acceleration—a time when change is happening faster and faster. As the workplace continues to move more rapidly, so does the market value of skills. 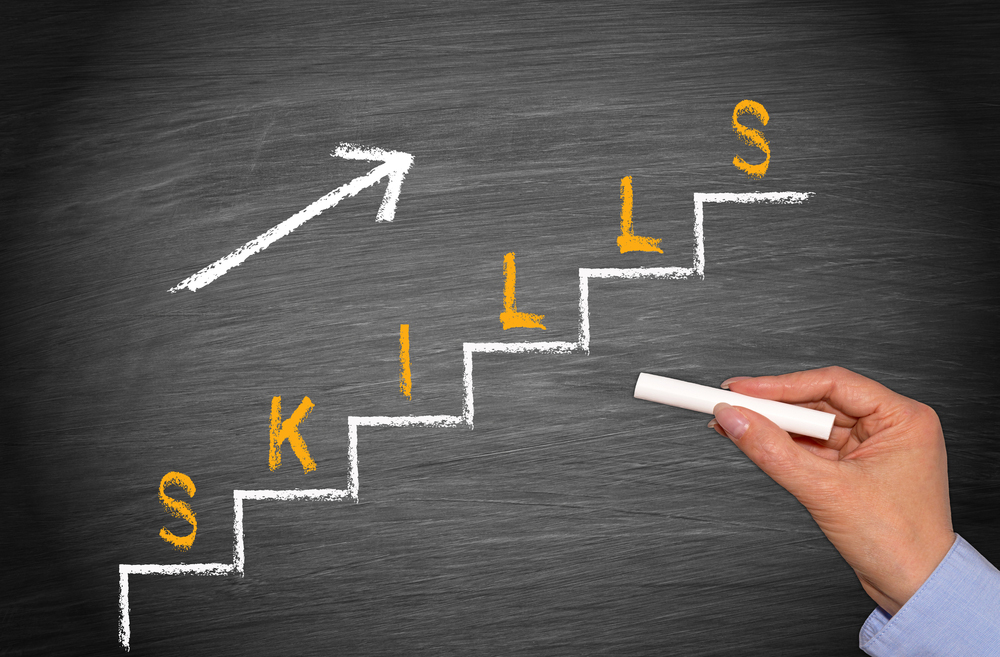 Stephane Kasriel, CEO of Upwork and member of the World Economic Forum council, puts the half-life of a learned skill at about 5 years—meaning 5 years from now, the current skill set of your workforce will be worth about half as much as it is today.

Ten years from now, perhaps a quarter of existing knowledge will still be valuable. Many of today’s jobs fit a 21st-century model, while training and skills are stuck in the 20th century.

New threats to existing jobs emerge constantly. Consider the truck driver, for whom autonomous vehicles represent competition. What will his or her working life look like in 5 years? In 10? That rapid pace of change in jobs and skills means there’s a growing demand to update skills, as well. According to a new report on workforce reskilling, one in four adults reported a mismatch between the skills they have and the skills they need for their current job.

If you’ve been relying on the existing skills of your team to sustain the competitiveness of your organization, this idea may come as a rude shock. In 10 years, the capacity of your company to compete in an ever-changing marketplace could be just a quarter of what it is now.

On the other hand, if you support your employees to adapt, grow, and learn, they can develop a portfolio of competencies that will be relevant—and valuable—for decades to come.

What do I mean when I say that the half-life of skills is 5 years? Not that people lose their abilities—just that the applicability of those abilities declines. Think about the bank teller after the arrival of the ATM; the telegraph operator after the invention of the telephone; or the travel agent after the launch of Travelocity, Orbitz, and Priceline.

One estimate, from the University of Oxford, predicts that nearly half of all jobs will change fundamentally within the next 25 years. Look back 10 years, and think about all the jobs that didn’t exist or that were barely tipping into the mainstream. YouTube creator. App developer. Uber driver. Even social media manager. It’s hard even to imagine how different the world will look in another two-and-a-half decades, especially with the rate of change continuing to accelerate.

Time slows for no one, and progress—especially in technology—is constant. If your organization isn’t continually reskilling, you’re guaranteeing your own gradual slide into irrelevance. The problem, as I’m sure you’ve noticed, is that there is just no time to focus on reskilling.

I would love to learn a foreign language, but when am I supposed to take a lesson? It would be great to be an expert in every task I’m assigned, but I have deadlines to meet and meetings to dodge. On an organizational level, the problem is even more acute. You have urgent company priorities to focus on—how are you supposed to encourage your employees to reskill?

Engaging with freelancers is an essential way to keep your company relevant. They bring diversity and fresh expertise, helping your entire firm stay relevant. If you don’t do this, your employees—your most valuable assets—will gradually become obsolete. Recognizing the changing landscape is just the first part of a larger process.

Reskilling isn’t just important for white-collar employees. Trade workers have to reskill all the time. Fire alarm technicians have to attend annual updates for software and hardware from companies like Monaco. Meter readers have to learn how to use newer wireless meters so they can function at newer buildings. Plumbers and welders have to obtain safety certifications and train on new equipment. And as the world grows more complex, as the Internet connects more and more devices, there are countless new skills and new ways of thinking to understand.

The world of work is changing. Formerly valuable skills are declining in usefulness and therefore marketability, while new skills are emerging at a dizzying pace. To keep your company moving at the rate of change, you need to embrace the expertise that a diverse, shifting cast of freelancers can bring to your organization. It’s an approach I call the Gig Mind-Set.

Changing Your Mind-Set and Unlocking Potential

Everyone is busy. This is just the reality of the world we live in. Information workers have roughly 24 minutes a week to focus on training and development. To complicate things further, our modern attention spans are much shorter. People won’t read e-mails that take longer than 4 minutes. Meetings drain time and energy (and have rapidly diminishing returns).

I know you don’t feel as though you have the time to put your focus on reskilling. But if you don’t, you may have more time on your hands than you know what to do with as your organization slips into obsolescence.

Adopting the Gig Mind-Set and proactively engaging with freelancers are excellent ways to invite new influences into your workplace and naturally encourage reskilling. According to Freelancing in America, 55% of freelancers engaged in reskilling over the past 6 months, as opposed to only 30% of nonfreelancers.

This means freelancers are at the cutting edge of new skill development—an edge they bring to your organization when you hire them. When we try something new, experiment, and collaborate, we tend to learn the skills we need. You have likely picked up new abilities just by interacting with your coworkers and friends over the last year. The more experts you interact with in different fields, the more your knowledge will cross-pollinate with theirs.

Every company is a technology company now. We live and breathe the Internet, communicate on the cloud, and command from a network rather than a central location. There is no use clinging to visions of the past. Your organization has to learn, grow, and evolve.

A study at Princeton University by Lawrence Katz and Alan Kreuger estimates that nearly 30% of jobs in the United States could be performed by freelancers in the next 20 years.

You might think that number is a little scary. I want you to try and replace your apprehension with excitement. This disruption may force you and your team to learn and grow, but it will also accelerate innovation. Your company’s existing skills may be eroding in value, but you and your employees get to learn new ones, experiment with new ways of thinking, and discover new realms of competence.