As an HR professional, you know it is illegal to discriminate against a person due to his or her age or other protected statuses, like race, gender, religion, etc., but as the workforce continues to comprise multiple generations, it may feel like there’s a battle brewing between the young and old. 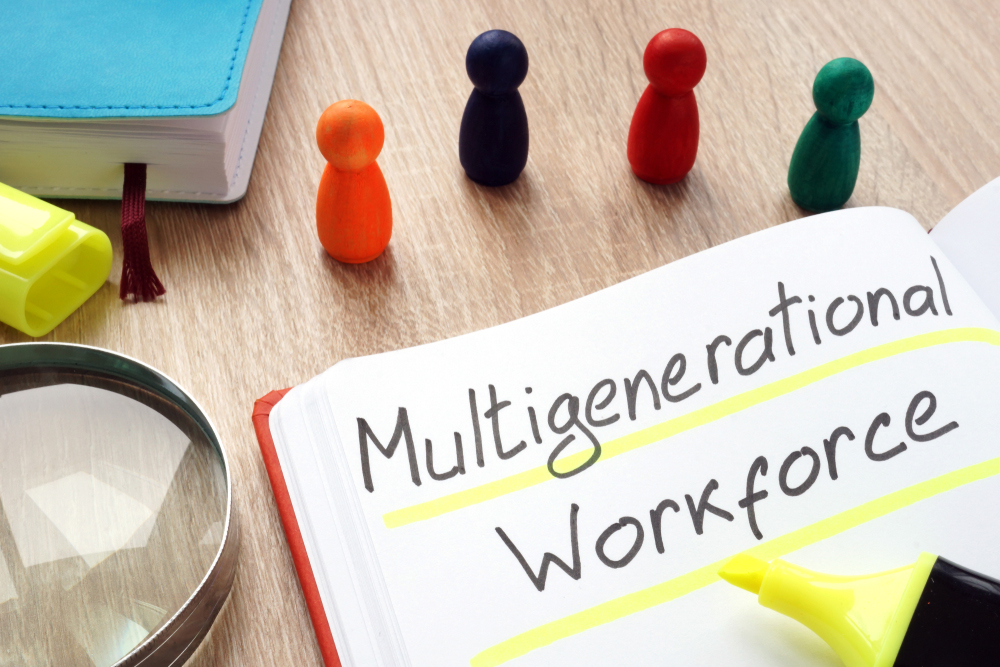 OK, a battle may be a strong word, but we’re all familiar with the night-and-day differences between the Millennial generation and the Baby Boomer generation. However, when it comes to work, we’ve already determined that these generations aren’t all that different.

New survey findings from Olivet Nazarene University (ONU) reveal that each generation’s perceptions may be “far from reality.” ONU’s survey finds that when it comes to company loyalty, 91% of Millennials say Boomers are loyal to their employers, and only 60% of Boomers say the same about Millennials. The reality is quite different.

According to Millennials and Boomers, these generations plan to leave their employers within the next 6 months for the following reasons:

It should come as no surprise that more Millennials plan to leave to better their long-term career paths, as Boomers are starting to retire and some who are still in the workforce are just there to help supplement their retirement incomes.

However, 53% of Millennials say they are happy with their current pay, and 71% of Boomers agree. While these workers may be satisfied with their salaries, they aren’t being promoted for their hard work. According to 61% of Millennials, these workers have not received a pay raise in the last year, while 51% of Boomers say they have received a raise in the last year.

One thing both generations can agree on: They’re a little shy to ask for a raise! Fifty-eight percent of Millennials and 59% of Boomers say they were hesitant to ask for a raise. What’s unclear in this survey is whether those who asked actually received a raise, but given the findings mentioned above, maybe Boomers have been more successful.

When it comes to advancing in the workplace, 30% of Millennial respondents say they feel they’re being held back by an older colleague, and shockingly, one-quarter have quit their job because of an older boss, manager, or colleague, finds ONU.

However, ONU also highlights the fact that it may be Millennials who are the most responsible for pushing colleagues out of the workplace. According to 36% of Boomer respondents, this generation has quit their job because of a Millennial boss, manager, or colleague, and more than half (52%) have experienced age discrimination in the workplace.

Perhaps the reason both Millennials and Boomers have quit over their colleagues is due to the traits they find the most annoying about one another, ONU speculates.

For Baby Boomers, the most annoying Millennial traits include:

For Millennials, the most annoying Boomer traits include:

It’s funny that both generations can agree that a sense of entitlement is annoying, yet neither generation can see the irony.

However, even if these generations both feel entitled, they definitively know when to give credit where credit is due. ONU finds that when it comes to admiration, Millennials find their Boomer colleagues to be dependable (42%) and punctual (41%) and believe they have a keen eye for detail (26%). For Boomers, they find their younger colleagues to be positive (34%), problem-solvers (32%), and accountable (24%).

Something Both Generations Can Agree on

While both generations may have their differences, there are some things they can agree on: the perks their companies are offering. ONU asked respondents, “Do office perks like happy hour or unlimited paid time off make you want to work for a company?” Seventy-one percent of Millennials vs. 62% of Boomers agree that these perks definitely aid in deciding what company to work for.

At the end of the day, your workforce should not look like a WWE arena; instead, you should be working to unite all generations of workers, and one place you can start is in your benefits offerings.