Emotional intelligence (EI) is one of those things that becomes very important when someone on a team, or a leader, does not possess it. The success of a team and an organization requires that leaders and employees possess the EI to support and empathize with one another in a healthy way. I recently spoke with an HR professional about the importance of this attribute, among other things. 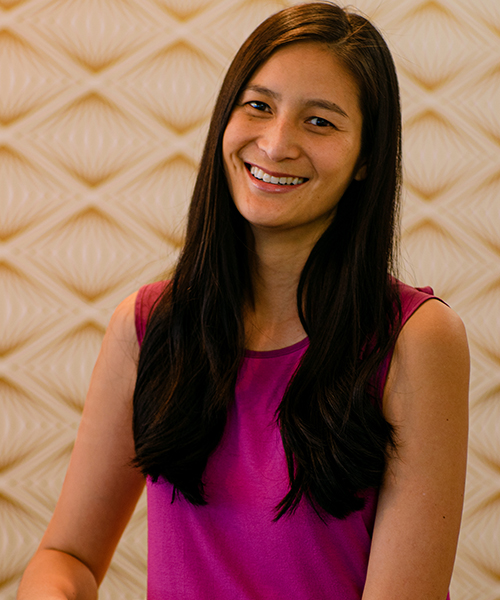 What got you into HR? How did you fall into the role?

My mom was an entrepreneur who owned her own business for about 25 years. So I grew up alongside an entrepreneur. After school, I went to work with my mom every day, and what that taught me was that I was intrigued by being a part of this business world. I also knew I did not want to own my own business myself. I think I saw enough high and lows that I said, “It’s exciting, but it’s a little too exciting.”

Then I thought, “OK. Well, how can I be a part of this? Maybe I should be an accountant.” In my naivety, I entered into a business program at university. I studied at the University of Toronto. I’m Canadian, by the way. My accent is mostly lost, but you’ll hear it pop up here and there. You might hear me say, “Eh.” My brilliant idea was to be an accountant, and I could be on the finance side of things in the business world. And I learned very quickly in my first year that I’m absolutely not a numbers person. I was miserable.

And luckily, my sister—we’re only a year and a half apart—and I were at the same university. She had a roommate who was enrolled in a major that was called Employee Relations, which I think is a fancier way of saying Human Resources.

Back then, I was early enough in my program that I switched majors to Employee Relations, which consisted of everything from employment law, a recruiting course, training and development, compensation and benefits, and analysis, and I was intrigued by everything I was learning, and I was much happier.

As cheesy as this sounds, I never looked back.

I think my first official annual paid salary role was as a recruiter. From there, I moved more into a generalist role because of my obsession with wanting to understand behaviors at work, why people act the way they act, or why they manage the way they manage.

I wanted to understand the decisions they make and why they’re overperforming or underperforming and understand what makes someone really special and talented in a role. I was obsessed with solving all of those enigmas, and being in recruiting was only one aspect of it.

That’s how I focused on and jumped into more of a generalist or business partner-type role and built my career from there.

Yeah, trying to understand human behavior is always interesting. Do you think you have a pretty good read on why people are doing what they’re doing?

If I figured it out, I’d be a billionaire. I am much closer to figuring it out than I was 10 years ago. I think I rely a lot on my gut intuition and emotional intelligence.

That is my secret weapon and something I am conscious of and have developed and nurtured over my career. I think I’ve been able to get to a healthy balance of factoring that in with data because I think that’s the push and pull of a lot of HR professionals—when to trust your gut on making decisions about individuals and people or using your gut to make a companywide change in initiative or strategic direction in what your department stands for.

But at a company—and really, when I say other companies, I can only imagine every company thinks the same way—where you’ll have human beings who are working every day, it is impossible to have someone be a part of a team, whether your company has 10 people or 1,000, and not expect there to be some sort of breakdown or toxicity if that person’s emotional intelligence is not what’s defined at your company. And anytime we’ve encountered somebody like that, I will just tell you, it has not worked out. It has not worked out because we value that so much.

Sometimes, people with low emotional intelligence become leaders. They’re not the majority of leaders, but there is a segment of leaders out there—people who, because they’re so driven toward results, find themselves in positions of power because people who are emotionally intelligent can’t really identify what’s happening. They’re seeing the results. They’re seeing this person is very driven, and then they’re sort of excusing his or her behavior. Can you think of a time, maybe outside of work or in another organization you worked for, when you had to navigate that, and what did you do about it?

Yeah. It’s very frustrating because I have encountered this situation; you work at a company where the outcomes or the success or the wins are very, very highly prioritized, and some way, somehow, this person has maneuvered himself or herself to the top or near the top.

This is where I think the power of peer feedback comes into play. What people don’t understand is that you could have these isolated wins that even that particular department led by that very successful individual could have. What you have to focus on is the ripple effect because there will be ripple effects. There’s a ripple effect, a down side, and a negativity and destruction in other areas.

Whether it is with that person’s direct report, whether it is another department being affected by how he or she is communicating and making decisions, and whether you turn a blind eye to the other factors outside of the siloed win, that’s a choice your top executive has to make or your head of people innovation or HR has to make.

There was a situation in which we did have somebody at a company I worked for who had made it quite up there, with several team members underneath. We issued an anonymous engagement survey from an external center source. And even though that department had very specific wins, it also had some of the lowest scores around recognition. The question they scored extremely low in was “I feel cared for as a person.”

The only way I can think to mitigate this problem is having a diversified tool of feedback and information. If you don’t do that, you will continue to live in your one little world.

Of course, you have your structures in place. That’s why our ratio at our company of people innovation team members to employees is very, very high. That’s why we have a diversified approach to seeking out information. All that comes into play so you don’t have these toxic pockets.

Have you ever had a misunderstanding at work that you were relieved to learn what the misunderstanding was? Something that looked like it was really bad, but then you realized, “Oh, this thing’s happening,” or, “We thought we were talking about the same thing, but we weren’t.” Something like that?

I feel like in my role as the head of people innovation, because we’re a people-first company, I guess I’m the right-hand woman to the cofounders. I take that role very, very seriously. I think navigating that relationship then with my peers, whether it is head of marketing, the head of sales, or executive-level people, can be tricky at times. I’m in this territory where if I see something, I have to say something. I also have to ensure that my colleagues have trust in me, as I am also their HR business partner. Titles aside, they have to have someone to speak to and trust.

So with that background, I was talking through an issue with one of our VPs. This person was struggling with a few team members, which we had talked through. After our chat, I recommended that he bring up the issue with his manager, who is also my manager, in his next one-on-one. I also intended to bring this up in my own check-in, as I touch upon all people topics in a weekly meeting I have.

Well, the timing was off, and I beat the VP to the punch. Of course, I felt really bad about the timing, so I found the VP afterward and took the time to talk it out, explaining that it was never my intention to speak on his behalf on an issue within his team. We agreed that having more clarity around timing in the future would be a simple fix to this.

Well, thank you for sharing that with me. And yes, it is vulnerable. It’s always a tricky position that HR professionals are in—they have a duty to say certain things to leadership, and sometimes, people confide in them. Handling that graciously is always a challenge, and it’s super easy to make a mistake. I don’t know this person, but I’m sure that having sat down afterward and talked about it strengthened your bond or at least helped fix things a little bit.

It really, really did. I’m, in a way, glad it happened because that’s my particular example of the conflict, but when two people can overcome it, whatever it is, it really does strengthen and, I think, build even more trust.

I think my genuine apology and admitting my misstep made him feel like he could trust me even more with more information versus his holding back now because “Vivian is going to tell the CEO everything.” It really didn’t do that because one, I think we worked together long enough—it was one data point out of a year of working with him. Then, of course, there was how I chose to handle the aftermath.