HR professionals know that classifying people by age can lead to trouble regardless of intentions. However, it is occasionally useful to look at what the experience of different generations in the workplace is. One recent study found that there was some undeniable conflict between the generations that spills over into the workplace. 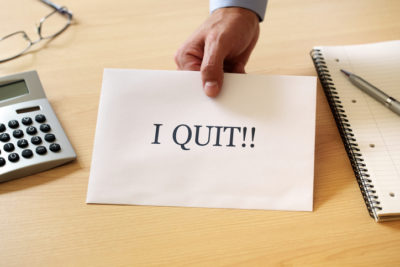 Loyalty: Not What It Seems

The research also found that 33% of Millennials and 39% of Boomers planned to leave their current jobs within half a year. When it dug a little deeper to find out why, both Millennials and Boomers had similar priorities, as seen in this table:

When it comes to asking for a raise, Boomers were more likely to do so within the last year, with 49% reporting that they had versus only 39% of Millennials. Interestingly, both Millennials (58%) and Boomers (59%) were as hesitant to ask for said raise.

Maslow’s hierarchy of needs suggests that we all share the same needs and motivations. Different positions can drive different expressions of those motivations. For example, a more established leader has the same desire to be respected as a new employee. How each approaches earning and maintaining that respect, however, looks very different from those two positions. This can create the belief that there are generational differences when they might, instead, just be positional differences.

Additionally, varying perceptions of other generations can also create the illusion of a difference among those generations, reinforcing stereotypes and creating real problems in the workforce. This study brought a lot of those perceptions to the surface, as well as their relative problems. For example, the study found that 24% have quit because of an older supervisor or colleague. Meanwhile, 33% of Boomers have left their jobs because of a Millennial colleague. Those are some fairly large sources of turnover that stem from perceptions.

And when it comes to perceptions and stereotypes, the report found there were plenty to go around on all sides. For example, Boomers found smartphone use by Millennials (48%), a sense of entitlement (41%), and laziness (35%) to be the traits that annoy them the most. Millennials, on the other hand, found “know it all” attitudes (52%), a sense of entitlement (47%), and egos (34%) to be Boomers’ most irritating aspects.

They Stop Me from Advancing (Say Millennials)

Probably the most damaging perception on Millennials’ part is the belief that Boomer colleagues are preventing them from advancing. Thirty percent said they felt this way, and when asked why, they said:

All of those concerns are very serious, and it’s obvious how those perceptions could create real problems in the workplace.

When asked if they were afraid a Millennial colleague would take their job, 51% of Boomers said yes. When asked why, they gave the following reasons:

Just like the concerns of Millennials, you can see why Boomers would be worried based on these perceptions.

For all their finger-pointing and hand-wringing, the various generations really do have the same desires about how they want to work. Just take a look at what both generations want their workday to look like:

Did you get upset while reading this report? I know I did. Odds are it made you think about how you feel about other generations. Whether it’s those pesky kids on their phones or those Boomers who refuse to retire, age is just an excuse to find problems with others. When asked what they care about, most people say they want the same things. They want to be healthy and safe. They want to belong and be respected. And they want to improve themselves.

So next time you want to point the finger at the other generation, take a breath and remember that they are just people, like you and me. It is not their age that makes the problem but rather the perception of difference between them.

You can find more information about the study here.