Does a broken toe amount to a serious health condition under the Family and Medical Leave Act (FMLA)? It depends on the circumstances. But an Ohio federal district court recently held an employee’s FMLA interference claim can go to trial in a case where there was a dispute of whether his broken toe constituted a serious health condition and whether he provided sufficient notice to his employer of the need for FMLA leave. 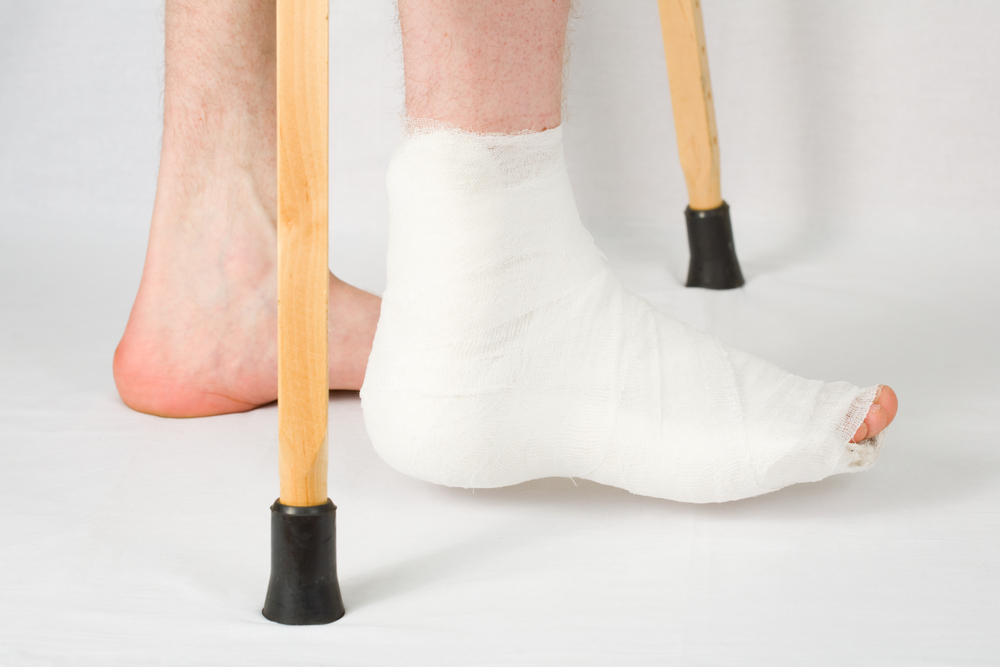 Gregory Scholl was employed by Miami Valley Polishing, LLC (MVP), in Piqua, Ohio. MVP supplies polished aluminum components to the motor vehicle industry. Scholl worked for MVP as a metal polisher. His job duties required him to stand for lengthy periods of time. Work boots were required to be worn for his position.

MVP has a point-based attendance policy. If an employee accumulates nine points in a calendar year, his employment is terminated.

On Friday night, March 1, 2019, Scholl fractured his fifth toe at home when he hit his foot on a case of water bottles. He was scheduled to work the next morning but was in too much pain from his toe injury. He called in before his shift to report he wouldn’t be coming into work. He claims his voice message said he thought he broke his toe the night before, but MVP’s attendance record for him stated he “called off sick.”

Scholl’s foot pain continued the following week, with his toe becoming so swollen and bruised he couldn’t put on his work boot. On Tuesday, March 5, he was examined by a nurse practitioner. On a pain scale, with “three plus” being most painful, the nurse rated his toe pain as a “two, plus tenderness.” She told him to wear a “post-op shoe” to relieve the pain. No pain medication was prescribed, although his medical chart stated he was taking Aleve.

The nurse wrote a medical note excusing Scholl from work from March 2 through March 10. Her note didn’t state why he should be excused but did provide a telephone number for MVP to call if it had any questions.

Scholl was still experiencing foot pain and swelling the week of March 11. He was seen again by the nurse’s office on March 13, and following that visit, a fax was sent to MVP extending the excuse from work to March 18. The reason for the need for medical leave stated in the document was “due to illness.”

The following week, Scholl still felt unable to work due to pain and unable to wear his work boot. On March 20, he was seen again by the nurse. An X-ray taken that day confirmed his fifth toe was fractured. Later that day, the nurse’s office faxed a note to MVP stating he should be excused from work from March 18 through March 24. The note also stated the company should call her office if it had any questions concerning his health.

Scholl already had three attendance points before March 1. When he did finally attempt to return to work on March 25, he was told his employment had been terminated under MVP’s attendance policy. Although it’s undisputed he called in numerous times during his three-week absence to report he was unable to work and that it was due to his injured toe and because he was in so much pain he couldn’t put on one of his work boots, MVP issued him attendance points for many of the days missed. At no time did MVP provide him with a medical certification form to complete.

Scholl filed a lawsuit against MVP in the U.S. District Court for the Southern District of Ohio, claiming his termination interfered with his rights to use FMLA. MVP argued in response the lawsuit should be dismissed because a broken toe doesn’t amount to a serious health condition. There was no evidence he was incapacitated within the meaning of the FMLA for more than three consecutive days. He didn’t receive continuing treatment, and there was no medical assessment his toe prevented him from working.

The court found MVP’s arguments unpersuasive. It ruled a reasonable jury could conclude, based on the available evidence of Scholl’s medical appointments, notes from the nurse, and reasons given when calling off work, that his broken toe was a serious health condition under the FMLA. The court also noted that if MVP didn’t believe it had enough information regarding his condition, it could have called the nurse’s office or asked for a medical certification. It did neither. Scholl v. Miami Valley Polishing, LLC, S.D. Ohio No. 3:19-cv-210 (April 30, 2021).

Remember, employees don’t have to specifically ask for FMLA leave to be entitled to it. If there’s a question whether an employee’s condition may qualify, the safest course of action is to provide the employee with FMLA paperwork and evaluate whether the leave would qualify. You can always ask for clarification or additional information if needed to make a decision. Had the employer done so here, it may have avoided costly litigation.

Jourdan Day is an employment and labor law attorney with Porter Wright Morris & Arthur, LLP, in Columbus, Ohio. You can reach her at jday@porterwright.com.

Franck Wobst is of counsel with Porter Wright’s Columbus office. You can reach him at fwobst@porterwright.com.