That the COVID-19 pandemic has been difficult for people and organizations around the world is a gross understatement. Aside from the millions who perished because of the disease, businesses have found it difficult to maintain adequate staffing levels. 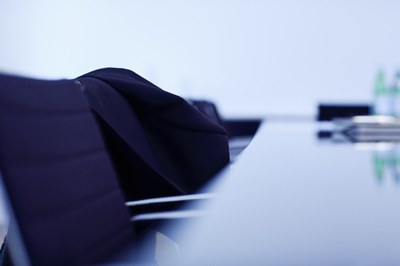 Many small companies, particularly those in the service industry, were forced to close due to government curfews and restrictions on in-person gatherings. Those that were able to stay open had to make a complete shift to remote work.

Moving to Stem the Tide of Resignations

While there are renewed fears in the face of the emerging delta variant, many companies are optimistically eying a return to something resembling business as usual. Governments across the country have largely scrapped COVID restrictions on social gatherings, curfews, capacity restrictions, etc., and many companies are starting to bring staff back into the office.

Unfortunately, just as one crisis is abating, another seems to be emerging. It has been dubbed the “Great Resignation,” and it refers to the millions of workers who have been quitting their jobs in recent months, leaving businesses scrambling to fill their ranks.

Why Employees Are Choosing to Resign

“As pandemic life recedes in the U.S., people are leaving their jobs in search of more money, more flexibility and more happiness,” writes Andrea Hsu in an article for National Public Radio.

Employees are giving new thought to what work means to them, what’s important to them, and how they’re spending their time. In doing so, they’re discovering compelling reasons to try something new.

As Hsu tells us, “a record 4 million people quit their jobs in April alone, according to the Labor Department.” The pandemic’s waning  has resulted in somewhat of a perfect storm for employee shortages.

“The pandemic has given people all kinds of reasons to change direction. Some people, particularly those who work in low wage jobs at restaurants, are leaving for better pay,” Hsu says. “Others may have worked in jobs that weren’t a good fit but were waiting out the pandemic before they quit. And some workers are leaving positions because they fear returning to an unsafe workplace.”

Many economists and politicians also point a finger at a federal boost in payments to unemployed workers, arguing that such payments act as a disincentive for out-of-work individuals to return to the job market.

Observers are free to debate the precise causes of the Great Resignation, but there’s little debate in the reality facing businesses struggling to find workers. More than ever before, companies need to find the right combination of compensation, engagement, and workplace flexibility to recruit new workers and retain their current labor force.