A female employee wasn’t discriminated against for receiving less compensation than her male coworkers when she voluntarily chose to complete tasks that weren’t required of her, according to the U.S. 8th Circuit Court of Appeals (whose rulings apply to all Nebraska employers), upholding a Nebraska federal district court decision. 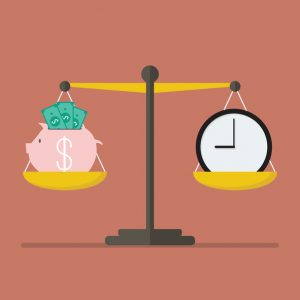 Barbara Perry, a former employee of Zoetis, LLC, became upset upon discovering she was making less money than her male coworkers. She met with the company’s HR manager and requested a raise, arguing she was performing more job duties and receiving less compensation than the men were earning.

Soon after Perry’s requests were denied, she quit her job and sued Zoetis under the Nebraska Equal Pay Act (NEPA) and the Nebraska Fair Employment Practices Act (NFEPA), alleging she was discriminated against because she received less compensation for performing more duties than her male peers.

When filing a NEPA claim, an employee must show she completed equal work on jobs requiring equal skill, effort, and responsibility. When comparing Perry’s position to those of her higher-paid, male coworkers, the facts revealed the men’s positions required different skills and responsibilities. She claimed she completed the same duties as the male coworkers, but the record showed the tasks weren’t required of her. Rather, she volunteered to take on the extra work.

“While Perry’s work ethic is laudable, the fact that she was not paid more for the extra tasks, or for her skill in completing them, is not proof of sex discrimination,” the court stated. She needed to prove she was doing equal work requiring equal responsibility, which she failed to do because her position didn’t require her to take on the coworkers’ additional duties.

For similar reasons, Perry’s NFEPA claim also was rejected. She couldn’t meet her burden to prove she was treated differently than male employees who were “similarly situated.” After all, the men had different duties and responsibilities.

The 8th Circuit further relied on facts showing one male coworker earned more than Perry because new-employee rates were based on differing levels of responsibility, education, and related experience. Another male coworker earned more than she did because Zoetis has an internal policy to keep an employee’s pay rate the same when transferring the individual from a different department. Perry v. Zoetis, LLC, No. 20-2232, 2021 WL 3435535 (8th Cir., Aug. 6, 2021).

Ultimately, Perry failed to prove Zoetis “offered a phony excuse” for the disparate treatment in pay, and she was denied relief.

Bonnie M. Boryca is an employment and litigation attorney with Erickson | Sederstrom, P.C., in Omaha, Nebraska. She was assisted in the above article by law clerk Alison Clark, who will be joining the firm as an associate in 2022. You can reach Bonnie at boryca@eslaw.com.