Everyone can relate to the feeling of walking into a job interview with one goal in mind. Without knowing who else applied for the position and how many are competing for it, the ability to stand out remains immensely important. There is endless information out there on how to stand out in a job interview, and recruiters have dealt with candidates trying their best to make a lasting impression, but perhaps recruiters should strive to stand out, as well. 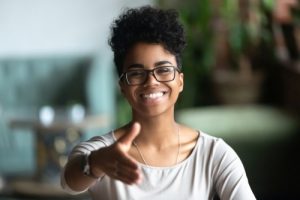 The Importance of Standing Out

Just like interviewees try to articulate in a way that makes them stand out, recruiters should also keep in mind the companies competing against them to attract and retain talent. Asking questions jobseekers have heard again and again may set a bad first impression. Having to describe their previous work experiences and tell recruiters where they see themselves in 5 years is not exactly going to make interviewees feel that the organization is unique.

While the pandemic had workers questioning their sense of where they want to work and what they wish to achieve professionally, companies realized attracting talent may not go back to normal either. Workers who have endured the professional tolls of the virus may be seeking something different in their next roles, so when talking to these jobseekers, recruiters should make an effort to stand out themselves.

For most people looking for a job, the first interview is their first conversation with the company, so companies can’t expect typical questions to stand out. Job searching can be grueling and filled with repetition, so recruiters’ asking the same questions not only makes candidates feel stuck in the job seeking process but also fails to make the recruiters and, thus, the company stand out.

Asking candidates questions nobody else has can demonstrate that the company really cares about what they have to say beyond the typical interview, illustrating a real effort to better understand them. Such a strategy can show a company’s creativity and position it as an employer that is truly different—values that can go a long way toward resonating with candidates.

Jared Glasser is a guest contributor for HR Daily Advisor.