Although mental health issues are often unseen, hidden, and stigmatized, they are on par in importance with physical health challenges. An employee with a mental health issue can be just as significantly sidelined from being productive as one with an injured limb. The following insights aren’t designed to make the reader a therapist or fix an employee who is severely depressed and in need of expert help. Rather, they’re intended to help employees (and you) avoid starting down the slippery slope of developing mental health issues in the first place. Think of them as a vaccine of sorts, an inoculation, a prophylactic measure if you will, up front to prevent a problem down the line. 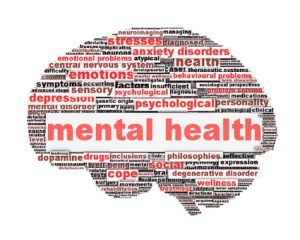 Mindset 1: Be Yourself; Everyone Else Is Taken

That’s from Oscar Wilde. I use it with my students, but it has general applicability, does it not? We waste so much time bemoaning that we aren’t someone else but ourselves. Think about that for a minute before you read on. Ask whether it’s true of yourself and others.

Well, here is some news: Wherever you go, there you are! In my classes with a practical component, I draw (poorly) on a “docucam” (for those of you over 55, that’s the jazzed-up version of an overhead projector) two identical stick figures, except one is large and the other much smaller. I tell the class my job isn’t to make them into Mini-Mes but rather to help make them into the very best version of themselves. So, too, a supervisor with employees.

Mindset 2: ‘It’s Me Versus the Course’

That, to my recollection, is a quote from pro golfer Tom Watson at a press conference responding to a question on how he handled the pressure in a major tournament. Now that’s focus.

We each have only so much energy. We are better off using it on the task ahead of us and not worrying about things we cannot control, such as applause on the next green over or the rankings on the leader board.

That isn’t to say we don’t learn from others. We do. It’s just that when you are in the thick of the fight, you have only yourself.

This is akin to the line from the movie and stage play Glengarry Glen Ross, but the message is a positive one of adaptability. Students will bemoan a poor grade. Professor Heidi K. Brown, in her article “Law school grades are not your story—you are your story,” advises students to see a poor grade as an opportunity, not as a setback.

See the grade as a piece of valuable “information,” not as a “judgment.” Take it in, process it, and reassess where you are in your legal career. Although I am now in the academic world, I spent almost 40 years advising corporate clients, and her advice is solid for the work world as well.

When we allow the information to be a judgment, we often start a downward spiral of thinking and belief. The cure is to recall what Henry David Thoreau advised us: “It’s not what you look at that matters; it’s what you see.”

There’s more, but you get the drift. Don’t wait to help someone. Take opportunities when they present themselves. Go ahead and light a few candles!

Michael P. Maslanka is an associate professor at the UNT-Dallas College of Law. You can reach him at michael.maslanka@untdallas.edu.