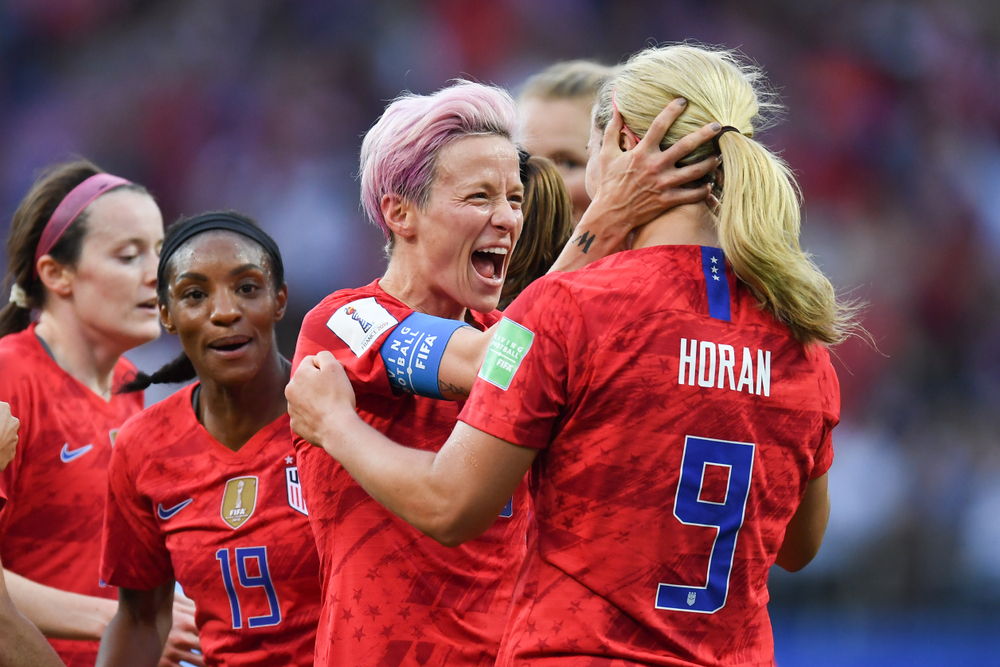 Jim: Hello, everyone, and welcome to HR Works, the podcast for HR professionals. We really appreciate you taking the time out of your busy day to join us.

I am Jim Davis, the host of HR Works and the editor of the HR Daily Advisor. This podcast aims to put valuable tools and knowledge into the hands and ears of you, the HR professional. Those tools will arm you with the best methods and strategies for attracting, motivating, or retaining top talent. Today, we’re going to talk about gender pay equality, specifically with regard to the U.S. women’s soccer team’s situation. They just won their fourth World Cup victory just about a week ago, and there is a pay equality issue in the works and some lawsuits. It’s a little bit complicated, but here to discuss pay equality in general and the situation with the U.S. women’s soccer team are two guests.

I am pleased to introduce Tom Cunningham, Vice President of People at Pariveda. Am I saying that correctly?

Tom: You are. That’s close enough.

Jim: Excellent. It’s an organization that prides itself on its transparency. He oversees internal learning activities, recruiting HR functions, and office operations, ensuring that the company’s people are supported in their continuous development throughout their journey. Before moving into this role in 2017, Tom served as the office-managing Vice President for the New York market. He was responsible for building, growing, and managing the local market consulting practice. Tom holds a BA from Yale and an advanced degree in music performance from Westminster Choir College.

We’re also pleased to introduce our second guest, Charles Bendotti, Senior Vice President of People and Culture at Philip Morris International (PMI). He was the architect behind the global equal salary certification and has been with PMI since 1999, when he started as a business analyst. He was named Vice President of Human Resources Asia in 2012 and was elevated to his current role in 2016. Charles holds a master’s degree in international relations, economy, and law from the Graduate Institute of International and Development Studies in Geneva, Switzerland, and an executive MBA from HEC Paris.

Jim: Thank you both so much for joining us today.

Charles: My pleasure, as well.

Jim: So, just to introduce the situation, I’m sure most of our listeners are aware, but the U.S. women’s soccer team won its fourth World Cup victory just about 10 days ago. And leading up to that team, leading up to that victory, was a lot of discussion about pay equity. Indeed, when the team won, the whole stadium began chanting “Equal pay.” For those who are not aware, what they’re talking about is that—although it’s a little complicated—essentially, the men and the women make very different amounts of money. Indeed, they compete in different leagues, and there are different bonuses and incentives, so it isn’t necessarily that the U.S. Soccer Federation (USSF) is paying one team less than the other team directly, as is often the case in employment issues.

But there is something happening. They kind of have a history with this. The women’s team, back in March 2016, filed a wage discrimination complaint against the USSF with the Equal Employment Opportunity Commission (EEOC). They claimed that the men were paid four times as much and that the women generated more revenue than the men’s team in 2015. One of the complications is that it’s different every year, and it has to do with how far they make it and what they compete in. But that year, they did earn more for the federation.

In April 2017, the women’s team and the USSF ratified a new collective bargaining agreement, which is good until 2021 and afforded some improvements, but it hasn’t seemed to have solved the problem. In February 2019, the EEOC ruled that they were allowed to follow suit, and the women did. Though initially, it was just 5 players, this time, all 28 players initiated a proposed class and collective action lawsuit against the USSF. They alleged discrimination based on sex—in violation of the Equal Pay Act and Title VII of the Civil Rights Act of 1964. Incidentally, they filed it on International Women’s Day as part of a statement.

I did mention the pay is complicated. We don’t have to get down to the details, but the Guardian did a great job of running down what the men would have been paid if they had made it this far (which, by the way, they never have) and what the women will make. It’s a bit of an estimation, but it’s saying that each woman will have earned $260,000, and the men would have earned $1,114,000 if they had gotten as far. Clearly, those numbers are not the same. So, we’re just here to discuss what’s going on. What do you guys think about it? And what do you think about pay equity in general? So, I guess the first question is, does that sound like equal pay to you?

So, I’m not even sure this is about equality of salaries; the women should be paid more—it’s as simple as that. And I don’t know why we have an issue talking about it. If there’s more revenue and more people watching, it generates more excitement for the population and for the public in general. So, we should not talk about equal pay. We should be talking about paying them rightly for what they generate. And here, for me, there’s no conversation. It’s much more than male. And let’s answer the question of why this is not happening because that’s the issue.

Jim: Yeah, that’s a really good point. Tom, did you have anything to add?

Tom: Well, I agree. It is about equal pay, and this is not equal pay. I do find the idea that part of their argument is based on the revenues generated interesting. That can obviously be a double-edged sword. One of the pieces at issue here is that the women are generating far more excitement these days than the men. And so, their jerseys are selling faster, and the viewing of the final was a record for soccer in the United States. It’s an amazing achievement for the women’s team.

And I think that this lawsuit really is part of the larger story around equal pay and equity in pay. And I think it’s no mistake that they filed the suit on International Women’s Day because to some degree, it is symbolic. As you said, the pay is complicated. And so, unraveling all the issues is actually quite difficult. However, the symbolism of women getting paid far less than men for not only doing the same work but also, in some ways, in this particular case, doing it in a way that’s generating far more excitement; interest; brand recognition; and, potentially, even revenue, depending on how it’s calculated—I think that’s a part of that larger story around inequity in pay for women across the globe and the United States.

Jim: Yeah, and I think what you’re referring to there is that the USSF did release a statement as to why their pay was not the same. And I don’t have it written down exactly here, but essentially, it was saying it was because of differing revenue streams and any other reason other than sex. So, if you parse that, what it’s saying is that maybe it’s because of different revenue streams—they are different, and they’ve been very different year to year. In 2015, the women made more. They haven’t always, and that’s really complicated because it has a lot to do with where each team is in this very long process of getting to the World Cup.

But on the other hand, it’s saying, “We have a reason, but we’re not going to tell you what it is. It’s any reason other than the one that gets us in trouble.” And it’s just something I think we’re all very familiar with hearing from large organizations. The second part of that quote is actually straight from the law where there’s language very similar to that. So they just go in and say, “Okay, what does the law say? Oh, okay. That’s what we’re doing.”

Jim: What advice would you give the women’s team going forward? Let’s start with you, Charles.

Charles: Well, the first one is about this fluctuation in revenues. You know, there’s nothing different between a women’s team and a men’s team. I mean, you know, I’m French. So last year, exactly a year ago, the French team won the World Cup. I’m not sure they will be able to win the World Cup every 4 years. So, there will always be a fluctuation in the revenues, even for the best team in the world, a male team. So, I don’t understand this argument. I mean, you cannot pay people because one day, they bring you money, and the day after, they don’t bring you money. If you were applying the same logic to us, it means that one day, I will make a million dollars, and one day, I will be in the streets. And I don’t understand this argument about the fluctuation in revenues justifying the difference in pay.

So, to answer your question, Jim, if I were one of the players from the women’s team, I would ask, what is the rationale behind that? How do you explain it? Why is our situation different from other sport people in the world, male or female? I don’t understand the logic. So, that would be the first one. I will try to understand where they’re coming from because I don’t think they can maintain that position for long.

Jim: That’s a really good point. It’s nice to hear that particular issue being addressed because I wrote an article about this just the other day. I pored through probably 25 articles trying to understand what’s going on, and no one was really adequately addressing that statement, short though it may be, from the USSF. Tom, do you have anything to add to that?

Tom: Well, I’m not sure I could give good advice to the women. They’re, I’m sure, well advised, and suing your employer is a complicated scenario. But my words would just be encouragement. I think that they have a moment here to really raise attention and awareness of the way the league functions. And I think that some degree of transparency and visibility into these things would be healthy. And again, that does cut both ways, of course, when you expose things like collective bargaining agreements, which I know the Washington Post got ahold of and the Guardian analyzed; some of those things are kept private for reasons of negotiation. But the more transparency, the more likely the outcome will be something that’s more fair, at least from the outside.

In part two of this article series, we’ll continue the podcast interview with Tom and Charles. Specifically we’ll discuss transparency, differing pay for individual players, and a few compensation ideas that might solve the problem.