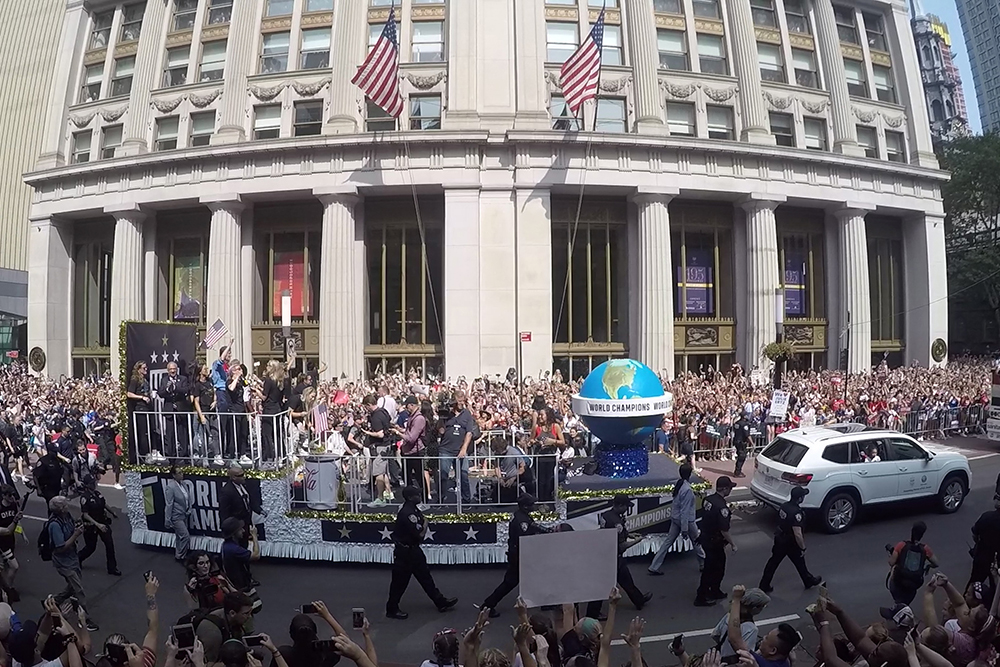 Jim: I think that there is sort of a tendency. I talk about transparency with a lot of people because it’s so important. And I think there’s a tendency in people, when they’re met with a challenge, to close down and not share. And I think, you know, that really continues in leadership, no matter the organization’s size. People take that with them and express it, and then, you add legal concerns to that. Everyone’s so afraid of getting sued that you have so many situations, and not just this one, when people in power, or people who have large organizations, just will not do what we all know is right or will not say the thing we want to hear. You have examples of people just not saying sorry because they’re afraid of the liability that will cause.

How do you each individually approach being transparent with those kinds of stakes? Perhaps you could start, Tom.

Tom: Sure. Well, transparency is a very important part of our culture in general. There’s a lot about our organization that already is transparent. So, for example, our salaries are completely transparent in our firm. Everyone knows what everyone else makes. The mechanisms by which decisions are made around promotion and salary are also all transparent. We publish all of our financial information to regarding employees. We’re actually an employee-owned company, which means there is a financial stake for employees in the company, and they are very interested in the financial performance.

So, a lot of information that isn’t always shared is shared at our company. So, when we are faced with a challenge like you just described, Jim, when there’s maybe someone who’s unhappy and asking questions that are difficult for us to face, we try to lean into that transparency and be honest and open and share what’s really happening behind the scenes and the reasons decisions were made. Obviously, that’s not always a popular thing, and the problems aren’t necessarily solved just by sharing why the problems came to be. But it does, I think, reinforce our culture of being open and trusting each other.

Jim: Charles, do you have anything to add to that?

Charles: Yeah, not much. I think Tom said it all. Obviously, we’re operating in a different environment because first, we are a public company; I mean, many of our people are shareholders, but ours is a public company, and we operate all over the world. So, we have more than 80,000 people. But I think the principle that Tom just explained is exactly what’s going to happen regardless of the size and where you operate in the world. Now, what we do slightly differently than Tom is focus on meritocracy. So, more than the individual, what really matters is what your position is or what your job is. We also look at grade and remuneration mechanisms linked to that, which are fully transparent.

If it were me, I would have no issue being transparent with people’s salaries, even from PMI, because this is a job, and if you get the same job, then you should receive the same remuneration—it’s as simple as that. Obviously, in different cultures and countries, you cannot do that by law, but without transparency, you create an environment where there is no trust, and then you, therefore, create the wrong perceptions. So, transparency is the only way to go. Now, yes, that may necessitate some very difficult conversations at times, but if we don’t face those conversations, nothing will change.

So, I prefer full transparency, having difficult conversations, and explaining the why rather than hiding and avoiding the conversation because if you do that, the boomerang will come back to you one day. So, the more transparent you are, the better it is for everybody.

Jim: What about the members of the USSF? What advice would you each give them, or how would you suggest they go forward?

Charles: I would only encourage them to do exactly what we did at PMI: Go for an equal salary certification, you know, in a very independent manner. We have been doing that at PMI, and I’m very curious to learn from Tom and his company about what they are doing. But for many years, we’ve been saying we are fully transparent, and we can assure you that we’re doing our internal check to make sure that we’re paying everybody equally. This way, at the end of the day, it’s done by us. That’s why we decided to go with the equal salary certification because it’s done by an independent third party—in our case, PwC. I don’t think you can find a more objective and independent auditor than PwC; it does everything for you on your behalf, and it has to protect its own reputation.

That gives trust to the entire organization. So, to come back to your previous question, this is a transparent and fair process—there is nothing to hide. [00:18:13] So, third-party certification, if done by the proper third party, is the best way to go.

So, for the members of the USSF, I would encourage them to seek an independent review of their practices if they have nothing to hide. And as with our review by PwC, sometimes, issues are discovered that need to be resolved. It is this knowledge, more so than the certification, gained from the third party review that generates trust and dialogue—people feel comfortable talking to someone who is not an employer. In this way, you create a space of free speech where issues can be raised and dissolved—a safe environment.

So, that would be my only advice—not only for the federation but also for every organization worldwide. Join the movement. You know, we talk enough; what people are looking for is action—it’s all about acting. I mean, talking is too easy, and I think the world is fed up with people talking. The world wants to see action and reality, and that is what I would encourage them to do.

Jim: Thank you. Tom, do you agree?

Tom: Well, it’s a hard question. If I were to think about the way that soccer, and the USSF, and the way it functions—if I were to think about reimagining that so as to guarantee that there is equity, it would be pretty radical. I mean, I would wonder, what are the core values of the soccer federation? And what are the core values around soccer being played professionally in the United States? Where does all that money come from, and where does it all go? For instance, for it to really function well as a value-based organization, the men’s and women’s teams would have to not be pitted against each other; they would have to be working together toward some common goal around fostering the values that animate soccer, why it’s important, excellence, teamwork, leadership, and all the other things that are on display when great teams play. That would be a complicated thing to reimagine.

There’s so much money at stake. I mean, all that money—you’d have to think about the way that the players are compensated, and in what way would that be fair? And I think one of the biggest issues—and this is true, I think, in many sports environments because there’s so much money at stake and because fairness is such a difficult thing to really nail down—is where all that extra money goes. Let’s say every player on both professional teams got paid the same amount, and let’s say that amount was something that everyone decided was reasonable. Let’s say it was $250,000, or something like that—I’m not sure whether that’s reasonable.

Does that extra money go into something they can all agree is important to make the world a better place? Because it certainly shouldn’t go into the pockets of the owners. It shouldn’t go into the pockets of the advertisers. It should go somewhere that really makes the world—if they’re really generating that much revenue—a better place. Maybe it could go toward fostering soccer internationally or other important things, such as to women’s leadership development in the United States. There are a lot of places where that money could go that maybe just aren’t pockets.

Jim: That’s a good answer. I’m thinking about other sports. Every year, we have the NBA draft and the NFL draft, and they’re not things I get that involved in, but some of my friends do. And part of the reporting is these contracts for these individual players, you know. So, one guy gets $115 million to do 5 years, and another guy gets $20 million to do 6 years. You know, it’s just, in any American sport that I can think of, equality isn’t even a concern—not even among teammates on the same team, let alone among specific gender-based teams. So, it seems like this whole thing is going heavily against the grain of sports in general. And I’m sure that’s contributing to this resistance we’re seeing.

Charles: It’s a very good question. I’m not sure there’s a need to be paid the same. You know, especially in sports, I mean, it’s very easy to identify the revenues. So, I would go simply for the law of the markets. I mean, if there’s higher demand and offers, then the price will go up. So, I don’t see the need to pay exactly the same. I think we need to pay based on the value the teams provide to the employers and the public in general.

It’s the same as in organizations. In organizations, not every employee has the same value. I mean, the CEO is paid more than others, and that’s fair because it’s not about the CEO as a person but rather the position. That’s what really matters—what the job or position is, not the incumbent. And I think what we need to do is remove anything personal from the equation and look at and talk about only the job. The gender of the person occupying the job is temporary and unimportant—it’s the job that really matters, and not all jobs are the same.

Jim: Great point. Tom, I think you already made your feelings clear in your last answer. I think I’m going to end it here, but this has really been great. I really appreciate both of you coming. I think we’ve offered a lot of interesting aspects of this issue for our listeners, so thanks so much for coming along.

Tom: Yeah, it’s been a pleasure.

Jim: Listeners, we are always interested in suggestions you might have for what HR Works should cover next. Feel free to reach out to us on Twitter, @HRWorksPodcast, with any thoughts or concerns you have about the podcast in general or if you just want to say “hi.” Thanks for listening. This is Jim Davis with HR Works.