Employee training often focuses on teaching specific, objective skills and knowledge, such as how to operate a piece of machinery, how to perform the monthly check-out, and the key compliance requirements impacting a particular industry. 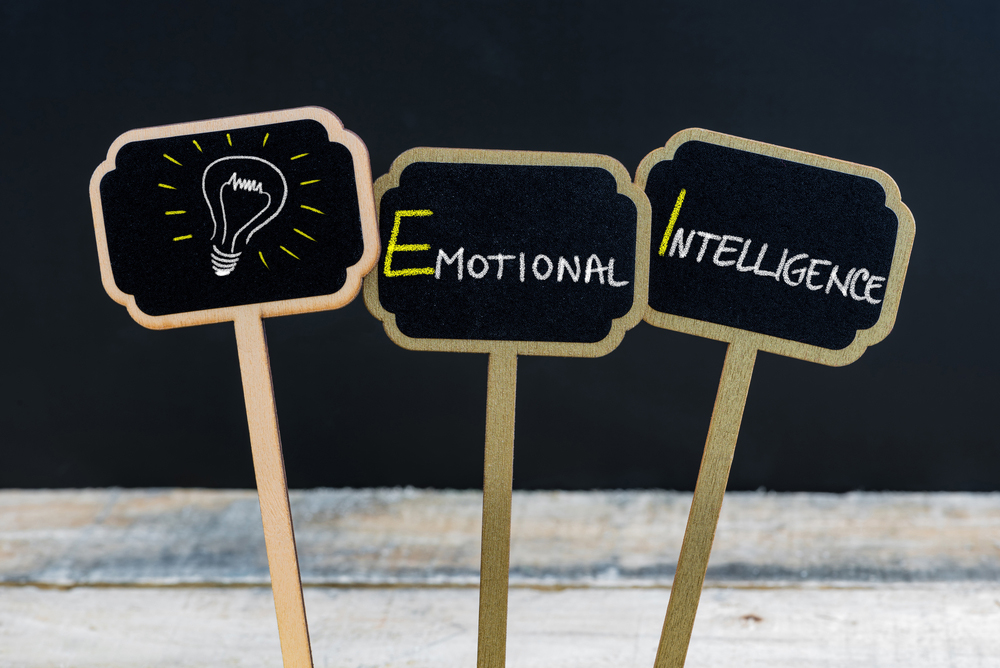 But soft skills are also seen as crucial for employees, particularly those engaged in customer interactions or leadership roles. For this reason, emotional intelligence (EI) has been viewed as a way to measure the admittedly objective soft skills organizations seek out in employees.

Here, we’ll provide an overview of EI, as well as some of its criticisms. Next, we’ll look at how EI can contribute to success for those in leadership roles and conclude with a discussion of the feasibility of training employees for greater EI.

“Emotional intelligence” is a term that has been around since the 1960s but really started gaining popularity in the mid-1990s with the release of Daniel Goleman’s book Emotional Intelligence. Also known as emotional leadership, emotional quotient, and emotional intelligence quotient, EI can be described as “the ability to identify and manage one’s own emotions, as well as the emotions of others.”

Depending on the model of EI used, there are generally five components to EI:

It’s easy to see how some or all of these skills could be useful for leaders or participants in workplace sensitivity, diversity and inclusion, or unconscious bias training. But it’s also easy to see why the concept of EI has been met with skepticism.

Here are some of the more common criticisms of EI:

Not a true form of intelligence. One frequent criticism of EI boils down to the terminology. Critics argue that EI isn’t really intelligence in the same way that someone with a high IQ might be proficient at processing information or solving problems.

In other words, they argue that someone with a high EI is perhaps simply a nice, sociable, conscientious person but isn’t necessarily good at reading people or self-motivation just because he or she understands some fundamental principle and has the intellect to apply it to real situations.

Difficult to measure subjective qualities. How do you compare one person’s ability to motivate a team with someone else’s on a qualitative scale? How can you measure someone’s self-determination?

While it’s certainly possible to come up with a rubric for assigning a numeric value to the elements of EI, critics argue that these are relatively arbitrary and subjective, making EI fundamentally difficult to measure.

Susceptible to faking. Even if one were to come up with a useful process for measuring EI, critics say, it’s easy for someone being evaluated to fake a high EI. Many of the characteristics are easy to grasp, despite whether one practices them in reality.

Value of the measurement. Relatedly, a key criticism of EI is that it really just measures conformity to social norms as opposed to some individual skill or ability.

Conflict resolution. Unfortunately, one of the major roles of a manager is to serve as a sort of referee or judge for disputes among team members. Strong social skills can prove extremely effective here in understanding the group dynamic and managing relationships.

Employee motivation. Keeping employees engaged and motivated requires, among other things, an understanding of what drives your team members and how to align those drivers with the goals of the group.

Employee development. Similarly, having a strong understanding of the individuals within the team can go a long way in encouraging and guiding their professional and even personal development.

Effective advocacy. By understanding what the team needs, the manager is in a good position to convey and advocate for the team up through the chain of command.

Personal drive. It’s not all about team dynamics. EI also means having a strong sense of self and personal drive. These factors help good managers go the extra mile to promote the best interests of the individuals in their groups, the group itself, and the overall organization.

Can EI Be Taught?

Now, this is the key question. Whether or not EI is a useful or even valid concept is of little use to trainers if it can’t be taught and learned. There has been much discussion and research on whether some are simply born with a high EI or if these skills can be learned.

This topic is worthy of its own lengthy discussion, but an article in Harvard Business Review by Tomas Chamorro-Premuzic distilled thousands of scientific articles on EI down to the following five key points:

EI is far from a universally accepted concept. The very idea is just a few decades old, and there are numerous critics and detractors. Nevertheless, there are also plenty of people who consider EI to be a beneficial and even crucial element in leadership ability.

Whether one is simply born with these beneficial traits or if they can be taught, however, remains an open question.

While EI may be difficult to teach, you can still train your workers on how to become effective leaders. If you want to learn more about creating an effective leadership development program, join us for the full-day preconference session “Leader as Coach: Leadership Development Training” at Workforce L&D 2019 in Nashville, Tennessee, November 14–15. Click here to learn more or to register today.