With such a variety of HR technology solutions available, it can be easy to think that there is a solution for every HR problem. Meet Diane Strohfus, CHRO of Betterworks, an HR software company with 125 employees spread across three locations in Denver; New York City; and Redwood City, California, as well as full-time remote workers. She believes that HR technology works best when it frees up employees from the everyday tasks and gives them the time to do what they do best: Be human. 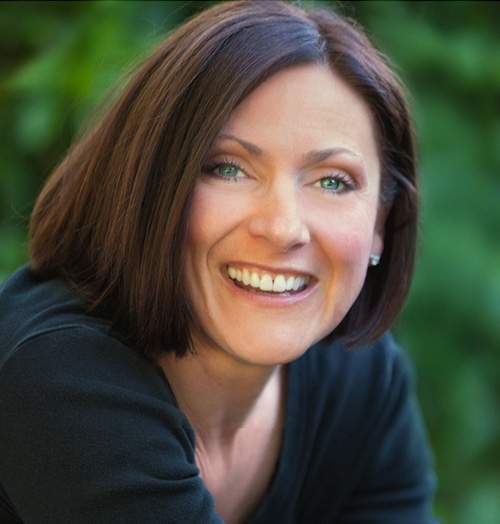 Where do you see HR going in 10 years?

“HR is so complex because there are so many different areas in HR. I do feel like what we are now finally seeing is the convergence of data and technology as it relates to engagement for employees, for example—or, taking the mundane tasks out of the employee experience and focusing on what employees really want, which is purpose in their work and to be successful.

“I think what we will see over the next decade or so is the convergence of technology to make the employee experience much better. We are already seeing AI for development, spoon-feeding development snippets in byte-sized pieces to employees when they need it, how they need it. It’s things like apps that are there to help with mental health, for example, because that has become a very big issue.

“There are a number of things that technology is really helping to enable to sort of extract some of those distractions in order to drive an experience that is really all about the work and all about the purpose and being part of something bigger than the employee’s self. It’s kind of an exciting time in the employee space.”

Let’s look at training and engagement. What would you say to a company that is trying to get started with an initiative when it has a bunch of disengaged and cynical employees?

“It used to be that the biggest disengager was the manager, and yet it can also be the biggest catalyst for change and for an engaged population. But now we are starting to see data that will also show us that if someone is not being developed, that’s one of the largest disengagers. The whole environment is shifting. The manager/employee relationship is really going to be critical for us.

“If you ask ‘what can the technology help us with?’ it may help us with the analytics and prompters for the discussion. At the same time, you are never going to replace the manager/employer relationship. It’s all about making sure that the conversations and the applications are aligned, and make it about the employee. When you see that this is all about ‘me; my development; my success; I’m feeling developed and invested in,’ then you’ll be a more engaged employee and be more likely to stay at that company a bit longer than you would have.”

Do you think that HR has enough control in companies?

“I think it varies from company to company. I’ve seen a shift in my 20+ years in HR among leadership. They are really thinking differently of HR than they used to. If you think about it, your expense for your head count is the largest expense that most companies incur. The only way to drive productivity and better results in your company is to invest in that large asset. That just makes financial sense.

“You also have a shift that is happening in the HR space. A lot of people, like myself, accidentally ended up in HR. I started my career in finance, and I have an MBA. And you see a lot of people like that in HR that segued into HR unintentionally. But, they liked it because we can see the value of strategic HR. My mantra has always been to bring the business to the people and the humanity from the people to the business—to be able to marry all of that and do that in a way that is strategically enhancing to the company. That’s not how everyone looks at it.

“I think that for those of us in HR that have been in it for many years, we’ve observed a variety of things that have happened—the shift in CEOs, for example, valuing HR more than ever before. By the time I got into HR, I actually appreciated the strategy of HR letting people do what you need them to do and create a work environment that makes them excited about doing that work.”

What are the most memorable moments in your career in HR?

“I think about 9/11 as one. I mean, humanity was at its worst and its best at the same time. I spent weeks clearing my calendar and listening to employees. And everybody had a story to tell—where they were when they heard the news, what that looked like, what their emotional reaction was. I worked for Cisco at the time; they had psychologists come in and talk to us as HR people after a month for a debrief because we needed it. The most momentous times I’ve had in HR where I’ve really felt like I was making a difference was human—it was spending time just listening to employees.

“I also had an experience where an employee was being moved by the company. He suffered a car crash with his family, and we spent weeks working on getting him through that. Because they were in the middle of a move, they literally were homeless. I spent weeks with leaders talking specifically about what we were going to do for this employee, doing daily check-ins, giving updates, and helping him navigate medical, moving, and family issues.

“These are the things that come to mind when I think about the biggest moments I’ve had in HR; it’s when it’s human. It’s practicing a level of empathy toward another human being going through some sort of crisis. I think this is where HR will be heading. I think the best technology can do sometimes is take away the distractions to enable us to focus on the human side. We have to be sure that empathy and that compassion is there.”

If you could say anything, professionally, to your younger self, what would you say?

“I would say take more risks. I don’t believe in fearlessness because we all have fears. It’s just what we do with those fears. I would encourage my younger self to take far more risks than I think I did, especially in my 20s. What we are afraid of is rarely as bad as we think it is.”

What do you think about high-potential employees (HiPos)? Do you tell them they are HiPos?

“Some of my prior companies had crafted some language around this issue. Rather than saying to someone that they were really a HiPo, we’d say, ‘We see that you have a lot of runway; we want to help you with that.’ People go through various stages of their career. Sometimes, we see a lot of potential in someone, and then 2 years later, we see they are ratcheting back in their career.

“There is some great data that has flowed in the last two decades around the fact that if you look at an employee over 20 or 30 years, they go through so many changes. They would be in a HiPo program, out of a program; they would be accelerating their career, then decelerating their career. Why? Because we go through different stages of our life. What we want today doesn’t necessarily work out. People might choose to accelerate their career in their 20’s and 30’s, but when they start a family they might want to take their foot off the gas a little bit. There is nothing wrong with that.