The high-tech industry is famous for its efforts to attract top talent. In addition to impressive salaries, companies like Google are known for over-the-top employee perks and inviting campuses—and for good reason. High tech has high competition. 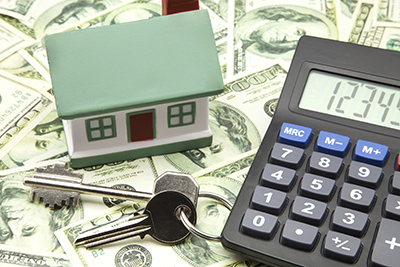 Companies in the tech industry understand that the organization with the best and brightest talent has an edge over its rivals. And despite this industry’s natural ability to accommodate telecommuting arrangements, there’s still a need for staff on-site.

The High Costs of Cost of Living

Unfortunately for the tech giants, their traditional stomping ground in California’s Silicon Valley is so costly that even tech employees earning six-figure salaries struggle to afford even the most basic accommodations.

In an industry that seeks to recruit talent from around the globe, the ability to afford housing within a reasonable commute to the office is a key consideration for employees.

With the average down payment for a home in San Francisco standing at a quarter of a million dollars, even a well-above-average salary may not make a potential employee better off financially than a lower-paying job in a more affordable geographic region.

That realization, along with public criticism that the tech giants themselves are contributing to the housing crises facing West Coast cities, has led to a series of serious financial commitments by the major players in the tech industry.

Apple recently announced a $2.5 billion investment toward combating the housing affordability crisis in California. And Apple is not alone; it’s also not the first to make such a commitment.

“Apple’s announcement comes on the heels of similar commitments from other tech giants that have had an outsized impact on the West Coast cities they call home,” writes Monica Nickelsburg in an article for Geek Wire. “Microsoft was a first-mover, launching a $500 million fund in January. In the months that followed, Facebook and Google launched housing programs of their own, each valued at about $1 billion.”

Apple’s press release provides a more detailed explanation of how its $2.5 billion commitment will be allocated, but here is a high-level breakdown:

In addition to the tax incentives and PR boon from such a large investment, the investment by Apple and other tech giants in affordable housing addresses a practical recruitment and retention concern for their industry.

The neighborhood in which a business is located has always been an important consideration for applicants and employees. If they don’t find the area affordable, that’s just one of many reasons they might look elsewhere for employment.