Recruiting has evolved heavily over the last 10 years—and not just because of record-low unemployment rates. Some candidates have become better negotiators. Some ghost interviewers. Others fight back when they are rejected, sometimes with foul language—at least, that’s been the experience of one seasoned recruiter. 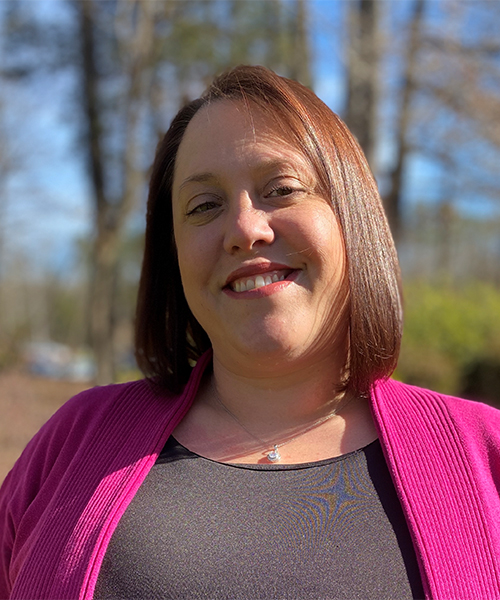 Meet Tiffany Dorsey, Human Resources Manager and Global HR Project Manager at Pulcra Chemicals in Rock Hill, South Carolina. Like many HR professionals, her work has been varied, but recruiting has been a critical aspect of that work.

How long have you been in HR?

I graduated from college for business administration in 2002. I concentrated in marketing and got a minor in Spanish. I didn’t immediately go into an HR-type role. It was about 2005.

What drew you to HR?

I actually attribute a lot of it to the military background of my family and moving around everywhere. But, I’ve always been a big people person and really enjoy helping people. I get along with people from all backgrounds and cultures really well and have never really met somebody I couldn’t talk to. One of my friends was actually working in HR, and she just said, “You know, you would probably be really good in HR because you actually like people.” I thought I’d give it a try, and it turned out that I really enjoyed it and was good at it, too. So, I decided to get my master’s in it.

What are you finding to be your biggest challenge as an HR manager?

Well, I would say lately, it has definitely been in recruiting. The talent pool just isn’t what it used to be. The vast majority of people we’re trying to reach and attract are already employed, so trying to entice them is more and more difficult. Some positions are easier than others, and it depends on the company where they currently work.

We’re a chemical manufacturer, and there aren’t too many other companies in our area. When we find chemical operators, we pretty much know the other companies they worked for. Having worked here long enough, I know approximately what some of the competitors pay, and I know that ours is better, so it’s a little bit easier to entice some people. For some of our other positions, like chemists, it’s a little bit harder.

Have you had to seek out any kind of negotiation training or anything like that to meet this challenge?

We’re a member of the Employers Association out of Charlotte, North Carolina, which covers the Rock Hill, South Carolina, area. It actually had a couple of free member events during which an expert negotiator came in to give us tips and ideas on how to negotiate with potential candidates. So that way, you hopefully try to get them to come over without giving away the bank. I have found that it has helped.

What are some of the techniques you’ve been employing?

Well, one of the biggest things the Employers Association recommended was to do an in-depth market analysis of all our positions to know exactly what the market is paying. It’s hard to really negotiate without that information. Candidates have a number in their head, and it may or may not be based on the actual market data. And then, you have a budget, and you have a number you’d like them to start at based on the position and its educational and experience requirements.

We put together the market data, which let us know where candidates fall. That has been one of the biggest things that has helped us—actually knowing what other companies are paying these same types of positions and knowing what our standing is in the market.

Other times, we’ve had to go back and forth a little bit, saying, “Well, you know, actually, this position is entry level, so you’re not going to get $70,000 starting right out of college.” That has also been a big challenge. Some of the recent college graduates have very unrealistic expectations.

Have you had to sort of relax your requirements at all in order to get employees? I’m sure that’s a challenge when you’re talking about a chemical manufacturing company.

We have two different divisions in our chemical manufacturing. We have a side that just does blending, so there are no actual chemical reactions going on. It’s just mixing different ingredients to make whatever the product is. And then we have our reaction side, where you have to have several years of actual chemical reactions experience. We don’t deal in dangerous chemicals here, but when you have something heated up to a really, really high temperature, there’s still a risk. So for those folks, we absolutely can’t relax on the experience requirements.

Do you find candidates are getting better at negotiating?

I think some of them are, and I think quite a few are maybe even getting some advice from other folks, like recruiting agencies. I think sometimes, the recruiters want to increase starting salaries so they get a bigger cut.

I also think some of the more seasoned candidates out there who have been graduated for some time or have been in the workforce for quite a while are getting a lot better at negotiating. When I first started out in HR, I think maybe 1 out of 10 hires would actually request a higher salary than what we offered. Now, I would say it’s the exact opposite. I would say 9 out of 10 always come back and say, “Well, I was hoping to get this.” So it’s more the norm to get folks asking for more money than not. Like, when I have somebody who doesn’t negotiate and just signs the offer letter, I’m almost stunned for a minute, like, “I’m sorry, did we forget a step here?”

Have you had an issue with getting ghosted by candidates?

Yeah. We haven’t had a huge issue of being ghosted by candidates, at least here at Pulcra. I had that issue quite a bit at my previous employer. I have been on the receiving end of not getting any feedback on the other side, so that has always really aggravated me. I think I probably over-communicate with our candidates because of having been on the side of not knowing. It makes you think, did they like me, or did they not like me? What could I have done better? Have they already picked somebody and I’m in hiring limbo right now? Are they going to call me in for another interview? What’s going on?

I don’t like to do that to other people, so I communicate quite a bit—either myself or my assistant—with our candidates, just to let them know what’s going on.

It’s crazy to me that people think it’s OK to just ghost potential employers. There are only so many employers around, and people know each other.

Right, right. Don’t burn your bridges. I think that was one of the biggest things I was told growing up from my parents, and then in college, I had very good advisors who were like, “Look, when you get out there in the real world, don’t burn your bridges because you never know.” And yeah, you may think you have found a better offer for now, but who’s to say that that place won’t go out of business in a year and you’re looking for a job again?

And I have a very good memory. The surprising thing is, lately, although I do my best to communicate with people and let them know what’s going on, I’ve actually been getting responses from people when we tell them, “Thank you for applying. We went with some other candidates who had more experience”; I’ve been getting some very nasty responses back from people, and it’s pretty surprising. And I think, you never know. Now, I’m going to really remember your name.

Not here, thank God, but at my previous company, I actually had two people request to bring their parents. And where I worked, we were actually located at the Charlotte airport behind security, so we had to put people’s names on a specific list that would allow them to get behind security for their interview. I would say, “No, first of all. Second of all, I’m interviewing you for the position, not your parents.”

When they just kept asking, “Well, can they be on the phone?” I finally was like, “Thank you very much. Good luck in the rest of your job search,” because I’m done. It was just mind-boggling to me. I never, ever would have thought to even ask my parents to come with me or even ask an employer if they could come with me. It just never entered my brain.

Do you have a hiring story you wouldn’t mind sharing with us?

Well, this is one of my most recent. We were hiring for a chemical operator in our reactions area, which, as I explained earlier, requires several years of experience. I went through and did my e-mails, letting people know they had not been selected for an in-person interview, and I got, almost immediately, two e-mails, one from a gentlemen who had been in the job market for several years and had been working a lot longer than I had. It was a very nasty e-mail saying, basically, “Well, you guys must not know what you’re doing. I have 20 years of experience, and you have got to be kidding me.” And I think, “Well, I’m definitely going to remember your name.”

Then I got another one in which the person said several words, which I will not repeat, in the e-mail about why they felt we did not review their résumé accurately because they were the much better candidate, but a lot of them were three- or four-letter words.

Wow. You really missed out.

You know, I was really bummed about that one. But yeah, those were the most recent. I have also had some interesting incidences of people not capitalizing their names on their résumés and others putting “lol.” I’ve had some “dot dot dots,” and I think, “Is this a text? Who helps you with your résumé? Obviously no one.”

I wasn’t reading anything funny, so that’s why I was wondering where the “lol” was from because there’s nothing funny in your objective of your résumé that would warrant an “lol.”

Have you ever read an objective that’s been the deciding factor for you?

I would say yes.

Well, a deciding factor to not move forward with the candidate.

Not a “Oh, we have to hire this person.” No, I’ve never read one that made me think this is the absolute best person, no. No, it’s always been a “Yep, I’m not reading any further.” Can you demonstrate how you’re hardworking and everything? That’s what I want to see. And then, I had one person who applied with a 10-page résumé.

Yeah, I don’t think I had ever received one that was that long before. I think the longest I had was probably six.

I didn’t read half of it. I think as soon as I saw that it said 1 of 10, I think I might have looked through the first 2 pages and then just scrolled and looked kind of briefly at it.