In the world of recruiting and retaining top talent, compensation will drive all your efforts this year. According to Monster.com’s 2020 State of the Candidate Survey report, compensation is a recurring theme among all jobseekers in every aspect of the hiring process and an employee’s tenure; because of this, employers that take an active approach to providing the compensation jobseekers and employees desire will ultimately win the war for talent. 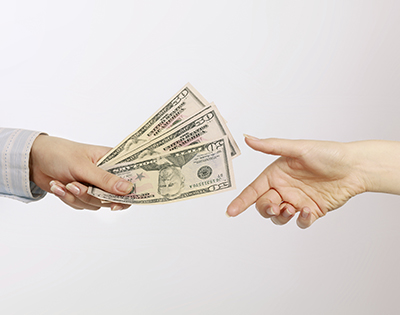 The employee life cycle starts with the recruiting process, so that’s where we’ll start our focus on Monster’s research. According to the report, 40% of candidates cite “higher salary” as the reason they start the job search process, followed by benefits (21%), job dissatisfaction (20%), and flexibility/lifestyle (20%).

Half (54%) of Monster’s respondents say they’ve changed jobs solely because the one they had wasn’t paying enough. Nearly one-third (32%) of candidates feel their pay is unfair. Those who say they are likely to search for a new job in 2020 are more likely to say they are not paid fairly (43%).

Salary Negotiations and Expectations During the Hiring Process

For candidates who seek out new employers that offer higher pay, more than half (60%) think employers have the upper hand when it comes to salary negotiation, but this doesn’t seem to affect candidate levels of comfort to negotiate.

When broken down by gender, only 58% of female candidates say they are being paid fairly compared with 70% of male candidates, which may relate to levels of expressed comfort negotiating salary.  Seventy-six percent of male respondents say they are more likely than females (69%) to feel comfortable negotiating their salary when accepting a new job, as well as at their current jobs (72% males and 63% females).

“In today’s tight labor market, it’s important to prepare competitive job offers for candidates. If salary range is out of the question, there are other important options to consider such as paid time off, flexible work arrangements, and retirement benefits. According to Monster’s annual State of the Candidate Survey, that’s exactly what candidates are seeking,” Monster Career Expert Vicki Salemi says in an e-mail to HR Daily Advisor.

“When considering a job offer, 73% of respondents noted salary as their number one consideration, followed by time off/vacation days (39%), flexible work hours (34%), retirement benefits (33%), and company perks/benefits (33%),” Salemi adds. “It’s also interesting to see candidates considering paid time off, healthcare coverage, and retirement benefits as part of their salary. That said, if an employer cannot match the salary amount the candidate is seeking, the employer can consider these three things within the umbrella of overall compensation.”

“Employers should go into the job offer expecting candidates to negotiate, assume they have other offers on the table, and be prepared to be competitive with their offer to not only extend the offer, but to ultimately close the deal with the new hire,” Salemi advises.

The gender pay gap issues will continue to plague employers in the new decade. According to Monster’s findings, females are more likely than males to hope to get a raise at their current job in 2020 (72% vs. 65%), likely because they feel they aren’t being paid fairly. The data reveal this is likely because only 58% of female candidates say they are being paid fairly compared with males (70%).

According to 80% of candidates, there should be greater transparency around salaries in the workplace. Nearly one-third of candidates (31%) say the gender pay gap favors men at their company, with females expressing stronger feelings about a gender pay compared with men (38% vs. 23%).

The gender pay gap has tangible implications: Females were more likely to say not making enough money to cover bills/debts contributes to their sense of mental/emotional distress at work (36% vs. 21%) compared with males. And for those who don’t feel they can make ends meet, many are forced to seek out additional employment elsewhere.

For talent who struggle to make ends meet, they turn to the gig economy to help pick up the slack. Two in five (43%) candidates say they have taken a second job to fill the gap in salary.

As you continue to recruit talent in 2020, keep in mind that jobseekers are searching for employers that will offer them the salaries they desire. But remember that money can’t buy everyone’s happiness, so be sure to inform candidates that you also offer rich benefits packages to meet their needs.