Some industries are more susceptible to turnover than others, but everyone has to deal with it to some degree. Keeping turnover at bay requires a lot of attention, especially when it comes to exit interviews. In this edition of “Faces of HR,” we speak with one expert who has developed a method for encouraging honest exit interviews that helps him support employee retention. 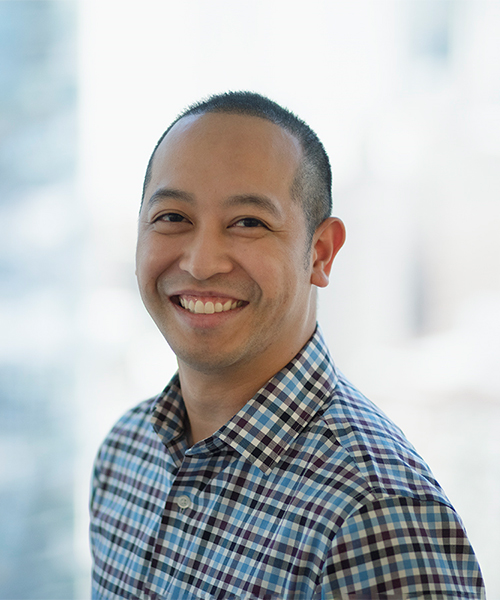 Meet Chester Lantin, HR Director at the major PR firm Walker Sands. Chester has been an HR manager of one kind or another for 9 years. How did you get started in HR?

I didn’t start college thinking I was going to get into HR. I didn’t think anybody would really know what HR was. I was actually a design major who quickly realized he wasn’t as good at design as he thought he was. I was just a guy who liked to draw pictures, apparently. So, I switched to business and began taking HR classes as part of that. I didn’t know what HR was, but I learned from the classes I took that it was something I wanted to do.

I enjoyed everything about it: the systems, the ability to be a strategic business partner, creating a business impact, and the talent acquisition piece, too. I felt all of those things spoke to me, and I decided to focus on HR.

And, I think the question “what got you into HR?” is a continuous process. The term is so broad. I could even say that I’m still getting into HR even today. With every role I’ve taken, I’ve figured out what it means to truly be an HR professional. It’s an evolving process.

I eventually moved from the question of liking what I was doing and being a strategic HR business partner to asking myself what type of organization I wanted to be a part of. I think I’ve had a pretty long career, and that process of getting into HR has been continuous and one that continues to lead me down the path of HR.

Is there anything unique about being an HR manager at a PR firm?

I’ve probably been in the PR industry for the majority of my career at this point. I think the unique and great thing about being an HR manager in this industry is that by its nature, PR is very people-focused. The only products they’re selling are their people and those people’s ideas.

I don’t think that’s the case in every type of organization. I think in some organizations, HR is more like Toby from The Office. He’s just the rule follower. Everything about being in a service industry like PR revolves around attracting and retaining the best people. I think it’s in a unique position where everything we do is very people-focused, maybe more than others.

It’s also a very entrepreneurial type of culture that lends itself to a lot of interesting challenges and different ways to think about the function of HR, especially in that retention function and how you can continue to keep employees motivated. That’s what has kept me in the peer industries so long; you work around some of the most creative people, which drives you as an HR professional to be creative in your position and think of new ways to deliver value in an organization.

You mention retention. In my position, I deal with PR people quite a bit, and anecdotally, I’ve noticed a good amount of turnover. Is there something unique about this industry that makes it like that, and how do you meet that challenge?

I think the communications and PR industries are unique and experience that type of turnover because they are top industries. I think a lot of people get into PR being very excited about it, and they join an agency and find that it is very hard. I definitely feel for those around me, and I think PR’s definitely not for everyone. But those people who enjoy it love it and end up sticking around. I also think that turnover comes from people. I think it’s still a relatively young industry, and a lot of people who come in are still figuring out what they want in their career. I think a lot of people get into a PR agency because they want to have a lot of varied experiences working with different types of clients.

People are also figuring out what they want; and I think how we address that is just being upfront and helping people figure out their careers. We’re going to lose people. But we want people to come in knowing what to expect and then give people the support they need to grow in their careers, whether that’s here or anywhere else.

How do you approach the retention issue? What’s your secret?

Oh, the secret. I wish I had a great secret! I think the secret is having great leadership who finds that as important as I do. I’ve seen companies that feel like turnover is just the nature of the beast and that there’s really nothing that can be done about it. To an extent, that’s true. But there’s a lot that’s controllable. I try to understand the reason people leave. I approach it from two directions. I think HR analytics data help a lot. But a lot of understanding why people leave comes from just regular, people-to-people conversations.

I also look at how people are doing on the engagement surveys and what people are saying on our exit surveys to understand the problem. Someone’s always going to tell you, “I’m leaving because of this.” Of course, that might not be the true reason. If someone tells you he or she is leaving because of compensation, I like to ask follow-up questions. What is it about compensation that makes you want to leave? Is it because you’re overworked, and you don’t feel the compensation you’re receiving is commensurate with that work? Or is it that you’re not getting paid enough to deal with this manager? You know, there’s always something to that. Most people don’t just chase money; there is likely an underlying problem. The approach I take is finding what’s being given on the surface and trying to find out what’s underneath that.

During an exit interview, how do you get the real story? Sometimes, leaving employees hesitate to be forthcoming during that process.

I think you put in some of that work before you have the exit interview, and then some of that is a little bit of luck. I want to talk about the work you’ve put in beforehand. I’m talking about the trust you build within an organization that helps you build equity with people. They then know that when they tell you something, it’s going to be handled professionally and in confidence—and also that you’re a human.

Is there something you see all the time—guidance made for HR professionals—that you think is a bunch of hooey?

The one thing I am constantly hearing is that the “performance review is dead,” which, to me, is a bit of a dangerous declaration. It’s also not true. It’s not dead, but there are many more alternatives and variations of managing performance. It’s like saying the wheel is dead because we’ve invented really advanced tires. I’ve seen this written about several times in articles, presented by speakers, and discussed in forums, and I worry that there may be all these HR professionals trying to be the next company to claim they “killed” their performance review, when, in fact, some of them honestly probably shouldn’t.

I understand and agree with the philosophical push behind moving past once-a-year performance reviews, and I am an absolute advocate for continuous feedback no matter what the performance management process looks like. I’m all for evolving and finding better ways to manage performance. HR should always be pushing to improve organizations and processes. I just don’t think there needs to be as much stigma around the specific process for managing performance as there seems to be with performance reviews. What works best for one organization may not work for another.

At the end of the day, as long as you’re ensuring there’s a process in place to facilitate regular career conversations between managers and their direct reports, whether that’s every day or once a year, anything is better than nothing. I once worked for a company where, upon starting, several employees, some of whom had been employees for years, complained to me that they’d never once had a performance review since they started. Some said they had no idea what they needed to do to advance or even what their career track was. Despite pushback from several managers and even some executives, we implemented a simple annual review. It was almost surreal to get “thank-you’s” from employees after requiring them to have their first performance review.